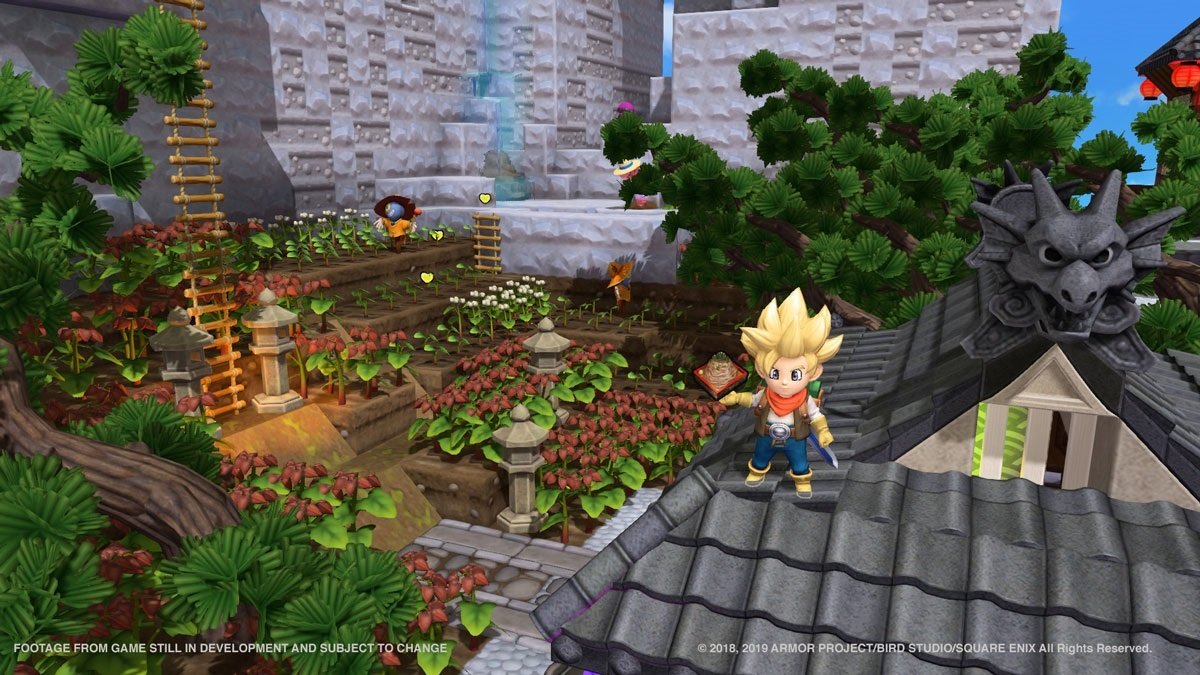 We've been keeping a sharp eye out for any inkling of issues in the Dragon Quest Builders 2 Switch performance during our time with the game and the good news is there's been little to write home about. The sequel to Square's somewhat forgotten "Minecraft clone" is nowhere near the stuttering slideshow of its PS Vita release, though it isn't without its handheld quirks. Here's the lowdown on what we've noticed about the Dragon Quest Builders 2 Switch performance in our time with the game ahead of today's launch.

First up some very technical specs before we get into how the Dragon Quest Builders 2 Switch performance plays out in real (alternate) world scenarios. The install size if you're grabbing it off the eShop is 1.5GB, and it runs at a capped 30fps whether docked or handheld. From what we can tell by playing in both docked and handheld, the main difference is screen resolution (to account for the larger television screen), draw distance and some post-process effects in certain lighting conditions are more noticeable (the only togglable visual setting is water translucency, though in Story Mode it is locked to one option anyway).

The framerate cap isn't especially noticeable in either docked or handheld mode when pottering about your town, building and farming and whiling away the hours. The only jarring bit of Dragon Quest Builders 2 Switch performance we've seen when building is that sometimes after destroying a block it will pop out into collectible form but a ghost of the physical block will remain for just a few tenths of a second too long. The collision box disappears immediately, though, so you can carry on without missing a beat. And the reverse effect, a physical block not loading in immediately on placing, can sometimes happen to. You can see it at around 47 minutes in the below video of Switch gameplay.

However, when leaving the safety of your village, you also leave the relative safety of short draw distances and low object-on-screen counts. The added sprint feature in Dragon Quest Builders 2 (by holding the R shoulder button) is very much appreciated, but the increased speed you fly through the environment can cause some frame drops and stutters as the Switch's processor struggles to keep up. It is quite rare, and mostly in dense woodland areas where the object count is high, but if your eyes are trained on 100+ Hz monitors you'll see them.

For what that does to the game experience however, the effect is almost entirely negligible. You're not attempting to pull off tricky quickscoping or tough movement tech (though that sprint feature does give you some impressive long jumps) so losing a frame or two every couple of minutes while out exploring isn't the end of the world. For our money, the Dragon Quest Builders 2 Switch performance is more than enough to satisfy our handheld adventuring needs. We'll be interested to see how this performance compares to the Nintendo Switch Lite when it releases.