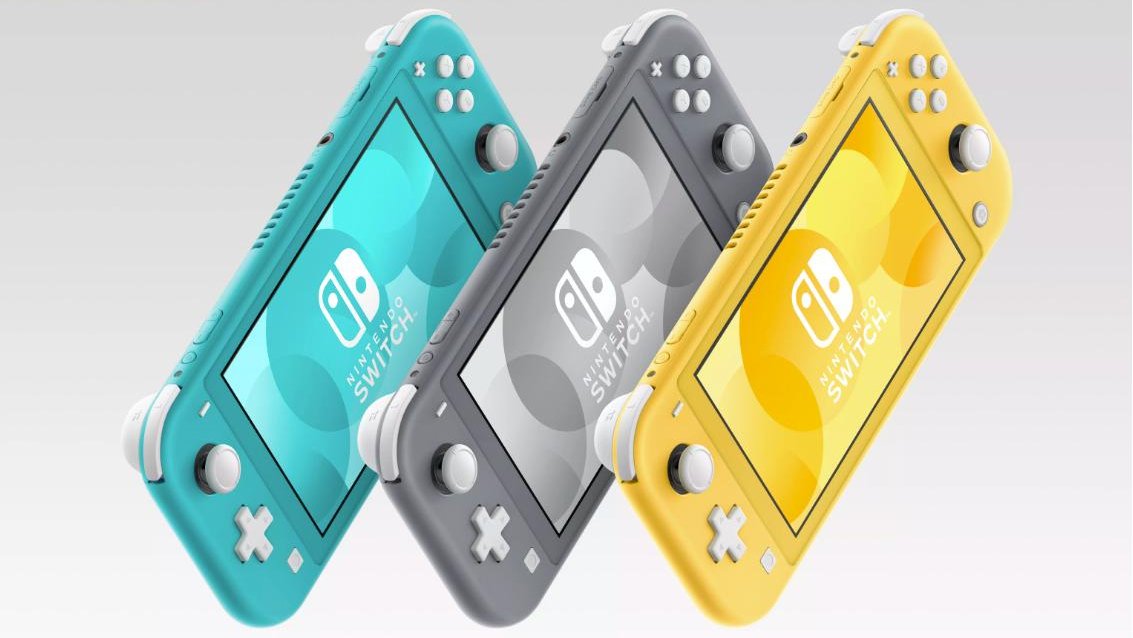 The Nintendo Switch Lite, announced today with a $200 price tag and September 20 release date, won't be everyone's cup of tea thanks to some missing features and technical compromises. But to other people it'll be much more appealing than boiled leaf water and milk.

With no detachable Joy-Cons and a limited spec list, the Nintendo Switch Lite won't: dock with your TV, play motion-controlled games, work with Labo, or even have HD rumble vibration (good luck finding those hidden moons in Mario Odyssey then). What it will have is a smaller profile, longer battery life and an actual D-pad that isn't total trash. For some people that combination is the holy grail they've been waiting for, and it's not just salty Smash players.

The screen, while matching the PS Vita's 5.5 inches almost exactly, appears to at some point have been swapped in to replace the original Switch's 6.5-inch LCD. The area including the border of the Switch Lite's screen is a perfect match for the original's screen size, suggesting that it could originally have been intended to host the larger screen during development. Whether it was a cost or performance cut, it's an important factor in what makes the Nintendo Switch Lite an attractive prospect to so many.

Why to buy the Nintendo Switch Lite

Shrinking the Switch for smaller hands is a move Nintendo know they won't suffer from. The Nintendo 2DS was firmly derided as a pointless product on its reveal, yet it put powerful (and expensive) portable tech into younger, accident-prone hands in a much more hardy form factor. By removing the more expensive constraints of their hardware (3D vision tracking, hinge-mounted screens) Nintendo managed to open an entire platform up to a demographic that otherwise might not be physically capable (or trusted) to play on. And with characters as cutesy as the Mushroom Kingdom's, locking kids out is a terrible decision.

The Switch Lite is squarely aimed at the on-the-go audience, which counts many adults among its members as well as kids. And thanks to its all-in-one package, will feature far more durable industrial design than the satisfying, but wimpy clicks the Joy-Cons of the original snap onto the screen with. The lack of TV docking is music to some players' ears as well, as paying $100 for functionality they aren't even using is a sting in the original's price tag. Despite the technical impressiveness of Nintendo's TV magic, a solid chunk of its playerbase aren't even playing on the big screen, and those who do are left with a fairly rough 1080p slideshow presentation at times.

Doubling down on what makes the Switch a fun console (great games that can be played any time) is going to appeal to a massive and, as yet, surprisingly underperforming market: Japan. While Nintendo's homeland has accepted the Switch wholeheartedly, with sales figures already outstripping the PS4's lifetime numbers in the region, adoption is still far off the pace of other Nintendo handhelds such as the DS and 3DS.

Handhelds historically do well in Japan thanks to the reduced number of large screens in homes (smaller homes = smaller screens), and with a fully handheld Switch at a smarter price point this should account for the slower starting pace of the platform. Add to this the Link's Awakening and Ni No Kuni releases on the same day as the Switch Lite, as well as Dragon Quest XI S the week after, and that seems like a perfect launch window to capitalize on the Japanese market.

So while some people might be thinking "why would I buy a Nintendo Switch with fewer features?" others are looking at the Nintendo Switch Lite and thinking "finally, a handheld I can give to my kid and not worry about" or "perfect, I don't even have a TV to dock it with". Different strokes for different folks.