The next Apex Legends DLC character has finally appeared in-game, but you'll need to be quick if you want a look at him. 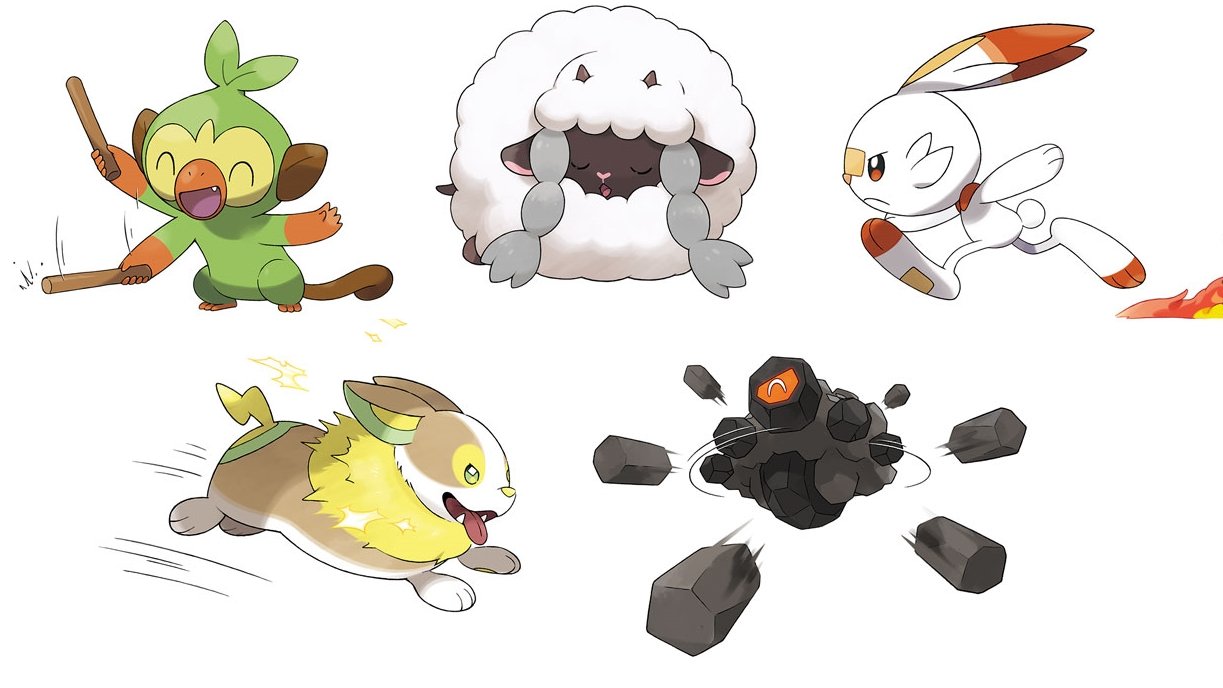 Anime and indie fans have much to enjoy in the Xbox Game Pass releases arriving soon in September.

Pokémon Sword and Shield will take us to the Galar region, letting us explore an entire new island inspired by the United Kingdom. Of course, one of the most exciting things about a new region is a whole new generation of Pokémon for us to find. We’ve yet to discover the full roster of creatures we’ll be able to catch and train in Galar, but Nintendo and the Pokémon Company have been slowly teasing us with more and more reveals. We’ve checked through all the trailers and clips shown so far to bring you this list of all new Pokémon in Pokémon Sword and Shield.

There are plenty of new additions coming in Pokémon Sword and Shield, and we’ve already been given a short glimpse at the Legendary Pokémon from the Galar region too! Here’s every new Pokémon that’s been shown so far:

The Chimp Pokémon Grookey can photosynthesise, creating energy from light through his fur.

The Rabbit Pokémon Scorbunny can heat up its feet for attacks. If it warms up its body temperature and raises its heart rate, its attacks grow stronger!

A shy Water Lizard Pokémon, Sobble’s tears can cause others to cry, similar to the effect of 100 onions. When Sobble enters water it can change its body pattern to blend in with its surroundings.

A large dog who carries a sword, Zacian is the Legendary Pokémon for Pokémon Sword.

A large dog with a shielded face, Zamazenta is the Legendary Pokémon for Pokémon Shield.

Alcremie is capable of producing whipped cream from its body, making it a popular Pokémon for pastry chefs. The happier Alcremie is, the better quality the cream. The cream can be used to soothe aggression of opponents during battle.

A regal Raven Pokémon, Corviknight is one of the most powerful creatures to roam the skies of the Galar region. In-game, Corviknights often work for the Galar Taxi company, transporting players across the world.

Drednaw is known as a Bite Pokémon. Its powerful jaws can crush even iron. With a wild temperament, many trainers struggle to handle Drednaw.

This metallic Alloy Pokémon is impressively tough and light, letting it move quickly in battle. Duraludon live in mountains, and can often be found battling the Tyranitars with which they share their home.

A giant dandelion-headed, Cotton Bloom Pokémon, Eldegoss is the evolution of Gossifleur. The cotton on its head protects it from damage, and the seeds which grow there are highly nutritious. When Eldegoss spreads them throughout the land, they enrich the soil of the Galar region.

The Flowering Pokémon Gossifleur can heal others with its pollen, and prefers to live in areas free from pollution. It travels through the world by floating on the wind, adjusting its body to control its direction.

A Coal Pokémon, Rolycoly’s body is attached to a large lump of coal that it rotates like a wheel to move. Glowing red eyes allow it to see in the dark, making it a common sight in underground mines. It produces coal naturally, which made it a staple in most Galar-region houses in the past. The Steam Engine Ability boosts Rolycoly’s speed any time it’s hit by Fire or Water attacks.

The Sheep Pokémon Wooloo is covered in fluffy fur that regrows in just three months when cut. For that reason, Wooloo fur is regularly used in clothing and other materials. A friendly Pokémon, it avoids conflict by rolling away.

An electric type, the Puppy Pokémon Yamper generates electricity as it runs. It can’t store this power however, so creates sparks as it moves instead! The new Ball Fetch Ability means that Yamper will return the first thrown Poké Ball that fails to catch a wild Pokémon, provided Yamper isn’t holding an item already.

Morpeko is an interesting Pokémon exclusive to the Galar region. It is an Electric/Dark type but has a Form-Changing mechanic based on how hungry it is. When satisfied, Morpeko will be in "Full Belly Mode" and its Aura Wheel move will be Electric type. But when hungry, it enters "Hangry Mode" and changes Aura Wheel to a Dark-type move. Morpeko changes between each form at the start of every turn, making its type predictable to plan around in battle.

This is a Galar-region-specific third-stage evolution of the Galarian Zigzagoon and Linoone (listed below). It uses the Obstruct move to counter-attack in battle, with its sharp claws.

With an Insatiable apetite, Cramorant will try to eat anything and everything it comes across. If Cramorant uses Surf or Dive during battles, it will return with a fish in its mouth. This allows it to the Gulp Missile ability, returning fire when attacked.

Polteageists like to hide out in hotels and restaurants, disguising themselves as different items of tableware. If Polteageist trusts a trainer, it will allow them to sample its tea.

Sirfetch'd is a Pokemon Sword exclusive, as you might be able to spot thanks to his lengthy leek weapon. An evolution of Farfetch'd, the official page states that "Farfetch'd that have survived many battles can attain this evolution. When this Pokémon's leek withers, it will retire from combat." Its unique move, Metor Rush, deals massive damage in a charging attack but leaves Sirfetch'd unable to act for another turn.

All new Galarian Form Pokémon in Sword and Shield