Arriving in the second DLC pack, Tetris 99 will get a new offline multiplayer mode. 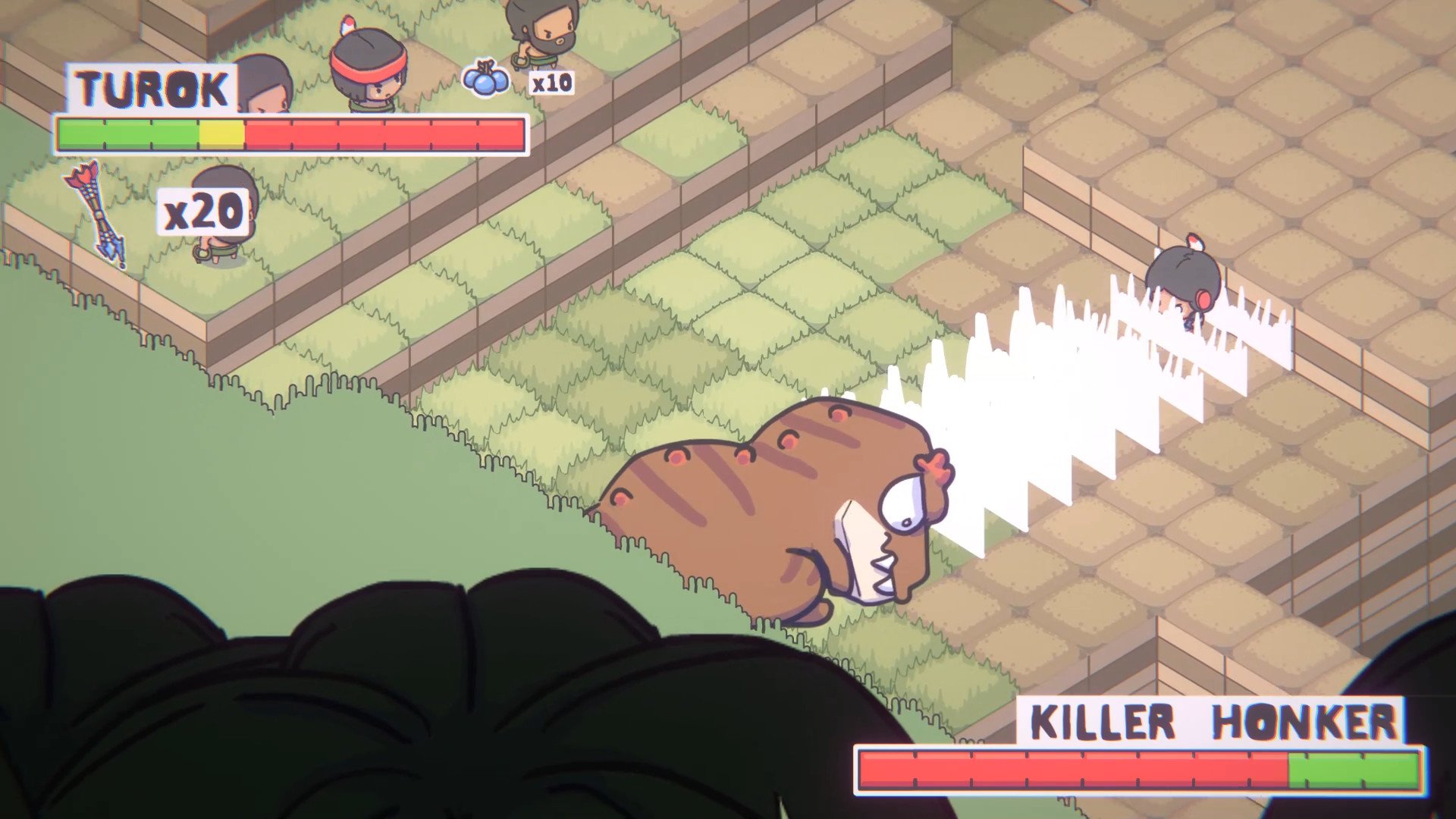 Yes, that’s right, there’s a new Turok game on the way and it looks shockingly cute. Turok: Escape from Lost Valley was planned for a surprise release on July 25, but the Steam store page appears to have been put up early. It's Turok, but it's not a shooter, and there's certainly not going to be much gore.

Turok: Escape from Lost Valley puts players back in control of Turok as he and Andar try to navigate through and escape from a strange world. This time around the game is viewed from an isometric perspective, and the Lost Valley is looking distinctly soft and blocky.

An action-adventure game, it looks like Turok and Andar will need to platform their way through the pillow-like environments, taking out hostile creatures and people along the way. There are plenty of recognizable enemies and bosses such as a giant T-Rex, but you can expect an awful lot less blood (read: none) in this new Turok adventure. We’re fairly certain the Cerebral Bore won’t be making an appearance.

“In Turok: Escape from Lost Valley, you wake from a long sleep as Turok and adventure alongside Andar through the dangerous world of the Lost Valley as you seek to find a path home.

Encounter iconic creatures from the Turok comic series with a cute but dangerous twist. Master the art of the knife and the bow as you encounter adorable but deadly enemies, discover a path through unique environments, and choose the best weapon for the enemy in front of you.

Live the adventure! Confront your foes, assist primordial natives, and keep Andar and yourself alive as you Escape from Lost Valley!”

Turok: Escape from Lost Valley is being developed by Pillow Pig Games, who previously worked on the local multiplayer battler, Fighties. There’s no price yet or confirmation that it’ll release on platforms other than PC, though we can’t see any reason that wouldn’t make the jump to PS4 and Xbox One at least.