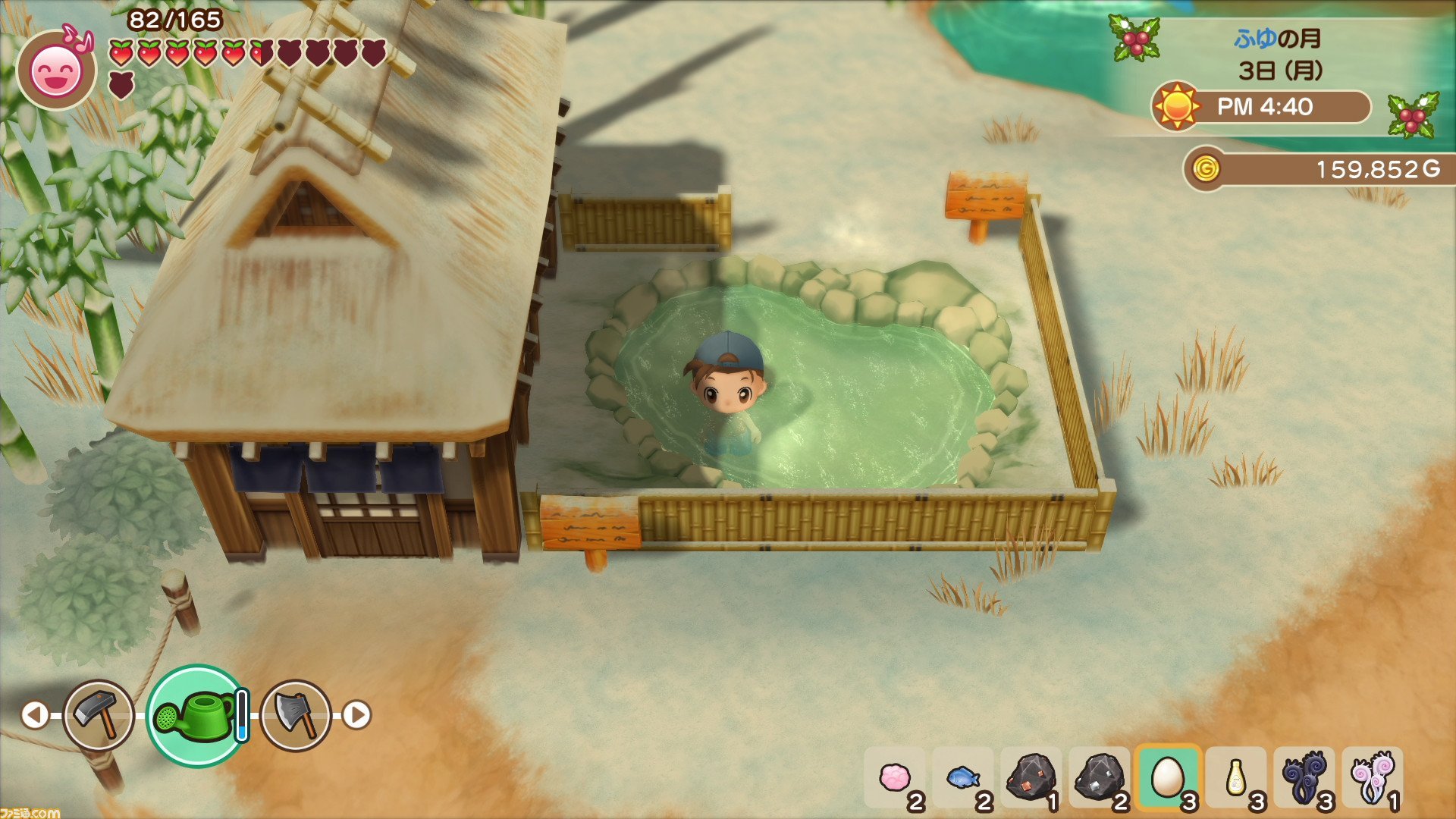 UPDATE: Story of Seasons: Reunion in Mineral Town (also known as Harvest Moon: Friends of Mineral Town) now has a trailer, and has been confirmed by Marvelous, Inc. for a Western release sometime after its Japan launch on October 17 this year.

Another Harvest Moon game will arrive on Switch this year when Japan gets a remaster of the farming sim originally released for GameBoy Advance.

Specifically Harvest Moon: Friends Of Mineral Town will be freshened up for release on the Nintendo Switch in time for October 17, but so far only Japan has been confirmed to receive the remaster.

Harvest Moon's Switch remake was confirmed by Famitsu magazine, as their upcoming weekly issue for July 18 (released on July 4) revealed that Marvelous Interactive will be remaking their definitive entry into the farming sim genre.

Details are scant so far, owing to a teeny tiny double-page preview of the article, but it looks like there will be a male and female player character yet to be revealed, and a few screens from the game show off the seasons and weather, as well as a relaxing open-air onsen to take a bath in.

Friends of Mineral Town remaster follows on the back of Harvest Moon: Light of Hope which released on the Switch, mobile, PC and PS4 in September 2018 to middling reviews. Perhaps a return to the Story of Seasons series might recapture what made the Harvest Moon series such a beloved franchise in farming fans.

There will be more details on the Harvest Moon Switch remaster when Famitsu's July 18 issue releases near the end of this week.