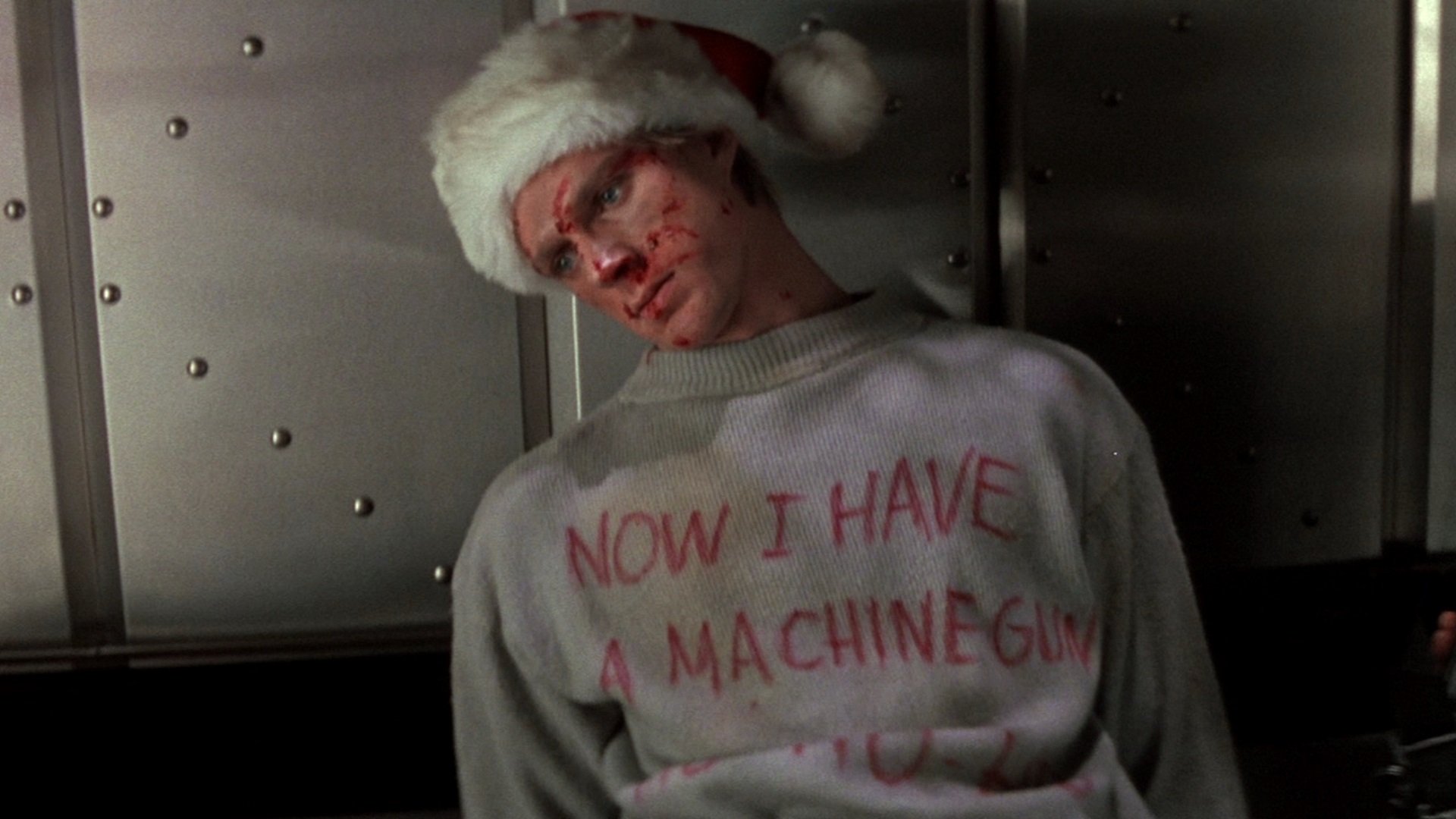 2017 has been a spectacular year for gaming, and while titles like What Remains of Edith Finch have demonstrated just how diverse and imaginative the medium can be, guns and shooting remain a core part of modern gaming. From shotguns to laser beams, developers have had a long time to perfect our virtual weapons of choice, but this year has gifted us some firearms that feel so good we’d struggle to choose any others at the firing range. Here are our picks for the most satisfying guns of 2017:

The Evil Within 2 - Every shotgun

The Evil Within 2 was a surprisingly decent stealth-action game, if a little low on the scares front. What is lacked in horror, however, it more than made up for in meaty weaponry. We’d be remiss to skip over the excellent Warden Crossbow, which can be loaded with a selection of different bolts, and drops zombies with a brilliant wet thunk. However, The game’s real stars are its three shotguns.

Shotguns are a staple of video game shooters, but few truly nail that punchy feedback we crave. The Evil Within 2 offers not just one, but three superb shotties, each as satisfying at the last. Starting you off with a sawed-off, you later get the chance to discover both full-barrelled and double-barrelled shotguns. A big part of what makes them so great is the way zombies recoil when hit, a cacophony of blood erupting outward as they’re flung backward. It’s enough to leave us feeling all warm and fuzzy inside. You might get access to a flamethrower and sniper rifle in the later stages, but we couldn’t help returning to the boomsticks.

Bungie might have recently hit it with the nerf hammer, but for a time, the Prometheus Lens was the go to gun in Destiny 2’s PvP Crucible. As players began to realise just how broken the weapon was, they started scrambling to acquire it. The best part? Bungie’s initial solution was to make the weapon available to all by adding it to space-merchant Xur’s list of goods. For a time the Crucible was filled to the brim with red lasers splaying out in every conceivable angle as both sides did their best to melt the opposition. It was certainly stupid, but by god was it fun. So much so in fact that Eurogamer’s Wesley Yin-Poole ran an entire article on how much he loved it.

The weapon itself is great, giving off a real aura of heat as it frazzles a target — it’s no surprise to hear it was inspired by Halo’s equally superb Spartan Laser. But the real reason this had to make the list is it’s one of gaming’s rare “you had to be there” moments. Events like these breathe life into living games like Destiny 2, and you can be sure that players will look back fondly at the time the Prometheus Lens’ lasers lit up the Crucible like a christmas tree.

PUBG’s fully modelled bullet physics mean landing any shots at a distance is a rewarding experience, but the bolt-action Kar98k sniper rifle takes that to another level. Requiring careful aim and timing, the weapon is the most powerful gun you’ll find outside of a supply crate, and has quickly established itself as a favorite of streamers and top players.

With its slow rate of fire, the Kar emphases skill above all else, which makes landing that long range, insta-kill headshot all the more gratifying. Knowing that only a level three helmet will stop a shot from taking you down, only the crate-dropped AWM outdoes the Kar when it comes to the sheer panic that sets in as shots start coming your way.

The Kar had better watch out though, as the Miramar desert map has introduced the iron sights only Win94. It’s a tough weapon to use well, but people are already pulling off some ludicrously entertaining shots like the one below.

Ah, blasting Nazis — is there a more iconic video game pastime? With its impressive lineage, Wolfenstein is the unquestionably daddy of Nazi slaying, and 2014’s The New Order offered a particularly delicious selection of guns with which to do so. Wolfenstein 2: The New Colossus certainly had big boots to fill, but thankfully it didn’t disappoint. When it came to weapons, the Schockhammer proved Wolfy 2 was more than packing the goods.

A monstrous shotgun/gatling gun hybrid, the Schockhammer is packed to the brim with features that really amp up the pleasure. The two firing modes feel great in their own way, but it’s the unusual rotating barrel and visible ammo feed that give the weapon its edge. Watching the shells count down as your screen judders from each shot, you know there won’t be anyone left standing by the time you’re empty.

Mario + Rabbids was a surprise gem in the Switch’s catalogue, offering a simpler take on the XCOM format that brought its own, unique style. Putting guns in the hands of the Mario cast was a jarring image at first, but it all became clear once we got control over the man in Green. Mario might be in the title, but it’s Luigi who found his true calling in here, nailing ruthlessly pinpoint shots on enemy rabbids from across the map.

You can unlock a bunch of different sniper-vacuums over the course of Mario + Rabbids, but it’s Luigi’s fiendish Steely Stare ability that really sells the weapon. Entering an reaction state, our green assassin will snipe anything that moves with a cold efficiency that betrays years of combat experience. Better yet, Steely Stare can be upgraded to give Luigi up to three reaction shots, transforming him into the all-seeing (and all killing) eye of the battlefield. He may hide under a veneer of shy bashfulness, but we all know the truth, we’ve seen Luigi's death stare in Mario Kart 8.

The Legend of Zelda: Breath of the Wild - Shield reflecting Guardian beams

Okay, we know this one isn’t really a gun, but it does involve a laser shot, and when it feels this good, do you really care? Early on, facing Breath of the Wild’s six-legged Guardians is a daunting prospect. Capable of killing in a single shot, these mechanical hunters crawl the landscape, scouring the horizon for prey. The terror of their jittering laser sight locking itself upon you is only amplified by the tense, mounting piano notes that alert to the danger.

Typically, these mechanoids are taken down by hacking off their limbs, but for the brave, there’s another, far riskier path. By carefully timing Link’s shield parry, you can reflect the guardian’s own laser back at it, dealing enormous damage and killing it in just a few hits. You’re only given a split second to react, and the consequences of a miss are severe. To make matters worse, the laser actually has travel time, meaning you need to adjust your parry timing based on distance. Once you do land it for the first time however, it’s difficult not to get hooked.

Landing a perfect parry slows time to a crawl, letting you watch as your killer blow flies back into your would-be killer’s glowing eye. It’s a euphoric feeling, and left us so excited the first time we managed it that we were too busy cheering to block the next blow. Whoops.

By the time we finally scaled Hyrule Castle, we’d become the kings of reflection, rebuffing all attacks on our way to the big bad. The move never lost its appeal over more than a hundred hours of gameplay, marking itself as just another brilliant gem in Breath of the Wild’s impressive crown.