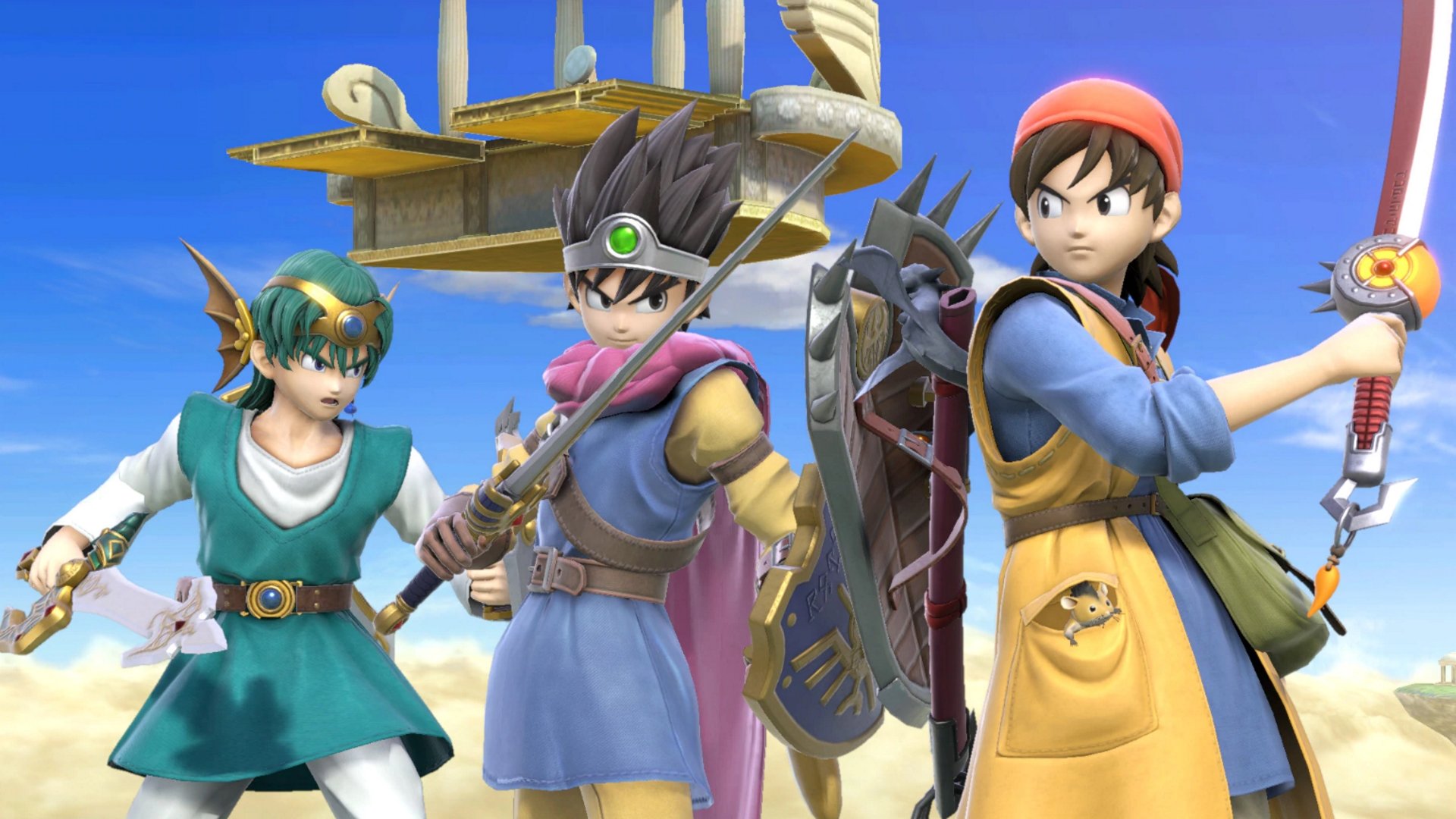 Sakurai Column 582 in Famitsu discusses how Nintendo managed to add the characters to the series, and teases a few extra details about how they’ll each work. Famitsu is a Japanese print magazine, but the column has, as ever, been translated by NintendoEverything and AllSourceGaming’s PushDustIn.

Discussing the Dragon Quest Hero, it sounds like Sakurai is quite the fan of the series and had to spend some time mulling over how he’d work in-game.

“It’s hard to believe, but the day I get to work on Dragon Quest content has finally come…” Sakurai writes. “During production, I took the time to think about what I could do to make the fighter uniquely Dragon Quest – that resulted in including the traditional “Commands” from the games. I’d have a window appear, with the player being able to choose from spells and techniques that appear at random. For that, I co-opted the MP system.”

The spell command system was shown briefly in the character reveal trailer (see the image below), and Sakurai's comments suggest players will have access to a randomly selected pool of spells each time they activate the ability. If it is randomized, players won’t be able to pick and choose their spells in before a match, which could prove troublesome for some high-level players.

The good news there is that it’ll keep your opponent on their toes as much as you! From the looks of it, the command list will be the Hero’s neutral B special, with multiple taps moving the cursor down the list. There’s a limited supply of mana that’ll recharge as you’re playing, so you can’t just spam spells from a distance. We’ve seen sleep, reflect and buff spells in the footage shown, but we’re sure there are plenty more to discover as well.

Discussing Banjo-Kazooie, Sakurai noted that they’ve been requested for a long time by western audiences. Even though they originated on a Nintendo console, being able to get them in Smash was no easy feat given the license was owned by Microsoft, who are technically Nintendo’s rivals.

“Speaking of Microsoft, it originated as a rival to Nintendo; with that said, however, there’s no sense in throwing salt at former business enemies,” Sakurai states. “Bearing all of that in mind, they willingly loaned us the rights to the character for this game, and Rare’s employees were received with open arms. Thanks to that cooperation, we were able to help a lot of fans’ dreams come true!”

This is Sakurai's personal opinion but he doesn't really care for console wars. No matter what kind of consoles come out, if there are enjoyable games, Sakurai will always respect that. pic.twitter.com/7gJLdk6YyY

The Dragon Quest Hero will be added to Super Smash Bros Ultimate in Summer 2019, while Banjo-Kazooie is planned to release in Fall 2019. Which are you most excited for? Let us know in the comments below! Click here to see some more screenshots of the characters in action.