If you're finding yourself a bit stuck after earning the Double Jump shard in Bloodstained: Ritual of the Night, we can help. 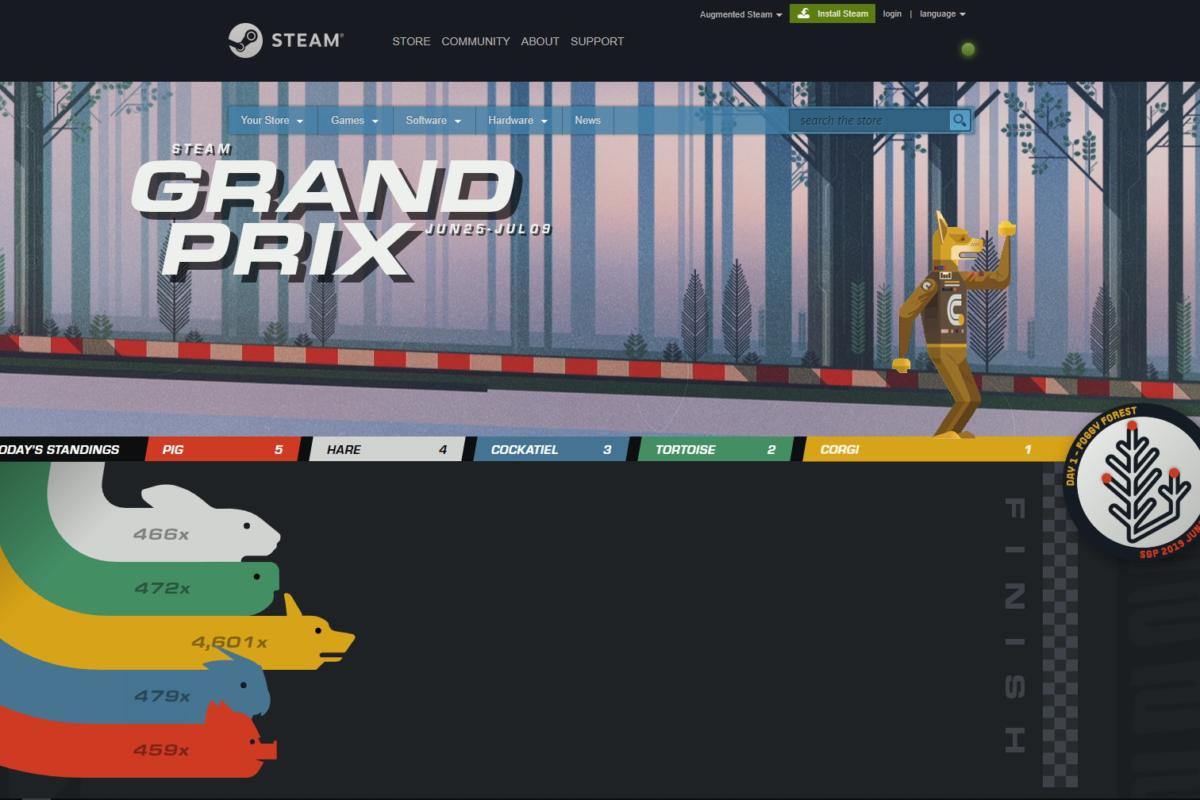 The Steam Summer Sale Grand Prix event has turned into a race to the bottom for some indie developers as their games are being deleted from people's wishlists in droves.

Update 6/27: Valve has clarified the instructions on the Grand Prix game page to hopefully prevent more attempts to game the system by removing less valuable games. The rules previously said "Drivers from the top three finishers on a given day will be selected at random to receive an item from their Steam Wishlist." The new rules say that players will "receive the top ranked item from their Steam Wishlist" instead, which will allow people to re-order their wishlist without dropping indies.

Original story: The event, which works as a sort of metagame to capitalism, sees customers compete to complete challenges to gain boost and earn points for their team alongside the Steam Summer Sale's customary incredible deals. The winning team each day will receive "the Most Wished For game" on people's wishlists gifted to random members. The ambiguity of this wording has caused many players to believe that they'll be in with a chance of receiving a random game from their own wishlists, and so are going through a mass cull of their most wanted list to leave only the most expensive, or most desired games on it.

This phenomenon has been reported by tens of indie developers on Twitter already, showing graphs tracking the number of wishlist deletions alongside purchases. While the discount prices in the Steam Summer Sale have seen some of their purchases bump up, deletions are skyrocketing for them all. You can see many of the graphs in response to this tweet thread, calling for Valve to do something about this (hopefully) unintended consequence of the Grand Prix metagame.

Hey @steam_games, loads of our indie clients are seeing 1000s of wishlist deletions due to the Steam Grand Prix - any chance you could look into it? Especially for small teams that's a huge hit to take.

The effect is widespread, with The Swindle and Behold The Kickmen developer Dan Marshall claiming that wishlist deletions are outstripping his sales by many times, but only on released titles.

Can confirm all my games are seeing 3x the number of wishlist deletions than purchases since the Steam Summer Sale started, except Lair of the Clockwork God, which is unreleased and so continues to rise steadily as normal.

Wishlists are an important metric for many smaller developers to keep track of, as it informs when they may be able to make conversions to sales by offering discounts, such as during this Summer Sale event. However it seems particularly cruel and ironic that an event many independents look forward to each year as a chance to make those conversions is now scuppering a key tool they use for them.

The Steam Summer Sale's Grand Prix event runs through until July 9 so that's plenty of time for Valve to enact a change, or for even more indies to crash out of the race.