Character customization in Bloodstained: Ritual of the Night

Learn how to customize your character and adjust Miriam's hair, clothes and skin color in Bloodstained: Ritual of the Night. 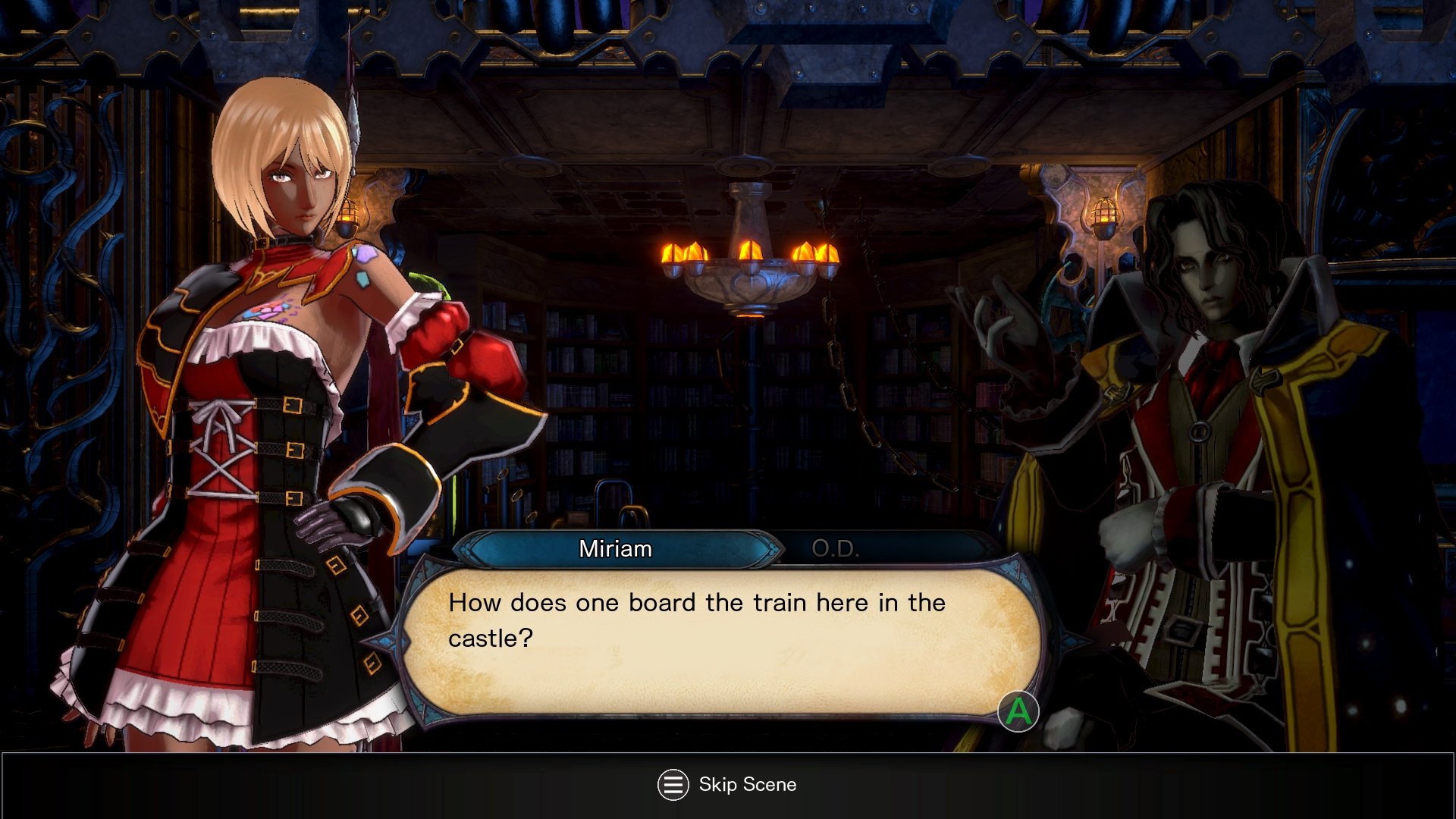 For the most part, exploring the castle of Bloodstained: Ritual of the Night is fairly straight forward, and it’ll be pretty obvious when you can and can’t progress through an area. However, after making your way to the Livre Ex Machina and obtaining the Double Jump power you might find yourself a little lost as to where to go. There are a few steps you need to take here to progress further, and not all of them are very obvious. If you’ve found yourself a little stuck, allow us to help with an explanation of where to go after Double Jump in Bloodstained: Ritual of the Night.

After unlocking Double Jump, you might be tempted to head back to all manner of areas in the castle with places that lay temptingly out of reach. However, most of these have been peskily put too far for even Double Jump to reach. Instead, you need to head onwards to a new area via a train, but that comes after you defeat a certain draconic boss.

Once you have Double Jump, head back out of Livre Ex Machina and look for a platform in the room above which can only be reached via Double Jump. Head up here, then make your way back and forth over the cogs until you find yourself back out and on the second tower. As you make your way down here you’ll be rudely attacked by a pair of belligerent twin dragons, or they might be one dragon with two heads. It’s hard to tell. Teach them/it some manners with a weapon of your choosing, then walk forwards off the end of the tower to find a golden chest containing Silver Bromide.

Note - there is a known bug in the unpatched version of the game which causes this chest not to spawn. Make sure your game is updated.

If Silver Bromide rings a bell, it’s because it’s exactly the stuff Dominique asked you to obtain so she can fix the photography equipment in her room. If you return to base camp via a Waystone or Fast Travel room and speak to Dominique, she’ll set up the photography kit and take a photo of Miriam. With this in hand, it’s time to head back to the castle and find the vampire librarian, OD. If you’ve not met him yet, Aluca- er, we mean OD is found in the room marked on the map above. It’s a little hidden, but once you access it he’ll talk pleasantly with you and offer to lend you books that grant stat boosts to certain resistances, talents or the damage of some weapon types.

Talk with OD again once you have the photo in your possession and Miriam will ask him how to get past the barrier to the train at the point marked on the map above. It’s just beyond the Lili bunnygirl and terrier doghead demons. Alucard is happy to lend you his pass, so long as you’ve got a photo to go along with it. Handily, we’ve just helped you make one. With this pass in hand, make your way to the train and the barrier will lower, letting you through to an important meeting with Zangetsu.