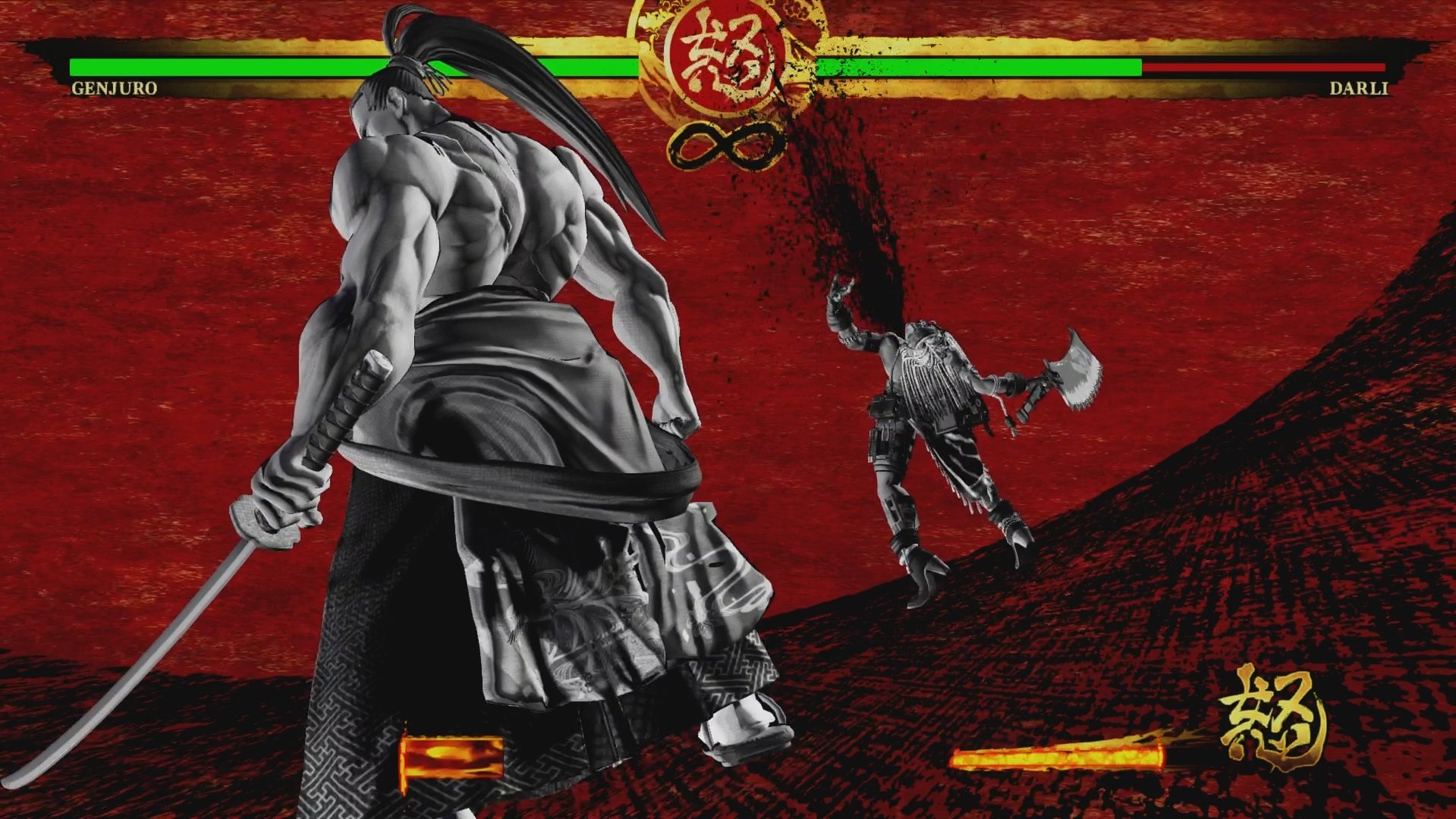 These beginner characters will see you smoothly into the tough-love fighting world of Samurai Shodown!

Like many fighting games, Samurai Shodown includes a Rage Meter that charges over the course of a battle, allowing you to unleash a powerful special attack. However, as with many of its mechanics, the Rage Meter in Shodown does things a little differently, and is crucial to understand if you want to master the game. Unfortunately, the tutorial does a pretty terrible job of teaching you about it. To help out, we’ve put together a guide on how the Rage Meter works in Samurai Shodown.

As the start of a fight, both characters will have an empty Rage Meter shown on the bottom of their corner of the screen. The Rage Meter is filled both through taking damage, and by using parries (Just Defense). Each character generates Rage at their own speed, with Genjuro the fastest and Ukyo the slowest. Once the meter fills, the 'Ika' 怒 kanji meaning anger at the end will ignite to let you know you’re at maximum rage. It’s here that several effects kick in.

With a full Rage Meter, you’ll gain a few upgrades to your character. By default, all of your moves will deal 20% extra damage, an enormous boost that makes holding a full meter very effective. The second change is that several of your special moves will be transformed to their EX variants, making them more powerful and often longer. Max rage doesn’t last forever though, and after a while the bar will reduce back down to zero. You can also consume your Rage Meter by activating your Rage Explosion.

How to use Rage Explosion

What does a Rage Explosion do?

Entering your rage mode will grant a 40% buff to your damage with all moves, making them even more powerful than having max rage. As soon as you activate it your Rage Meter will transform into a bar that begins burning down until it runs out. Once your Rage Meter expires, it’s gone for the rest of the match.

Yes, not just the round, the match. If you use your Rage Explosion in round one of a match, you’ll have no Rage for the entire rest of the game. This makes knowing when to use your Rage extremely important as you are effectively giving up the chance for a 20% damage buff in later rounds. If you’re new to Samsho, we recommend holding onto it until the final round, or if you have a chance to win with two rounds.

Another key use of Rage Explosion is as a combo breaker. No matter what moves your opponent is hitting you with, if you choose to activate your Rage Explosion you’ll knock them back, freeing yourself from the combo. This is a very powerful tool that can be used to turn a match round on an opponent or save you from certain death.

During your rage state, you’ll also gain access to Lightning Blade, and incredibly powerful, extremely fast attack that consumes the rest of your rage mode meter, dealing more damage for how much meter you have left. Lightning Blade is activated by pressing L2/LB again (or Light, Medium and Heavy Attack) and will cause your character to dash quickly across the screen.

It can be blocked, but you’ll also be invincible during the run, which means if your opponent is performing an attack then you’ll go straight through it and hit them. Again, it’s worth stating that Lightning Blade consumes your Rage Meter, meaning you’ll lose your meter for good. Only use Lightning Blade if you’re certain you can hit.

Hopefully by reading this guide you now know a bit more about how to the Rage Meter works in Samurai Shodown and are ready to practice your skills online and off! The key is not to waste your Rage Meter. Samurai Shodown is a game about patience and careful timing of your attacks, and the same is true when it comes to Rage. For more tips and tricks, check out our guides on how to parry, stance break and counter, and how to use your Super Special Move in Samurai Shodown!