Learn how to unlock the Truth Exotic Rocket Launcher, and original exotic which has made an explosive entrance in Destiny 2. 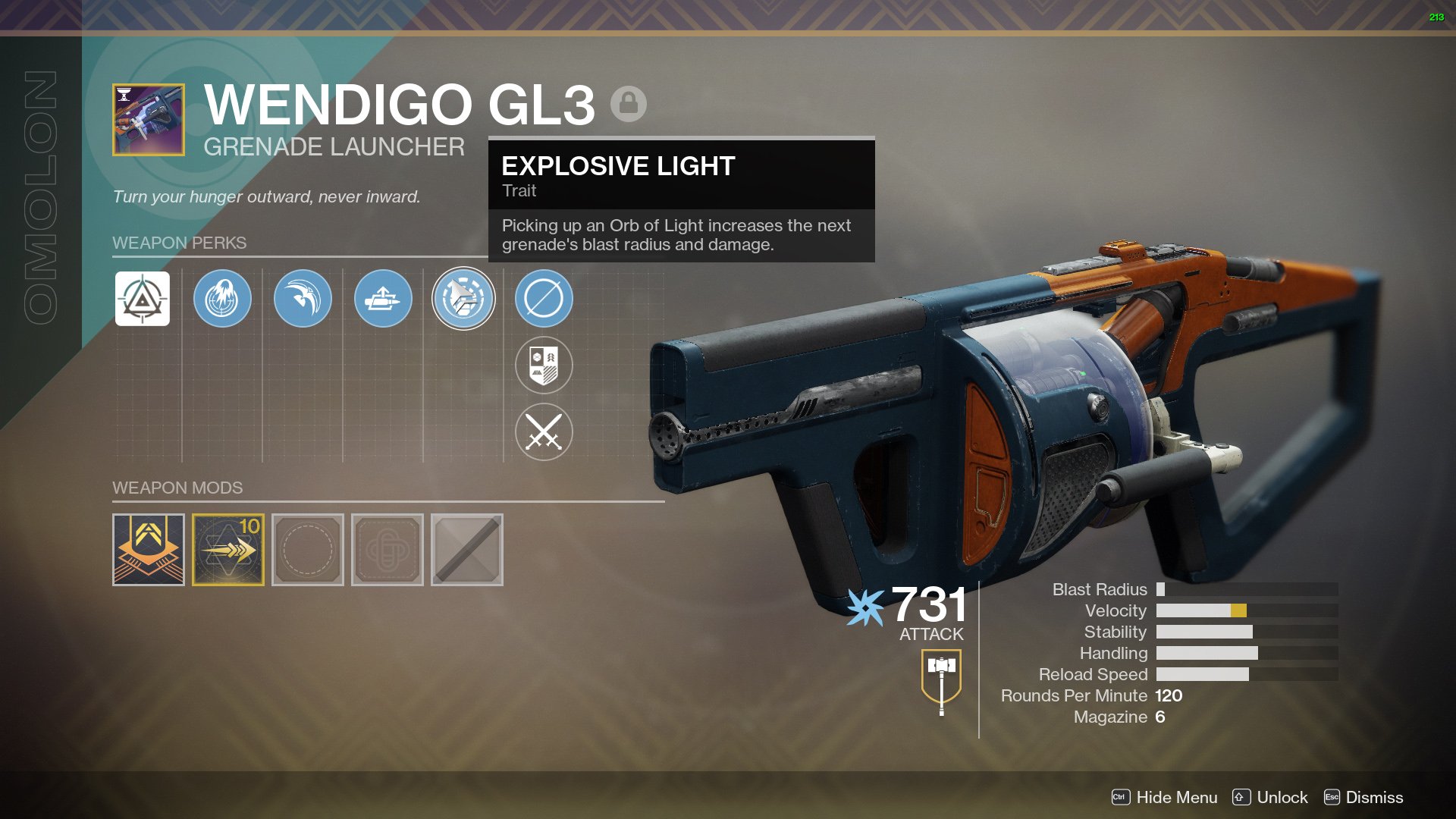 How to get Cracked Biocrystal in Dauntless

Learn which Behemoth to fight to get Cracked Biocrystal that'll help you craft The Godhand exotic in Dauntless.

Several new Pinnacle weapons arrived in Season of Opulence for Destiny 2, including the  Vanguard’s Wendigo-GL3 Grenade Launcher. It’s not an easy weapon to acquire by any means, but the Wendigo has some unique characteristics that make it worth a look. You can pop this fancy new weapon into your Power slot, which means it won’t replace your Kinetic or Energy weapons. To help you get the Wendigo GL3 in Destiny 2, we’ve got some tips that can save a heck of a lot of time during the quest to earn it.

Kick off the quest to get the Wendigo GL3 Pinnacle Weapon by visiting Zavala in the Tower. They’ll give you a quest asking you to get a ludicrous number of grenade launcher kills in Strikes. The main requests for this quest are to get Grenade Launcher multi-kills, Grenade Launcher final blows, and generally defeat enemy fighters:

The first two tasks are big numbers, but easy to understand. You’ll slowly work towards these goals over a long time, so don’t worry about trying to rush them. The real challenge is in the ‘Points Earned’ task. This is essentially an unknown number of kills that’s recorded as a percentage. You need to push this all the way from 0 to 100%, but the trick is that any deaths will lose you progress. Expect to get thousands of kills before you complete this task. The good news? Grenade Launcher final blows will bost the progress the most, and you’ll be aiming to get those anyway. A crucial detail is that you can only earn this during Strikes, not during Nightfalls.

Playing Strike upon Strike to get the Wendigo GL3 Grenade Launcher in this manner will take up an awful lot of your Destiny 2 time in the Season of Opulence, perhaps more time that you even have. Thankfully there is a faster way of completing this task, so long as you have a fireteam that are up for it.

The secret to getting the Wendigo GL3 faster is in the Dreaming City Strike called Corrupted. If you have a full fireteam, head into the Vanguard Strike playlist and then repeatedly exit and restart it until you get Corrupted in the Dreaming City. When you start, instead of following the Strike, head to the Blind Well. You can now complete charges of the Blind Well (you’ll need a Charge of Light), using Grenade Launchers to kill enemies in it. It still takes a while, but it cuts down the time required by an enormous amount.

You’ll need a full fireteam to pull this off, as if even a single member of your team heads forward into the rest of the Strike, you’ll all be pulled along with them. Find some players who are also after the Wendigo and you’ll save yourself an awful lot of time to get the Wendigo GL3 Pinnacle Grenade Launcher.

If you’re wondering whether it’s worth putting in the time to earn the Wendigo GL3, we can help you decide by detailing its perks at the very least. The Wendigo GL3 is a Power weapon, and is a pretty solid choice. Its Power level will depend on your average, and will always drop fully masterworked so that it can produce Orbs of Light. This is handy indeed when you consider the perks:

Picking up Orbs of Light increases the blast radius and damage of the next grenade.

Ammo is automatically reloaded when the Wendigo GL3 is holstered for some time.

So the Wendigo GL3 effectively buffs itself by dropping Orbs of Light you can pick up. In addition to these, you’ll also have access to blinding grenades to keep your enemies suppressed. Overall, it’s well worth earning the Wendigo GL3 Pinnacle Grenade Launcher, but the requirements to do so are frustratingly excessive. If you can make use of the Blind Well trick then you’ll be able to cut the time investment down by a good margin. Be sure to take a look at the rest of the Pinnacle Weapons added in Season of Opulence for Destiny 2 to learn what else you could spend your time working towards!