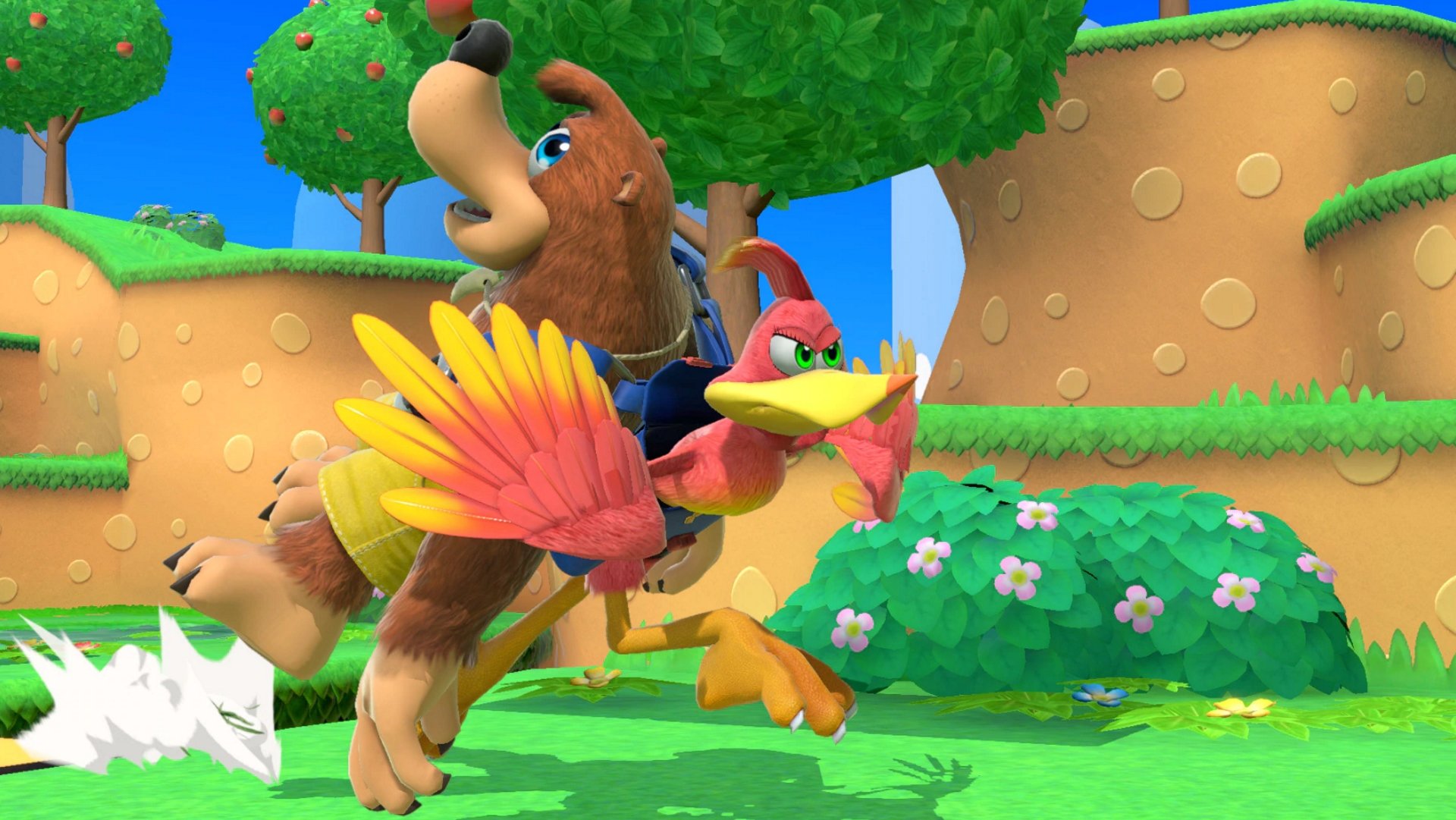 6 Smash Ultimate DLC Fighters that didn't quite make the cut

E3 2019 has come and gone, and as part of Nintendo’s superb showing we were treated to not one but two DLC character announcements. Banjo-Kazooie and the Dragon Quest Hero have raised cheers of delight from fans of both series, but as ever there were plenty placing their hopes on other famous figures to make their debut Smash debut. Who missed out this time, you ask? Let’s take a look at six Smash Ultimate DLC Fighters that didn’t quite make the cut.

There are several contenders on our list of Smash Ultimate fighters that didn’t quite make the cut, from the ridiculous to the really quite reasonable. Some fans have been waiting a long time for these characters to make their entrance in Nintendo’s brawler, and we’re afraid to say that their suffering is far from over.

Rumors suggest that Bandai Namco were happy to lend the license to Smash for a fee, and Goku was very close to being added. Unfortunately, the process ground to a halt when Bandai Namco asked which Goku Nintendo wanted. What followed was two hours of laborious attempts to explain the important differences between Goku, Super Saiyan Goku and Super Saiyan Blue Goku, and why each required a separate payment for use.

Nintendo reportedly struggled to accept that idea that Goku Black was a separate character, demanding he be added as an alternate skin for no extra cost. “This is an ridiculous,” Sakurai reported shouted. “We did it with Link. What makes your guy so special?” When Bandai tried to move on to explaining Gogeta and Vegito, the entire collaboration was called off.

Given the frenzied anticipation of Animal Crossing: New Horizons, and the popularity of the Animal Crossing series as a whole, it was a surprise that it took as long as Smash 4 to have the series represented. Tom Nook was on the cards for a surprise DLC release, but his combat tactics of forcing each an every fighter into thousands of Bells-worth of debt were considered too underhanded, and far too overpowered.

Literally any Fire Emblem character who doesn’t use a sword

Animating axes and spears is hard, you know? Prior to the release of Ultimate, Nintendo came close to considering any of the myriad interesting Fire Emblem characters like Hector, Sully or Camilla, but eventually decided that what the Smash series really needed was another blue-haired sword fighter. Any concerns that sword lovers might feel under-represented in the post-launch content have thankfully been stifled with the reveal of the Dragon Quest Hero.

With the recent collaborations between Microsoft and Nintendo, rumors were rife that one of the green gaming giant’s characters would be added to Smash Ultimate. But with calls for both Minecraft Steve and Master Chief, what was Nintendo to do? The solution was obvious: Minecraft Master Chief.

Converting the famous spartan to block form is a surefire way of appealing to Microsoft fans young and old. Plus, it comes with the added bonus of making the Chief’s violent, gun-heavy combat seem light and cheerful. There was no way this could possibly backfire. Sadly some early market testing revealed that the concept was loathed equally from both camps, sending it back to the drawing board.

Look, if we’re not going to go year upon year without a new Splinter Cell game, the least Ubisoft could do is shove poor old Sam Fisher into Smash Ultimate. Just make him a reskin of Snake and no-one will notice the difference.

Give it up guys, the dream is dead.

Those were the Smash Ultimate DLC fighters that didn’t quite make the cut, but hey, at least we have Banjo. There are still two spaces left in Fighter Pass 1 though, which means we could see this lot qualify in the end. Not Waluigi though. Her's got no chance. Speaking of Smash, want to see some extra screens Nintendo released of both new fighters? We're serious this time.