Popular MMORPG Black Desert is coming to PS4 this year

Prepare your character-creator skills, because Black Desert is on its way to PS4. 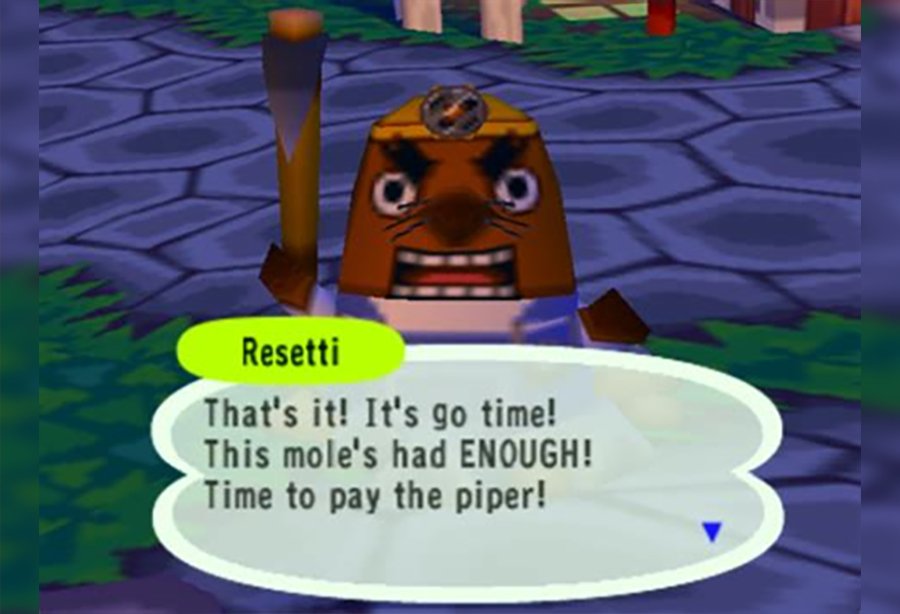 6 Smash Ultimate DLC Fighters that didn't quite make the cut

We reveal behind-the-scenes details on the DLC characters that nearly made it into Smash Ultimate.

Animal Crossing New Horizons will let you auto-save when it releases on Nintendo Switch on March 20, 2020. However that's not good news for everyone, including one specific angry mole.

The long-suffering Mr Resetti has been a fixture of Animal Crossing games for years now, a functional necessity for players who needed to reset their game to undo something by going back to a previous save. However, in an interview with Mashable, project lead Aya Kyogoku confirmed that our mole friend has one more thing to mad about thanks to the inclusion of auto-saving.

"I think this will be a positive thing for the player, because in New Horizons you can stop playing in the middle of your game and it'll still save," says Kyogoku. "But unfortunately because there's no necessity to reset the game or reset button on the Switch, Mr. Resetti had a hard time. He was laid off from his position."

But don't fear as Kyogoku suggests that Mr Resetti will be looking for a new job, so we won't simply lose this bundle of joy from our lives that easily.

It remains to be seen what role Mr Resetti will be offered in Animal Crossing New Horizons, as Tom Nook has already taken Isabelle's role as your realtor/travel agent. We do hope he gets work soon though, as it seems like he's really down on his luck at the best of times.

Now that you can auto-save in Animal Crossing New Horizons, what job do you think Mr Resetti will have?