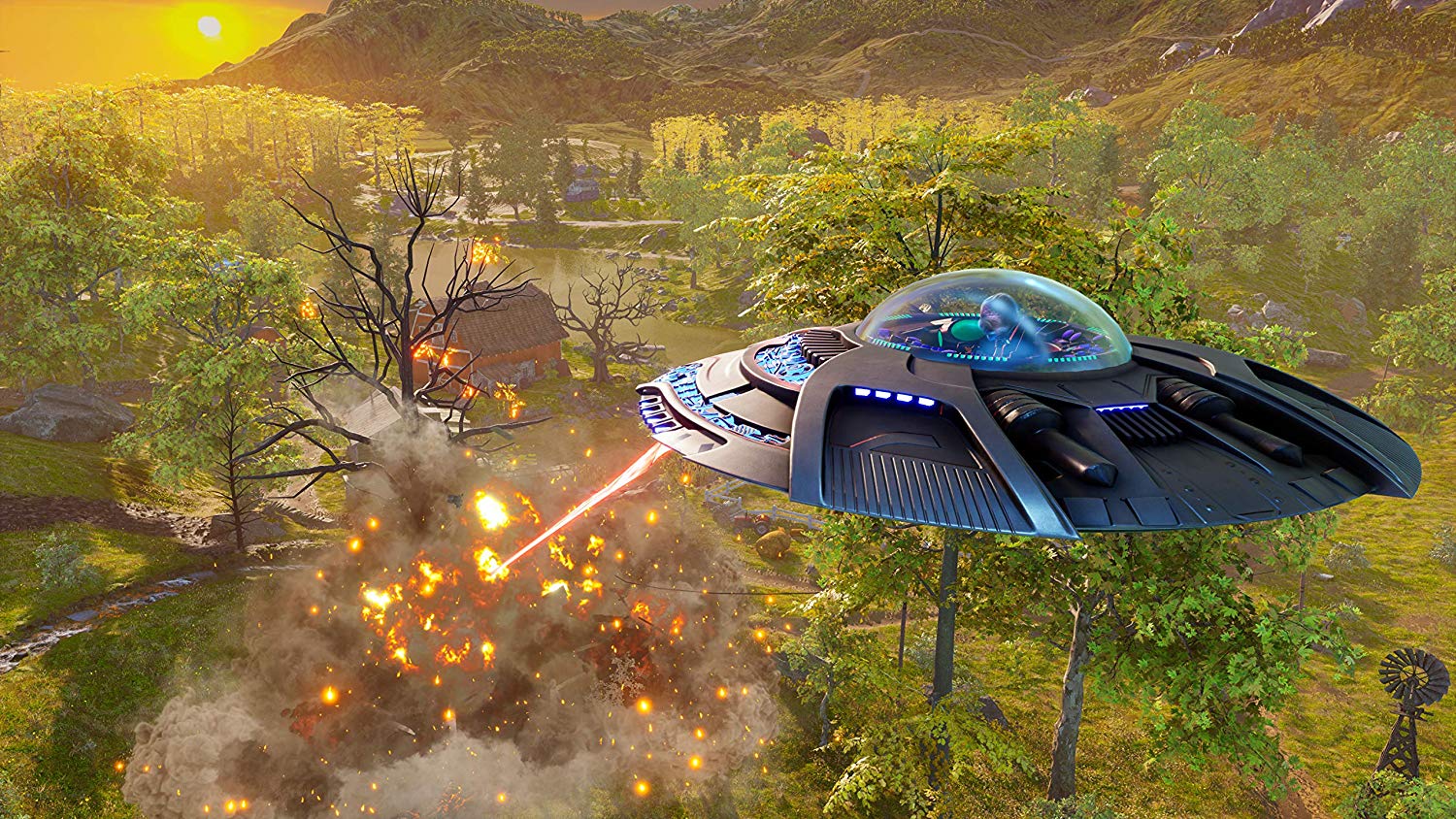 Several leaks dropped in the months leading up to E3 2019, including one that suggested THQ Nordic had plans to unveil a brand new Destroy All Humans. We reported on that leak here at AllGamers, a leak which centered around a full list of titles that THQ planned to show at E3 accidentally uploaded by THQ's very own Reinhard Pollice during the company's disastrous AMA on 8chan.

At E3, we had the privilege of sitting down with the team working hard on the Destroy All Humans remake to ask them questions about the game. Along with generic questions regarding the release date and returning voice actors, we found ourselves curious to know the developers' thoughts on the leaks. What we discovered was the game leaked not once, but three times ahead of E3.

When we asked about the leaks, we were met with some confusion as they seemed uncertain what leak we were referring to. They asked us whether we were talking about IGN or Amazon, one of which we hadn't heard about until that moment. Asking them to elaborate, they explained that IGN posted the trailer slightly ahead of schedule (before THQ updated their social channels).

We're hesitant to call this one a "leak" given that IGN had full authorization to post the video, they just did it a little early. The Destroy All Humans team completely brushed this off as a "things happen" scenario, though they acknowledged that some fans felt the reveal was slightly spoiled in that they anticipated it to happen on the THQ social channels first as originally planned.

They also brushed off the Amazon leak from THQ that several outlets reported on recently. By the time that leak was discovered, the game had pretty much been revealed. What's strange is the developers failed to mention the 8chan leak which happened all the way back in February, almost 4 months before the game was supposed to be announced. That particular leak was undoubtedly the worst of the three when it comes to time and place.

It's crazy to think that Destroy All Humans "leaked" (again, we use the IGN example loosely) three times ahead of the official reveal. Even if you set IGN aside as an "it doesn't count" scenario, the fact that the game leaked early on Amazon and 8chan is somewhat disconcerting. There's also an argument to be made here about publishers like THQ being a bit more careful with their information.

For example, not uploading the full E3 2019 game list in an 8chan AMA (not doing an 8chan AMA at all), ensuring the Amazon listing for a game isn't scheduled to go live before the actual reveal trailer, and properly coordinating and communicating with sites like IGN. We understand that accidents happen, as do pre-E3 leaks.

It wasn't just Destroy All Humans either, games like Bleeding Edge and Watch Dogs Legion also leaked ahead of their scheduled reveal. Of course, those weren't leaked by their publisher. If you're looking for some good to come out of this, we encourage gamers to support the developers by purchasing the game when it's available in 2020, especially after seeing how incredible Destroy All Humans is shaping up to be at E3.

Furthermore, even though the reveal itself leaked early, we know there are plenty more surprises to come that'll certainly make up for it. To stay up-to-date on all things Destroy All Humans, be sure to follow Black Forest on Twitter, and stay tuned as we'll be posting new details on the Destroy All Humans remake as they're made available.