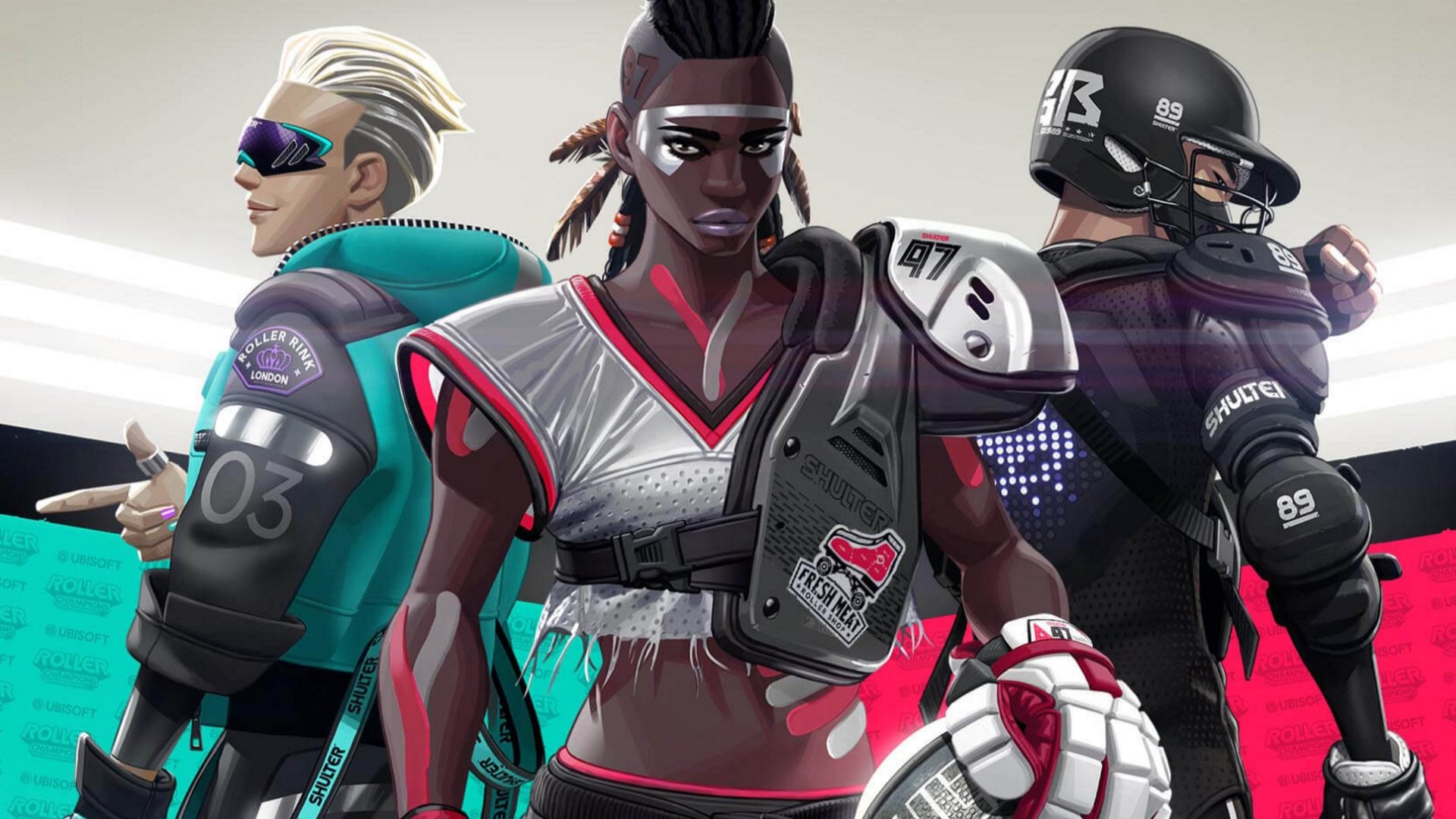 During Ubisoft’s E3 press conference we were intrigued by the surprise announcement of Roller Champions, a new sports/racing game based loosely on roller derby. When they revealed that a free demo would be hitting Uplay immediately, we popped on our skates to take this new kid on the block for a lap or two. Here are our early thoughts on Ubisoft’s Roller Champions.

What is Roller Champions?

In Roller Champions, your aim is to carry the ball in loops round the arena before throwing it through a goal mounted on the wall. Each lap you complete before scoring adds extra points to the goal, but if the ball changes hands to the opposing side, all of that effort will be wasted. As soon as they’ve taken possession, the counter’s back to zero and it’s their turn to start making laps while you attempt to tackle.

Both teams need to travel the same direction around the arena to build up points, and the goal is always in the same position, meaning you’ll always know where the action is, and where it’s headed. Matches are frantic, and with a score limit of 5, can be over in an instant if one side takes a strong lead. In a lot of ways, Roller Champions is reminiscent of Psyonix’s superb Rocket League.

Confusion in the rink

The problem? It’s incredibly unintuitive. Soccer is so widespread that even if you throw rocket-powered cars into the mix, players will understand the general concept. Roller Champions isn’t nearly so clear, and while a tutorial will do wonders for the game come launch, the rules take some learning during your first few games. Learning how to pick up speed efficiently takes some work, and even after a few games or more we’d still mess up the shooting input at the most crucial stage.

That said, once you do get to grips with the controls and start slaloming between walls, pumping on each slope, things really begin to pick up some pace. There are times when Roller Champions really nails the feeling of being part of a finely tuned sports team. When you slide by an opponent with a dodge, following it up with a last-second pass to a teammate ahead of you who's waiting to score, it feels brilliant. Skating in a line of three, with two blockers fending off any would-be tacklers as your runner performs loop after loop adds a wild sense of tension, begging you to risk just one more loop. It’s these moments that kept us coming back for round after round.

Unfortunately, we spent just as much time falling foul of the game’s shortcomings, too. Whether it’s shaky netcode, dodgy hitboxes, or a bit of both, tackling and dodging just don’t feel right. We regularly slammed directly into the carrier, only to find the game arbitrarily decide that no, we didn’t actually hit them. Likewise, we were often charged down by another player who’s character model didn’t come close to approaching our own. In a game that demands rapid reactions and precise movement, it can be infuriatingly inconsistent, especially when a successful tackle can mean the difference between a win or a loss.

Ball-carriers gain invincibility while dodging, so even if you predict their direction with a tackle, you’ll simply slide off in an unsatisfying manner if they’re still in the animation. Dodges also allow the ball carrier to jump backwards or sideways in a way that no other player can. Not only does this let them cut corners on the rink, it can also be used to gain extra height on the walls, boosting their momentum when they come back down. Once you get to grips with it, this skill becomes enormously challenging to deal with without the strictest teamwork.

There’s a lot of potential in Roller Champions, and once you find your rhythm with the unconventional movement, you’ll find it hard to stop yourself jumping in for just one more match. Those perfect plays will have you eager for another attempt and a chance to hone your skills, but the initial barrier of unfamiliarity, combined with some shaky online results, may stop many players from putting in the effort at all. We’re already eager to try more of Roller Champions, but Ubisoft definitely has some work to do shoring up the rougher edges before release.