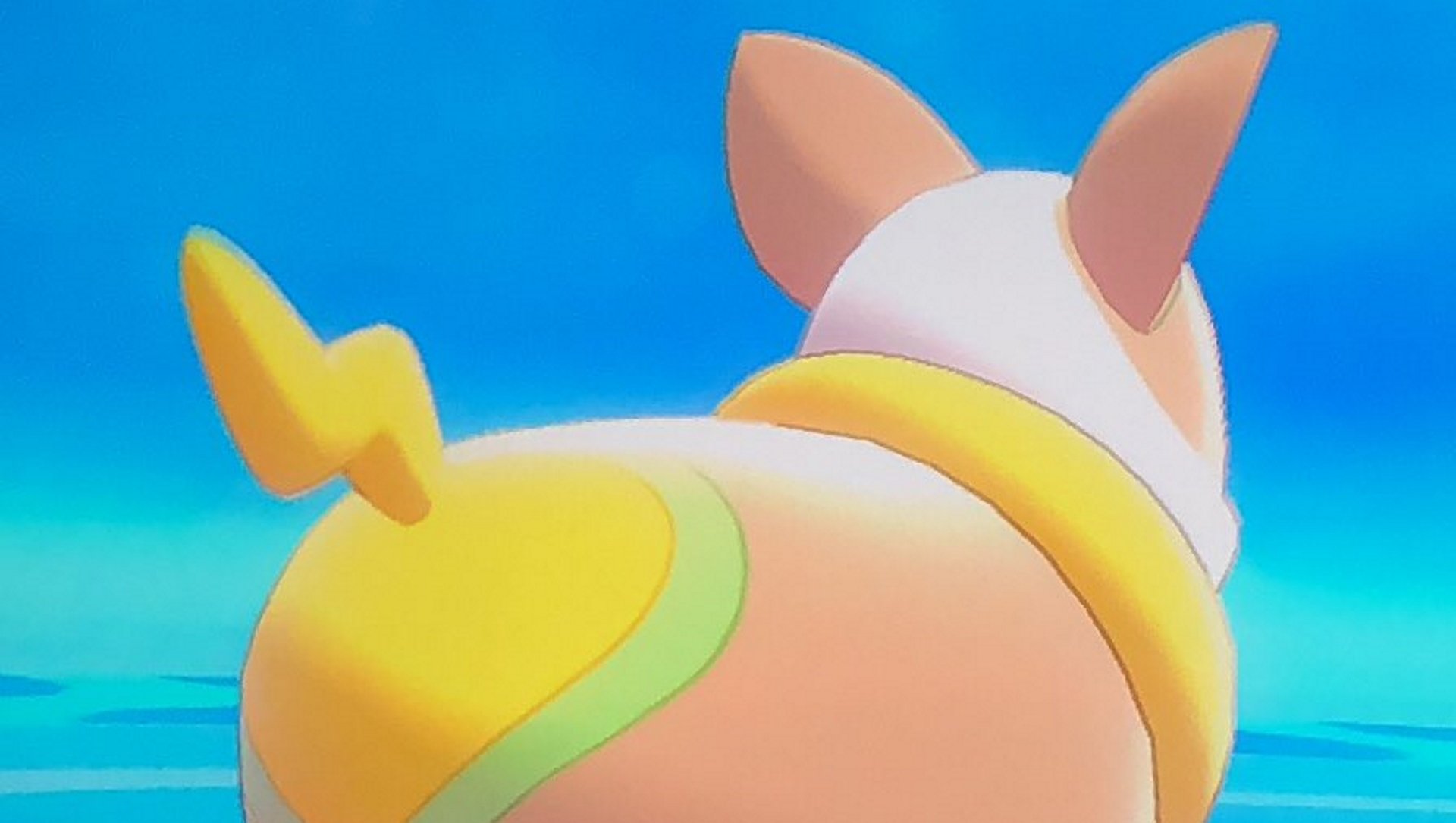 Yamper is an adorable corgi Pokemon in Sword and Shield

The E3 2019 show floor is officially open, and it already appears the day has been made thanks to an adorable corgi Pokemon called Yamper.

Being set in the Pokemon-equivalent of the UK, it wouldn’t be right for Pokemon Sword and Shield not to include some critters that reflect the country of inspiration.

Last week we got a look at several of the new Pokemon coming in Sword & Shield, including the crow-like Corviknight, and the sheepish Wooloo, and while these are both very common British animals (let’s not talk about Drednaw), we don’t feel like either captures the essence of Britain quite like a pink corgi with a heart on its bum I mean, just take a look at Yamper:

THERE’S A NEW CORGI POKEMON NAMED YAMPER WHO HAS A HEART SHAPED BUTT AND I WOULD DO ANYTHING FOR HIM!!!!! pic.twitter.com/hoVTWaOrzN

Pokemon database website Serebii reports that Yamper is an electric type Pokemon, and comes with the ability to play fetch, returning the missed throw of a Pokeball.

Serebii Update: Yamper is Electric-type and has a new ability that collects the first failed throw of a Poké Ball https://t.co/gDbXkHSvkT pic.twitter.com/Mx5vQgvH9b

And of course people at E3 weren’t going to miss the chance to Dynamax Yamper:

This was not a sound strategy but...

Other Pokemon seen at the show floor include Impidimp, a Dark/Fair pokemon that reflects your average English citizen. In other words it’s a small strange goblin fellow:

We look forward to seeing more of the new Pokemon in Sword & Shield, and reporting back with our own hands-on time. Be sure to check back again soon, and follow AllGamers on Twitter and YouTube too for more E3 2019 coverage.