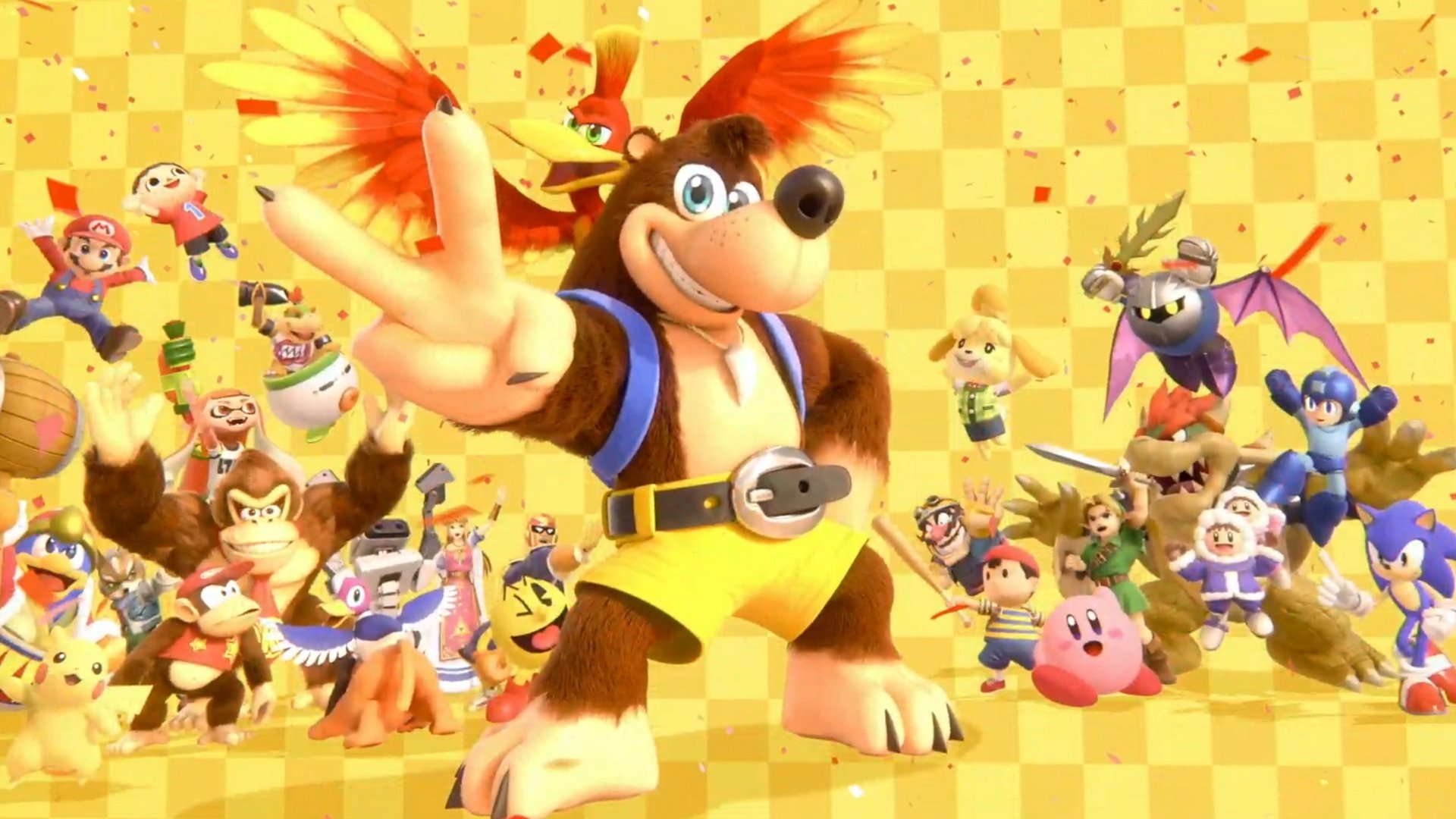 A full sequel to Zelda Breath of the Wild is in development at Nintendo.

Banjo-Kazooie will be a DLC fighter for Super Smash Bros. Ultimate, coming Fall 2019.

Yes, it's finally been officially confirmed, Banjo-Kazooie is back and the pair are coming to Smash Ultimate as a new DLC fighter. In an amusing repeat of the King K. Rool reveal, Nintendo announced the character with a CG trailer in which Duck Hunt Duo pretend to be Banjo in front of DK, Diddy and King K. Rool before Banjo falls from the sky and crushes them for their rude insolence. Check out the trailer below:

Banjo-Kazooie has been a much-wanted character for Smash Ultimate, but few actually believed they'd make it into the game until new Banjo-releated tweets were teased in the days running up to E3 2019. We don't know much yet about how Banjo-kazooie will play in-game, but we're sure Nintendo will begin teasing new details soon. Two DLC fighters were revealed as part of the Nintendo Direct, with the Dragon Quest Hero also arriving in Smash Ultimate as the next DLC fighter. Both fighters can be obtained by purchasing them individually or as part of the Figher Pass 1 which brought Persona 5's joker to the game.