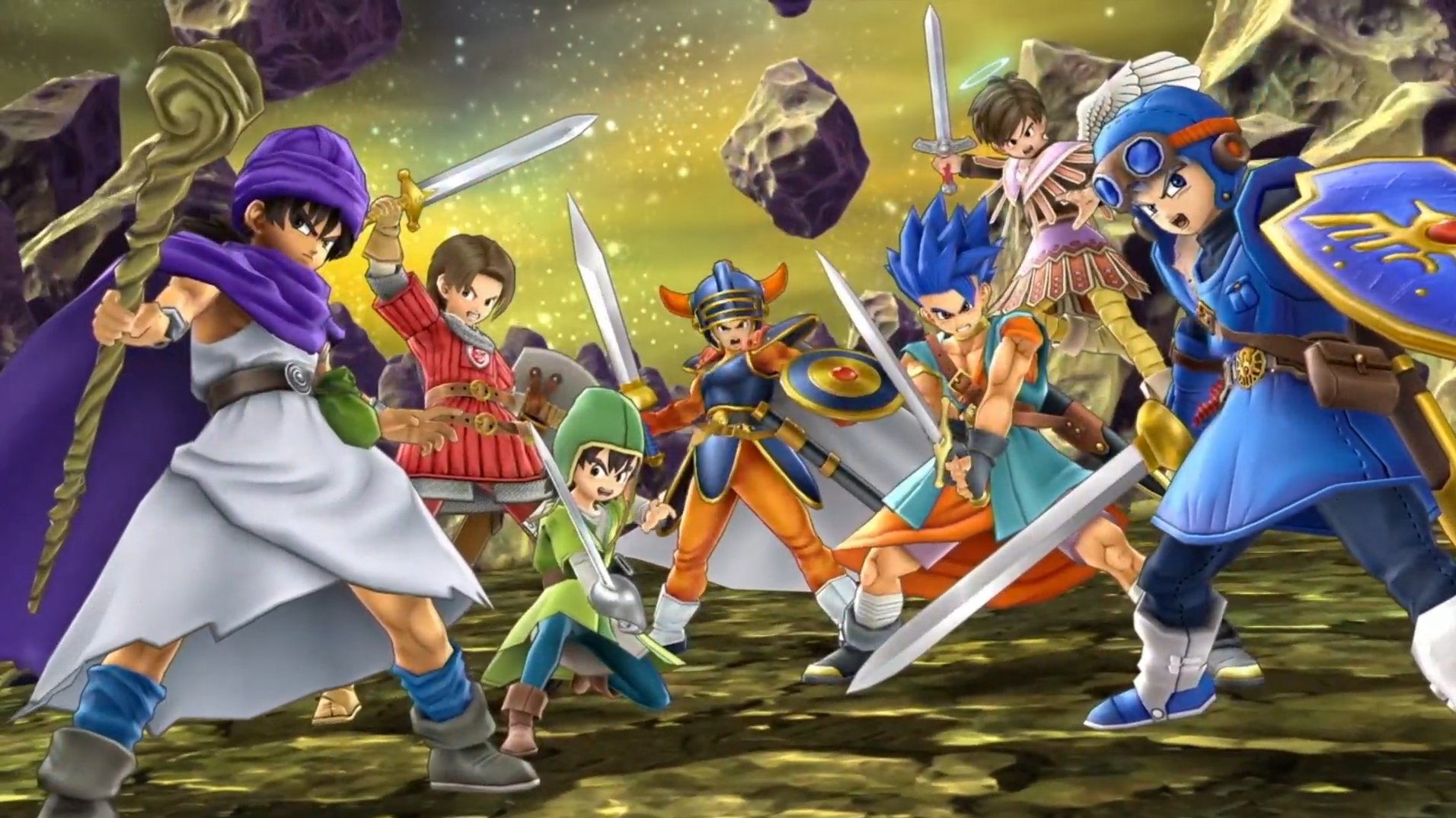 The Dragon Quest Hero has been revealed as the next DLC fighter for Smash Ultimate.

At the opening to the Nintendo Direct for E3 2019, the lead for Dragon Quest 11: Echoes of an Elusive Age was revealed as the next DLC fighter for Smash Ultimate. In fact, it looks like the'll be able to swap between skins for several of the Dragon Quest leads, including Erdrick and the Luminary. Perhaps we'll also get a Slime assist trophy? Check out the trailer below:

The new fighter is set to arrive in Summer 2019, which should mean in the next couple of months. We'll be taking a closer look at the new fighter soon (hooray for another sword fighter, am I right?), so stay tuned for a more in-depth analysis of the new DLC fighter's moveset soon here on AllGamers. In other news, as part of the real Nintendo announced that Dragon Quest 11 Definitive Edition will be coming to Nintendo Switch on September 27! To keep up to date with more E3 2019 news, be sure to follow AllGamers on YouTube and Twitter too!