Now you can discover new galaxies while piloting the Millennium Falcon. 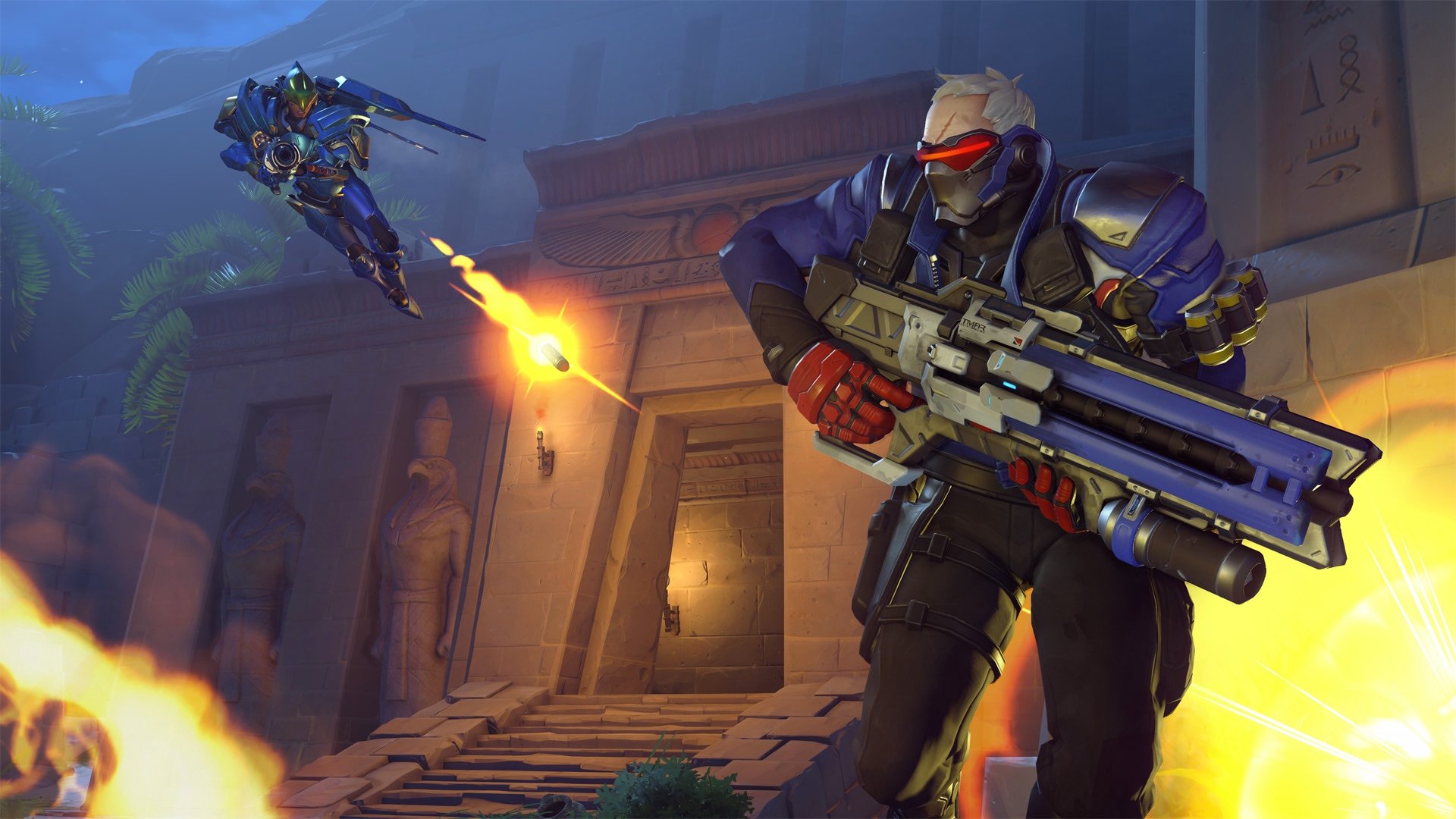 The Last Guardian gets a free VR demo

You won't need the base game to try it.

The Winter Wonderland Christmas update is live on the Overwatch servers and players from around the world are enjoying the seasonal festivities. Folks can collect last year’s winter skins, in addition to 50 new holiday-themed cosmetics, including the shiny new Snow Owl Ana, Avalanche Bastion, Beachrat Junkrat, Ice Fisherman Roadhog, Rime Sombra, and many more.

Unfortunately, these new skins are on the pricey side and will set you back 3,000 coins each. However, one of the best ways to increase your chances of obtaining them is by playing the two festive events in Overwatch’s arcade, as you can claim some loot just for taking part. Our Winter Wonderland event guide will give you all the tips, tricks and strategies you need to survive Blizzard’s wintery modes.

Mei returns for another year of one-hit-kill competition and our favorite climatologist is once again using her weather-altering device to pelt deadly snowballs across the map. The mode takes place on Ecopoint: Antarctica, and teams must use the cold-loving heroine to win a 6v6 snowball fight. Mei’s snowball blaster has only one shot, but it can be reloaded at the various snow piles dotted around the map. However, filling up your snowball gun takes a few seconds and leaves you vulnerable to an icy attack. It’s often best to refill your gun in areas with cover or when the enemy is preoccupied with your team. You only have one life, and getting caught while stockpiling snow is a surefire way of losing.

Try to lead your shots, and adjust the height of your aim, as the snowball has a fairly slow travel time and the shot drops significantly when you’re firing at range. If you’re struggling to hit moving targets, simply wait for your enemy to reload their gun and deliver an icy blow before they can react. Ecopoint: Antarctica has plenty of obstacles for you to duck and hide behind, but sometimes using this cover isn’t an option, especially when in close-quarters fights. Luckily, Mei still has her trusty Cryo-Freeze and Ice Wall to block incoming snowballs. Try to sneak up on your enemy and use your Ice Wall to force them into allied players. This tactic is especially useful when used in coordination with your ultimate, as it allows you to fire off multiple snowballs in rapid succession.

Don't forget that you can end your Ice Wall and Cry-Freeze early by tapping the ability again, so don’t worry if you cordon off an area by accident. Ending your Cryo-Freeze early can also be an excellent way to duke out your opponent and get them to waste their precious shot. Once you master these snowball-slinging tips, you’ll be winning more games and lootboxes in no time!

Mei’s Yeti hunt is definitely the most fun winter event we’ve seen in Overwatch to date and is the first time this particular Brawl has made an appearance. Teams are split into two different roles in this mode, with the first team made up of five Meis, while the other team consists of a single Winston (the yeti). You can queue up for either role before entering the mode, so feel free to mix things up if you get bored.

Winston needs to collect every piece of meat scattered around Nepal Village if he wants to enter his Primal Rage mode, so it’s often best to set up camp and wait for him to approach. This will stop Winston from sneaking around the map and freely taking these game-changing power ups. Winston’s attacks deal a huge amount of damage and he’s incredibly tanky thanks to the increased health he has in this mode. As a result, we recommend keeping your distance and poking him down with your ranged icicle shots. However, if you find yourself face to face with the angry ape, then quickly freeze him with your Endothermic Blaster before making a hasty retreat. Freezing Winston and locking him in a room with your Ice Wall can be a great way of stopping the berserk yeti dead in his tracks.

If you're low on health, make sure you use your Cryo-Freeze ability to recover your missing health before jumping back into the hunt. It’s important to understand that you only have a set number of lives, so stick together and take down the yeti before he wipes you out. Once you’ve built up enough ultimate charge, you’ll be able to place down a giant trap. This trap is great at zoning Winston away from the meat he needs to enter his Primal Rage, but it can also be used to continuously lock him in place with the use of your Endothermic Blaster. Don’t be afraid to use it as a last-ditch effort to escape, as a wasted ultimate is better than a death in this mode. If Winston manages to collect all the meat on the map, then it’s best to simply hide and wait for his Primal Rage to subside. Once Winston’s calmed down, simply regroup and finish him off with an icy blow.

It might seem like the odds are stacked against Winston, as his increased damage and insane amounts of health make the 5v1 nature of this mode fair, but this doesn’t mean you shouldn’t be cautious. A group of Meis can quickly whittle down your health and keep you from entering your Primal Rage mode. We recommend sneaking around the map and devouring the meat you need for your ultimate. Use your jump pack to leap over Nepal Village’s various structures and avoid Mei’s icy abilities. You can cover huge distances and outmanoeuvre the Mei platoon with ease, so keep running and jumping your way around the map for those all-important meaty morsels.

Try to jump on top of buildings and jump down only when you’ve led your foes on a merry chase. This will allow you to run to the various meat power-ups with little to no resistance. However, if you get caught, simply deploy your shield to reduce the incoming damage and use your Tesla Cannon to ward off potential threats. Once you’ve killed or scared off the Mei army, try to retreat and begin your hunt again. When you're nearing Primal Rage, head for the last piece of meat and go berserk. Leap at any Meis you see and smash them to smithereens with a single hit. You’re pretty much unstoppable at this point, but make sure you’re constantly checking the ground beneath you, as one false step could land you in one of Mei’s deadly traps. If you can’t rack up the kills needed to win during your Primal Rage, simply start your hunt for the meaty morsels once again.