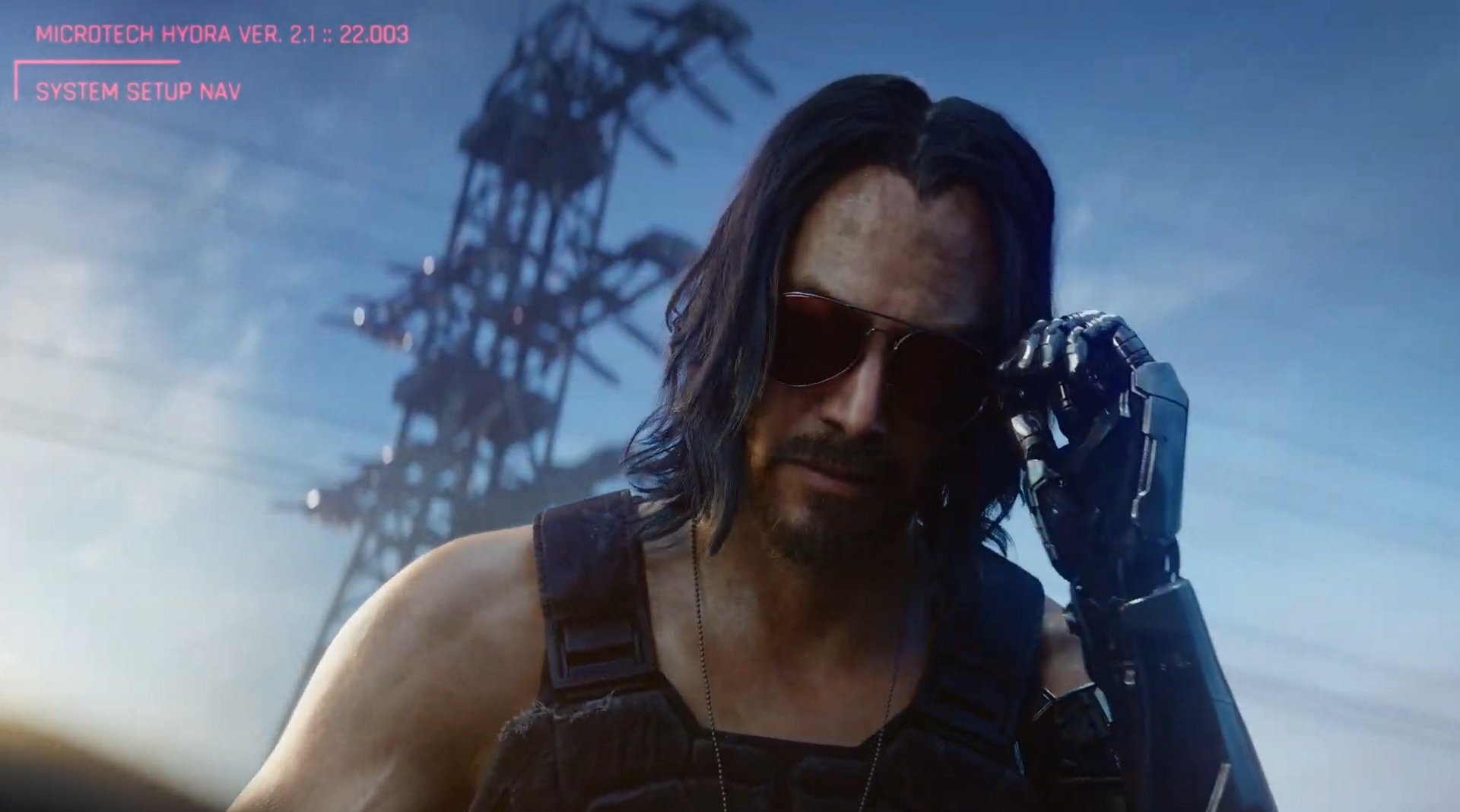 E3 2019 is here, and brings with it the usual bombastic haul of game announcements. Sony might not be in attendance and plenty of leaks hit the net in advance, but that still hasn’t stopped us from experiencing a good number of “what? Wait, what?” moments. From Cyberpunk Keanu Reeves to the return of Blair Witch, here are the biggest surprises of E3 2019 so far.

We’ve only about halfway through the press conferences and directs for all of the major players in E3 so far, but that hasn’t stopped the unexpected from knocking on our door. Microsoft’s press conference might have flooded us with CGI game trailers, but it also brought plenty of surprises to the fore as well. The biggest of which clearly being:

Easily the crowd highlight of Microsoft’s press conference, Cyberpunk 2077 was already a highly-anticipated title for most onlookers, but CD Projekt Red decided to throw us for a loop when they revealed Keanu Reeves will be playing a big role in the game. Following a deal gone bad, protagonist V ends up waking up in a scrapyard. You might think that’d make for a poor beginning to any day, but a few seconds later we see a sunglasses-clad and bionic-armed Keanu Reeves squat down in front of the screen, asking V to burn the city.

Better yet, Keanu himself then took to the stage to briefly talk about the game. The best moment? When an audience member shouted “You’re breathtaking!” back at him. CD Projekt Red has even offered the caller a free copy of the game come launch.

Square Enix releases the FF7 Remake trailer before their showcase

In one of the oddest moves of E3 2019, Square Enix decided that the smart move to build excitement for the Final Fantasy 7 remake would be to release the trailer in advance of their own conference, revealing the release date as March 3, 2020. We’re excited, sure, but didn’t you want to save this for the actual show, Square? Turn out they had other surprises planned...

Surprises like a Final Fantasy 8 Remake! Not content to leave us waiting years for the FF7 remake, Square Enix went ahead and announced they were also working on a remake for Squall's adventure in Final Fantasy 8, too. This is no FF7, ground-up remake. Releasing this year, the FF8 remake promises "overhauled visuals" but otherwise appears to be a straight re-release of the original game. The good news? It's on its way this year, meaning it'll arrive before the FF7 Remake!

A Breath of the Wild sequel is in the works

Easily one of the best surprises from Nintendo's Direct this year was the news that a sequel to Breath of the Wild is in the works. It looks like Hyrule Castle's troubles are far from over as link and Zelda (sporting a sweet new haircut) head into the depths together to find some kind of corruption there. The end of the trailer shows the castle lifting into the sky, which could indicate a whole new environment! Will be finally get to play as Zelda? We can but hope.

We knew we'd get news of one DLC fighter during Nintendo's E3 direct, but in the end we got a double whammy, with the Direct sandwiched by the reveals of Dragon Quest Hero and Banjo-Kazooie. Both came as a surprise and look pretty amazing, but we'll need to wait until later in Summer for Dragon Quest, and then Fall for Banjo. We can hardly contain our excitement!

Double Fine is known for their quirky send of humor, but primarily for being a fairly successful indie studio. It’s no secret that Microsoft Game Studios has been gobbling up several studios for their first party roster in recent years, but it still came as a surprise to us when Tim Schafer came out on stage to reveal that Double Fine Productions would be joining the family too! We got a nice extra look at Psychonauts 2 as well, and let’s be honest, we were never going to complain about that.

Crossfire is coming to the West

Not heard of Crossfire before? Don’t worry, neither has most of the West. That hasn’t stopped it from becoming the most played FPS in the world thanks to its massive success in Asia. During Microsoft’s E3 press conference it was revealed that CrossfireX would finally bring the game to Western consoles. Given that, visually at least, Crossfire looks like a game from 1995, and the game is rife with microtransactions, we don’t really know what to expect. The CG trailer shown doesn’t give many clues, but it has been known for some time that Remedy (you know, the folks working on Control) will be making a singleplayer campaign for CrossfireX. Yeah, we’re as baffled as you are.

Blair Witch last entered our brainspace back in 2016 thanks to the release of a tepid reboot/sequel movie, which made the reveal of a new Blair Witch game during Microsoft’s E3 conference unexpected, to say the least. We’re not entirely sure who this game is aimed at, but the classic found footage approach of the movies appears to have been converted into an Outlast-style horror game involving an old-fashioned camera recorder. The good news? There’s a handy doggo companion at least. Oh, and did we mention it’s being developed by Layers of Fear developer Bloober? Perhaps there’s some hope for this spookfest after all.

Collector's editions for games have never been afraid to veer into the bizarre, but afterthe Halo 3 Legendary Edition tiny helmet fiasco, we didn't think anyone would risk releasing a 'wearable' helmet. Step up to the plate DOOM Eternal, which will be giving anyone who buys its special edition a 'full-sized, wearable DOOM Slayer Helmet replica'. We have a sneaking suspicion that this may, in fact, be a mask rather than a helmet, but for now we're willing to dream. This guy certainly seems to be wearing it:

There’s still more to come from E3 2019, so stay tuned for more of the biggest surprises from this year’s conference! Check back with us here at AllGamers regularly, and visit our Twitter and YouTube too for more of the latest coverage of all things E3 2019.