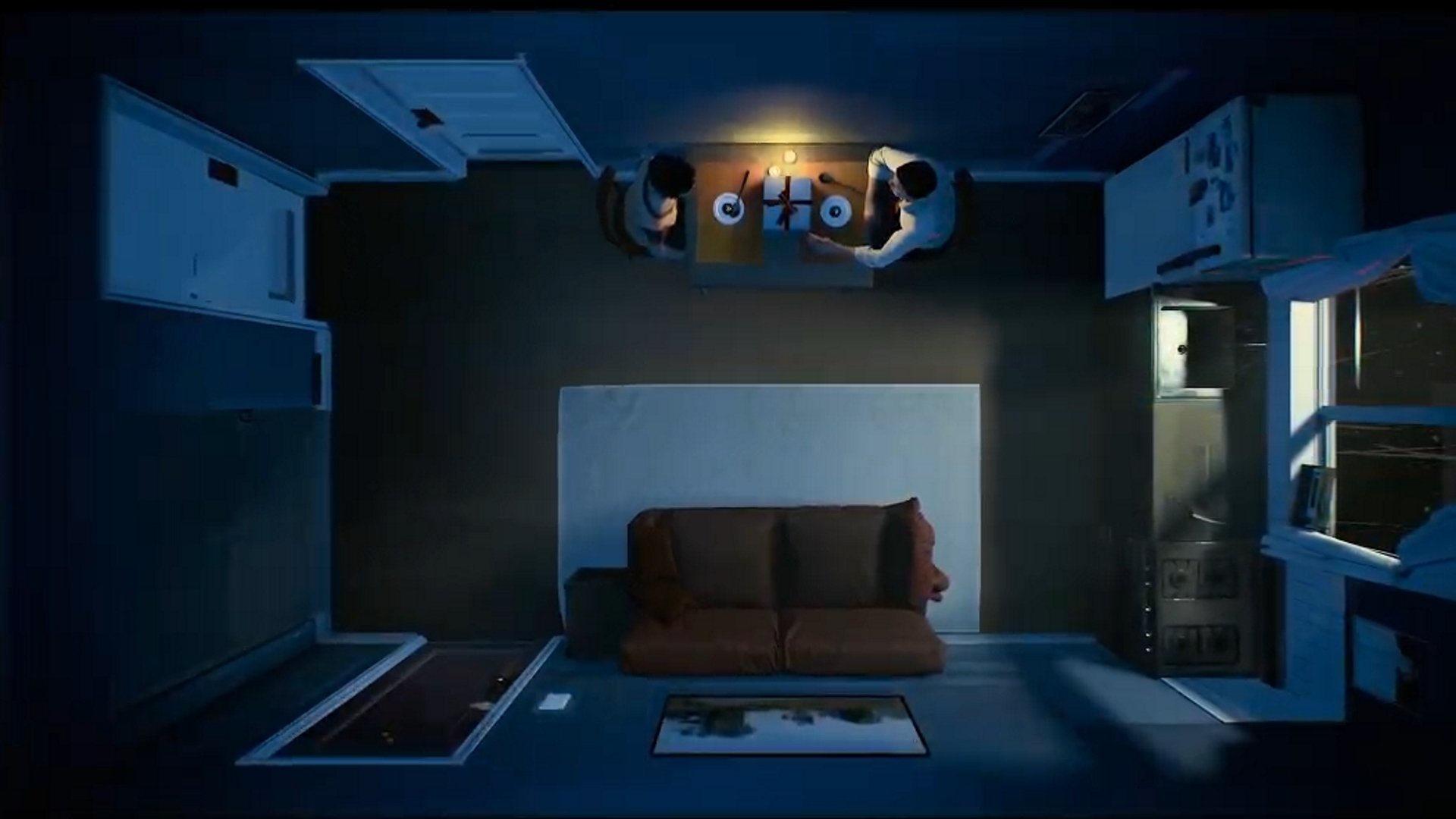 12 Minutes is an interactive thriller coming to Xbox One

In it, you play a man stuck reliving the same terrifying squeuence of his life over and over in a single room. It looks like we'll be able to choose different actions and responses in each loop, changing the outcome of the night.

The trailer shows a man having dinner with his wife. As she attempts to surprise him with a gift, he interrupts her dialogue to predict everything she's going to say, and preempting the fact that a man is arriving to hurt the two of them. Shortly after their discussion a knock on the door arrives claiming to be the police. When the attacker breaks hin, the protagonist fails to take him down with a knife, and is knocked out, starting the loop all over again.

We get a look at several different oucomes, both pleasant and unsettling in the short trailer. It's not clear yet how the player will control the decisions made, but it looks like there are plenty of outcomes to discover in 12 Minutes.