Learn the Tactical, Ultimate and Passive abilities Apex Legends' new character Wattson will have access to. 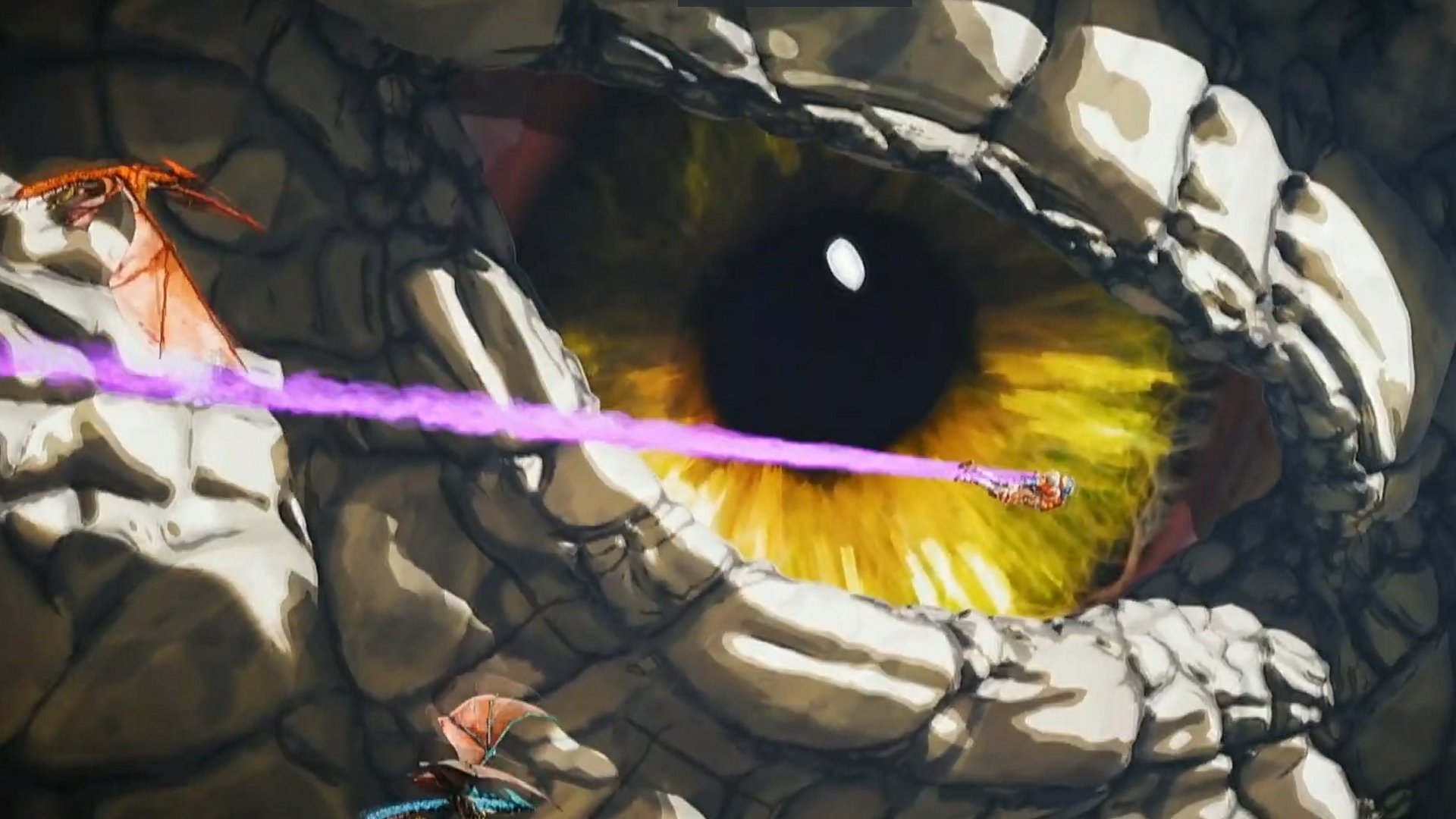 Update- the official trailer is now here for Bleeding Edge. See it and learn details about the alpha test on June 27.

Apex Legends might be getting a giant dragon as a special map event in Season 2.

Blink and you’ll have missed it at the end of the Apex Legends portion from today’s EA Play livestream, but big things are on the way to Kings Canyon in Season 2. By big things we mean a giant freaking dragon from the looks of it.

Respawn Entertainment has been teasing that a special event would be coming to Apex Legends in Season 2, but we certainly didn’t expect a monster battle. The tiny teaser shows an enormous eye opening next to a Legend soaring through the sky next to smaller, lizard-like monsters. Judging by the size of the eye, it's a pretty big beast indeed, similar in scale to the massive creatures just off the coast of the map in-game. Perhaps this could explain where the giant bones on the map have come from...

Will we be battling it out against one another while trying to fend off this mighty beast? Or will players be forced to work together to take down this massive creature and its minions? We’ll have to wait until July 2 to know for sure, but Respawn Entertainment’s Drew McCoy said fans should keep an eye on the Apex Twitter account and other social media platforms to try and spot clues in the coming weeks.

Season 2 is bringing plenty of other things to Apex Legends that we do know more about, and that includes a new ranked mode, as well as a brand new Legend called Wattson who specializes in defense.