The Sword and Shield Legendary Pokemon have been revealed in the latest Direct. 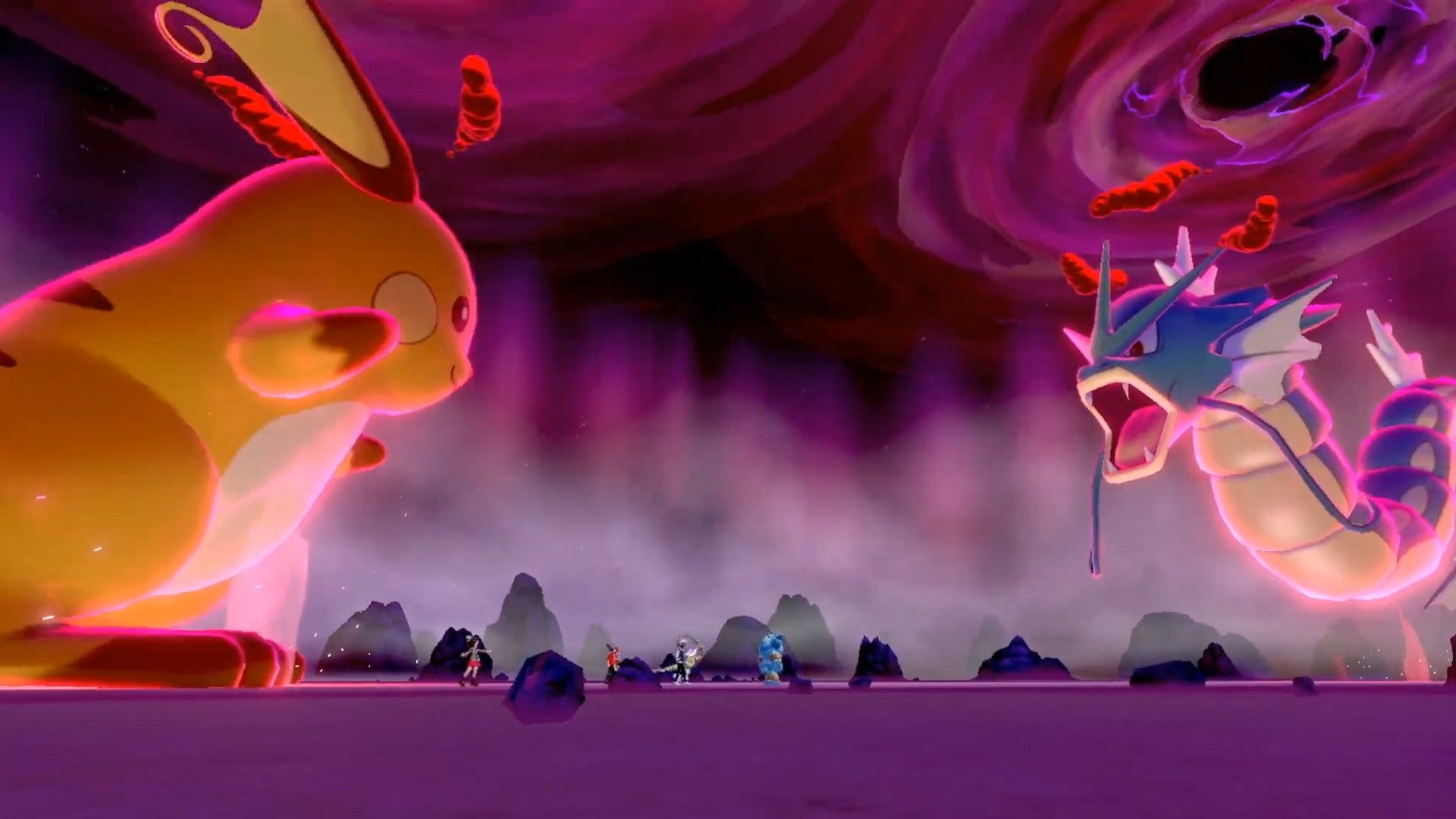 Grab both Sword and Shield all in one convenient package.

We now know that Pokemon Sword and Shield will be taking us to the Gala region in November this year, and in the latest Nintendo Pokemon Direct we got a short look at some of the new battle mechanics available in the upcoming Switch title. The biggest additions are the Dynamax and Maxraid systems that let trainers supersize their Pokemon and take part in join battles against powerful creatures. In this article we’ll be breaking down what Dynamax is in Pokemon Sword and Shield.

Dynamax is a brand new feature in Pokemon Sword and Shield that lets you overload your Pokemon for an all-out series of attacks for several turns. Only Pokemon from the Gala region have access to this power.

By selecting Dynamax from the battle menu, you can enhance your Pokemon not just in size, but in power too. Growing to an enormous degree, Dynamaxed Pokemon also replace all of their standard moves with Max Moves that correspond to their default attacks. In the Nintendo Direct we see Raichu’s Thunderbolt become Max Lightning, while Light Shield becomes Max Guard. It looks like there are set Max version of each Pokemon attack type.

You can only use Dynamax once per battle, and your Pokemon will return to regular size after just three turns, making it crucial that you learn when to use it correctly if you want to become a true Pokemon master in Gala.

Dynamax isn’t just a way to overpower your enemies during trainer and gym battles, it’s also essential for the new Max Raid battles. In these, four Pokemon trainers can team up to take down wild, Dynamax Pokemon that retain their giant form. These are extremely tough fights, and only one of the trainers involved will be able to Dynamax their Pokemon. Learning who should use Dynamax and when to deploy it during these cooperative fights adds an interesting dynamic of coordination to the fights. Some Pokemon will only be available to catch through Max Raid battles, so make sure you take the time to master the Dynamax system! We've embedded the full Pokemon Direct below so you can see the Dynamax battles in action