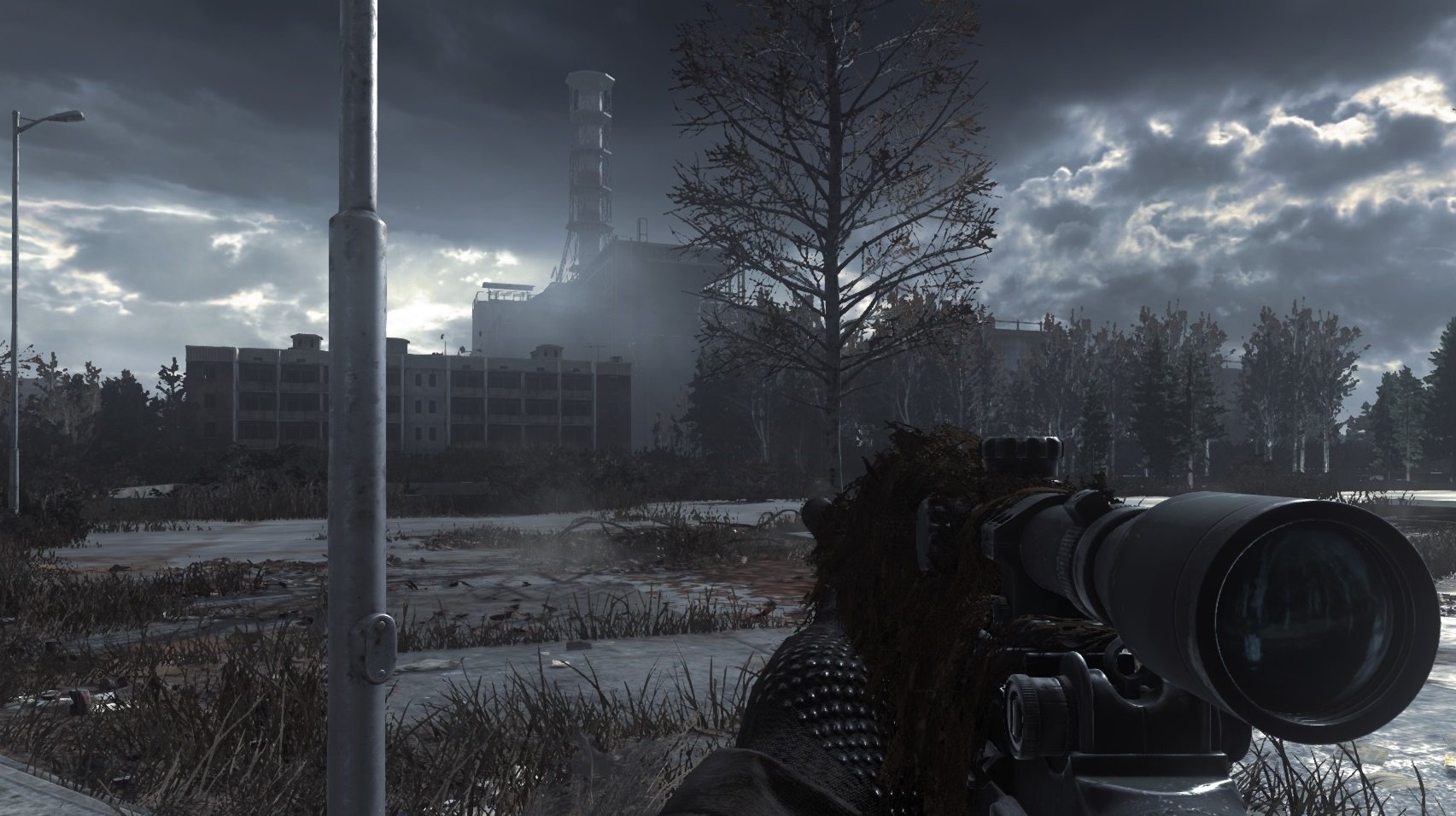 The HBO miniseries Chernobyl has captivated viewer attention all over the world, and tells the harrowing true story of a nuclear accident that occurred in 1986. While the show has certainly renewed curiosity about Chernobyl, there are several video games that have attempted to capture the devastating aftermath of nuclear fallout.

Some relate directly to Chernobyl including the S.T.A.L.K.E.R. series, while others like The Last of Us offer post-apocalyptic visuals similar to what the Pripyat area looks like today. Abandoned, decomposing, and overgrown with nature. If you’re looking for more ways to let Chernobyl sink in after watching the season finale, we’ve listed the best video games to play to safely experience nuclear fallout.

Let’s start with the most obvious choice for those interested in getting the Chernobyl experience. The S.T.A.L.K.E.R series includes a variety of different games developed by Ukrainian game developer GSC Game World. While we recommend starting at the beginning with 2007’s Shadow of Chernobyl, those looking for the most recent entry in the series should grab Call of Pripyat.

All of the games are set in the radiated exclusion zone of Chernobyl, though they dial things up even further by adding a fictional second explosion and mutant creatures. In reality, only one explosion occurred (the No. 4 nuclear reactor) at Chernobyl and the current exclusion zone can be visited, with guided tours offered to anyone with a morbid curiosity. No mutants exist there to our knowledge.

While S.T.A.L.K.E.R. offers deviations, the visuals of the Chernobyl Nuclear Power Plant and the ravaged exclusion zone are chilling to explore. Plus, the gameplay is an absolute blast! Keep an eye out as S.T.A.L.K.E.R. 2 was confirmed to still be in development as of May 2019. Will the game release by the end of 2019? We certainly hope so!

The next game on our list of post-Chernobyl recommendations is Call of Duty 4: Modern Warfare, though if visuals and graphics are important to you we suggest grabbing the updated Call of Duty: Modern Warfare Remastered. While the game’s campaign isn’t set in and around Chernobyl in its entirety like the S.T.A.L.K.E.R. series, it does feature the famous “All Ghillied Up” mission.

In this mission, gamers can play through a flashback where Captain Price and Captain MacMillain are tasked with assassinating Imran Zakhaev. At the beginning of the mission, the player starts out in the Pripyat outskirts and work their way towards the center of Pripyat itself. With Pripyat being the main location of Chernobyl, viewing it from the ground in Call of Duty: Modern Warfare Remastered is quite an experience.

There’s even a faithful recreation of the ferris wheel from the Pripyat amusement park. What’s tragic about this ferris wheel is that the park was scheduled to open on May 1, 1986. Due to the accident at Chernobyl, the park was never able to open, leaving the unused ferris wheel to rot and rust away.

If you want to see the ferris wheel “in person” without traveling to Pripyat yourself, there’s no better game to play than Call of Duty: Modern Warfare Remastered. As added incentive, Call of Duty: Modern Warfare was recently announced and is scheduled to release on October 25, 2019 which will reportedly include the return of Captain Price, albeit with a different voice actor.

The Last of Us

Unlike S.T.A.L.K.E.R. or Call of Duty: Modern Warfare Remastered, The Last of Us is not set around Pripyat or Chernobyl. However, we’ve included it as The Last of Us is one of the best post-apocalyptic games ever made. What’s more, many people who’ve taken the guided tours in Pripyat have compared the scenery in the current exclusion zone to what’s shown in The Last of Us.

Essentially, if you aren’t looking to travel to Pripyat to experience the abandoned town for yourself, you can always play The Last of Us. The buildings, overgrowth, debris, and rubble in The Last of Us mirror what remains of Pripyat… minus the radiation. Of course, there are hazards in The Last of Us in the form of zombielike creatures mutated from a strain of Cordyceps fungus.

If you’ve already played S.T.A.L.K.E.R. and enjoyed the series but haven’t played The Last of Us, you absolutely should. Like the previous games on our list, the story of The Last of Us is being revisited with The Last of Us: Part II scheduled to release either in 2019 or early 2020.

The Fallout series offer some of the most popular post-apocalyptic games and add an element of survival to the mix. To experience these games for yourself, we suggest Fallout 4 as the most recent (we’re ignoring Fallout 76) entry in the series. In Fallout 4, you’re able to explore nuclear wastelands, fend off mutated creatures, and even avoid pockets of radiation.

If the Dosimeter scenes in Chernobyl haunted you, you may be interested to know that there are plenty of moments like that in Fallout 4. Take in too much radiation in Fallout 4, and you’ll suffer from radiation sickness that’s similar (though not to the same extent) as what’s seen in Chernobyl. What’s nice is that in Fallout4 you can use RadX and RadAway to mitigate the doses of radiation you receive.

Though even this is similar to using potassium iodine tablets for real-life radiation exposure. In the future, it’s possible we may get a Fallout 5, though nothing of the sort has been confirmed as right now.

Last, but certainly not least, you have the Metro series. For Metro, we recommend Metro Exodus as the newest game and the game with the most outdoor exploration as opposed to the underground tunnels prominent in Metro 2033 and Metro: Last Light. Based on books by Dmitry Glukhovsky, the Metro series features a fictional, post-apocalyptic version of Moscow, Russia.

While there are key differences between Moscow and Pripyat, there’s a similar feel to the wasteland you explore, especially in Metro Exodus. Like Fallout 4, you’ll have to worry about radiation in Metro Exodus and will have to use protection like a gas mask to avoid becoming sick, or perishing due to radiation poisoning.

The winter theme offers a different take than the other games on this list, and gives an idea as to what Pripyat may look like covered in snow. Again, it’s great if you’re uninterested in paying a visit yourself. There are also fun gameplay elements with exploration, combat, and mutated enemies.

After reviewing our list of games to play after watching the Chernobyl season finale on HBO, what are your thoughts? Have you played any of these games? Are there other games you’d recommend to people curious about Chernobyl? Let us know down in the comments below!