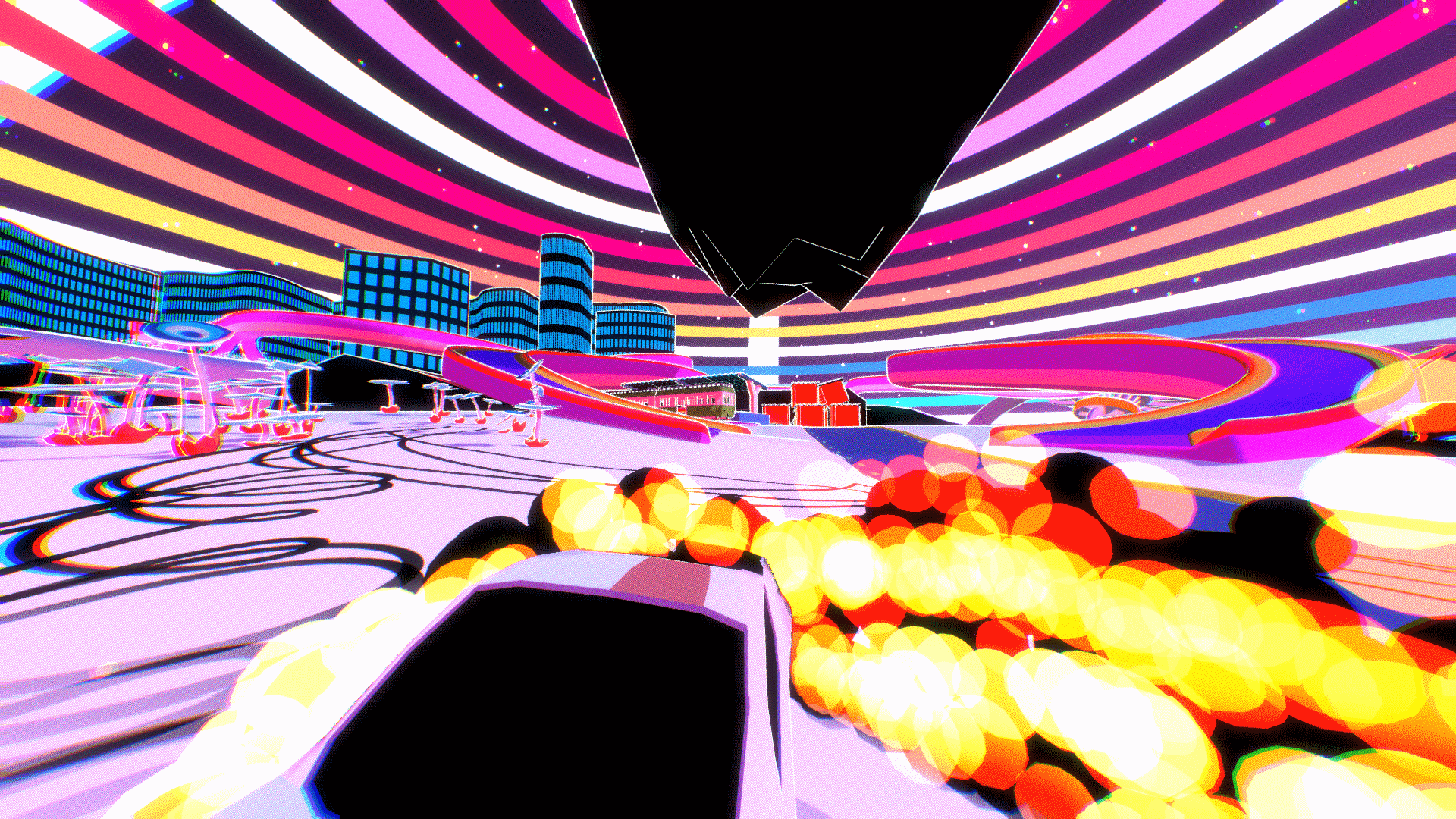 One of our favourite things about #screenshotsaturday is getting to see developers working on truly unique concepts. Developed by a group of Zurich university students, Letters Game seems to fit that bill perfectly. Platforming across lines of a child’s diary, you grab and move words to alter the story and hand-drawn art around you.

In this week’s showcase of the platforming adventure game, our little protagonist shifts the word fun onto a picture of her and a friend. The action transforms the forlorn image to one of the pair gleefully enjoying each other’s company. You can check out the game’s first trailer below:

Fugl is a procedurally generated, voxel based flying sim in which you soar a bird through colourful forests. In this week’s #screenshotsaturday, creator Johan Gjestland gives us a lengthy look at the generation process for the game’s luscious vegetation. Adjusting parameters on the fly, we get to see the effects of lighting, vegetation density and more.

Fugl is available on Steam Early Access, and you can take a gander at the trailer below to see the game’s speedy yet soothing flights in action. From the looks of things you’ll be able to explore more than just forests, with sandy rocks, unusual creatures and eerie alien landscapes emerging around you.

Sometimes it’s the little details that really make a game. In this case, it’s responsively bouncy flowers. Eagle Island has already proven its chops in fully funding its Kickstarter, and is making its way onto Steam soon. Another procedurally generated game, Eagle Island is a platformer that takes “inspiration from Yoshi’s Island and Metroid.”

Everyone seemed to love the bouncy flowers, so there will be lots of them#gamedev #pixelart #screenshotsaturday #EagleIsland pic.twitter.com/WOWSwa86zb

Bobbing in an adorable fashion when you pass, bright sunflowers also spring back and forth in response to an explosion. It might seem a small touch, but environmental effects like these add up to create an atmosphere that really makes you fall in love with a game’s world.

And as if that wasn’t enough, Pixelnicks even included a second, more amusing take on #screenshotsaturday:

Camera controls are the bane of every developer’s existence, but sometimes they can create a thing of a beauty.

Mugsters is bring developed by Reinkout games, with Team17 taking the publishing helm. The game sets you the task of repelling an alien invasion by running around recklessly, making use of as many ludicrously careering vehicles as possible to solve puzzles and outmaneuver the Earth’s aggressors.

There aren’t any aliens in sight for this shot, but we do get to watch a plane make a gorgeous takeoff over shimmering, crystalline water, spiralling upward as the camera pans around it.

Considering the core gameplay, it’s a deceptively serene shot. Here’s the game’s full, nonsensical trailer to clear up any misconceptions:

And then there are the developers we’re pretty sure are high while designing. Every wondered what a train carriage drifting through an F-Zero track set in a psychedelic dream-space would be like? No? Well Drift Space is here to bring that reality to you anyway.

If that clip doesn’t convince you to give this game a go, I don’t know what will. A demo for Drift Space is available on itch.io, just be aware you’ll want a controller to test it. tjern has been dishing out updates to testable portion of the game, so be sure to check back later for new versions if you like it.