We recap everything shown in the new Death Stranding release date trailer. 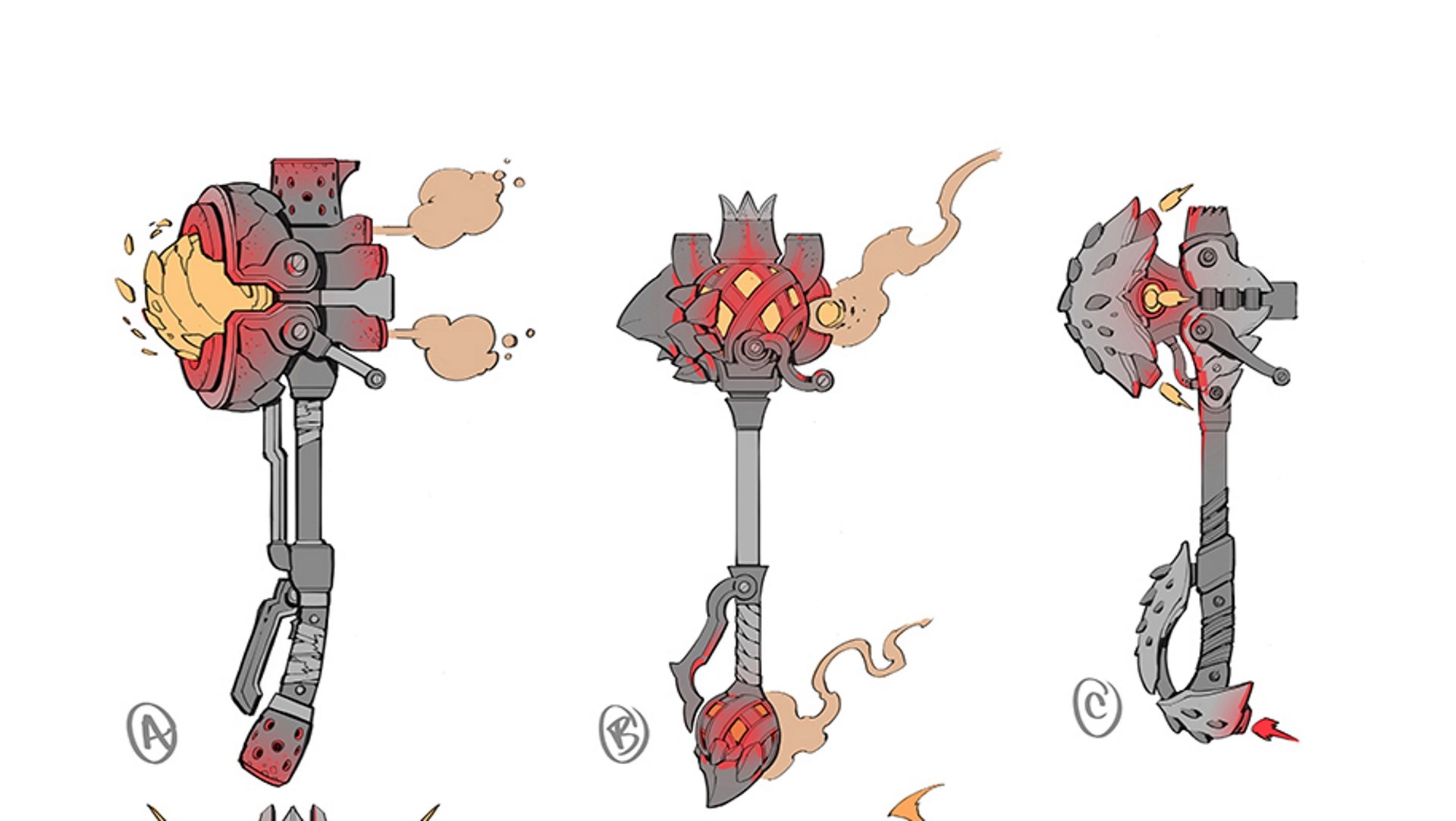 How to get the Molten Edict Exotic Hammer in Dauntless

Can't move in Dauntless? Here's how to get unstuck

Found yourself inside a wall or the floor and can't move? Here's how to get unstuck in Dauntless.

Weapons in Dauntless work under an archetype system, with every weapon in the Hammer class controlling the same, and likewise for Swords, Axes and War Pikes. Well, all of them except the Exotic Weapons. These rare and highly sought after weapons adjust core mechanics of the Dauntless weapons, refreshing the gameplay a bit. In this guide we’ll be looking at Molten Edict, the Exotic Hammer. Instead of a shotgun blast, Molten Edict will launch a ball of magma that bounces a few times before leaving a pool of lava on the floor. It’s a great choice against Frost Behemoths, but to unlock and upgrade it you’ll need to jump through some hoops. Read on to learn how to get Molten Edict in Dauntless.

How to get the Molten Edict Exotic Hammer

To get Molten Edict, you’re going to need to have unlocked Heroic Patrols. You won’t be able to unlock any Exotic Weapons in Dauntless until you’ve reached this stage. So keep chugging through Katerin Sorrel’s missions and boosting your Slayer Rank until you make it there. Once you’re ready, you can begin the Exotic grind.

Before you can craft Molten Edict, you need to collect its blueprints. These can only be obtained through Heroic Patrols or by hunting the Firebrand Charrogg in a Pursuit. There’s no way to guarantee you’ll receive the Molten Edict blueprints as a drop, but there’s a chance every time you complete a Heroic Patrol against Behemoths of Threat Level 8+, or each time you take down the Firebrand Charrogg. The Charrogg has the best odds of it dropping, but even then the chances are still slim. You’ll need to complete the fight as many times as it takes for luck to grace you with blueprints as a reward.

The Firebrand Charrogg is a Threat Level 8 (13 for the Heroic version) Blaze Behemoth, so make sure you understand elemental weaknesses and are equipped properly. If you’re farming the Pursuit then we recommend taking a Hammer user in your team to stagger the beast. And let you kill it faster.

How to craft and upgrade Molten Edict Exotic Hammer

Once you’ve managed to get Molten Edict, you’ll then need to craft it. This is done just like any other weapon, but the resources you need are a bit tougher to obtain. Here’s what you’ll need to make the base level Molten Edict:

Charrogg Scale and Scorched Rockhide can be obtained by breaking parts as usual during the Charrogg right, but the Elemental Furyplate and Elemental Tailgem involve some more work. The Elemental Furyplate requires you to break the limbs of any Threat Level 8+ Elemental Behemoth while they are enraged. This means you must smash the part while the creature is glowing red and in its aggressive attack pattern. The Elemental Tailgem can only be earned by destroying the tail of any Threat Level 8+ Elemental Behemoth within two minutes of combat starting. You need to move extremely quickly and focus exclusively on the tail to earn this part. Bring good part damage weapons like the Sword, Chain Blades, Axe and War Pikes to work on this. Hammers can’t sever tails or horns, so leave that one behind.

Once crafted, levels +1 to +5 will need increasing numbers of Blaze Orbs as usual. For level +6, you’ll need the following goods:

By this point you should know how to get Arcstones, and the Smoldering Firebrand and Horn can be earned by breaking parts during the Charrogg hunts. Neutral Furytooth can be gained by breaking the head of an enraged Neutral Behemoth at Threat Level 8+, while Neutral Clawgem requires you to break the limbs of a Threat Level 8+ Neutral Behemoth within two minutes of combat starting.

The tricky parts here are the Lumbering Flamesoul Shard, Aetheric Claw, and Elemental Skullgem. The first is an Epic drop from defeating the Heroic Firebrand Charrogg, which means there’s no guarantee you’ll earn it in any fight. You need to keep killing the Heroic Charrogg until you’ve been lucky enough to have two of these drop. Aetheric Claw is a rare drop from the limbs of an Aether charged Behemoth (Threat Level 8+), meaning you need to break limbs while the Elemental Behemoth is Aether charged (it’s appearance will change to reflect the element it is charged by). Finally, Elemental Skullgem is earned by breaking the head of an Elemental Behemoth within two minutes of combat starting.

From there on out, you’ll need increasing numbers of Peerless Arcstone to upgrade the Molten Edict. The final level of +15 asks for 40 Peerless Arcstone, so expect to have quite a bit of a grind on your hands. Want to see Molten Edict in action? The PlayDauntless website has a special page for it with concept art and clips of its special ability being used!

There’s a lot of luck, and a whole lot of grinding involved in being able to get the Molten Edict Exotic Hammer in Dauntless, but it makes for an enjoyable long-term goal while you work on other things.While you’re here, you can also learn how to get The Hunger Exotic Sword, or take a gander at our Exotic Weapons hub for all of the fancy blades currently available in Dauntless.