In a new teaser trailer, Ubisoft revealed their E3 2019 plans along with a few surprise game codes. 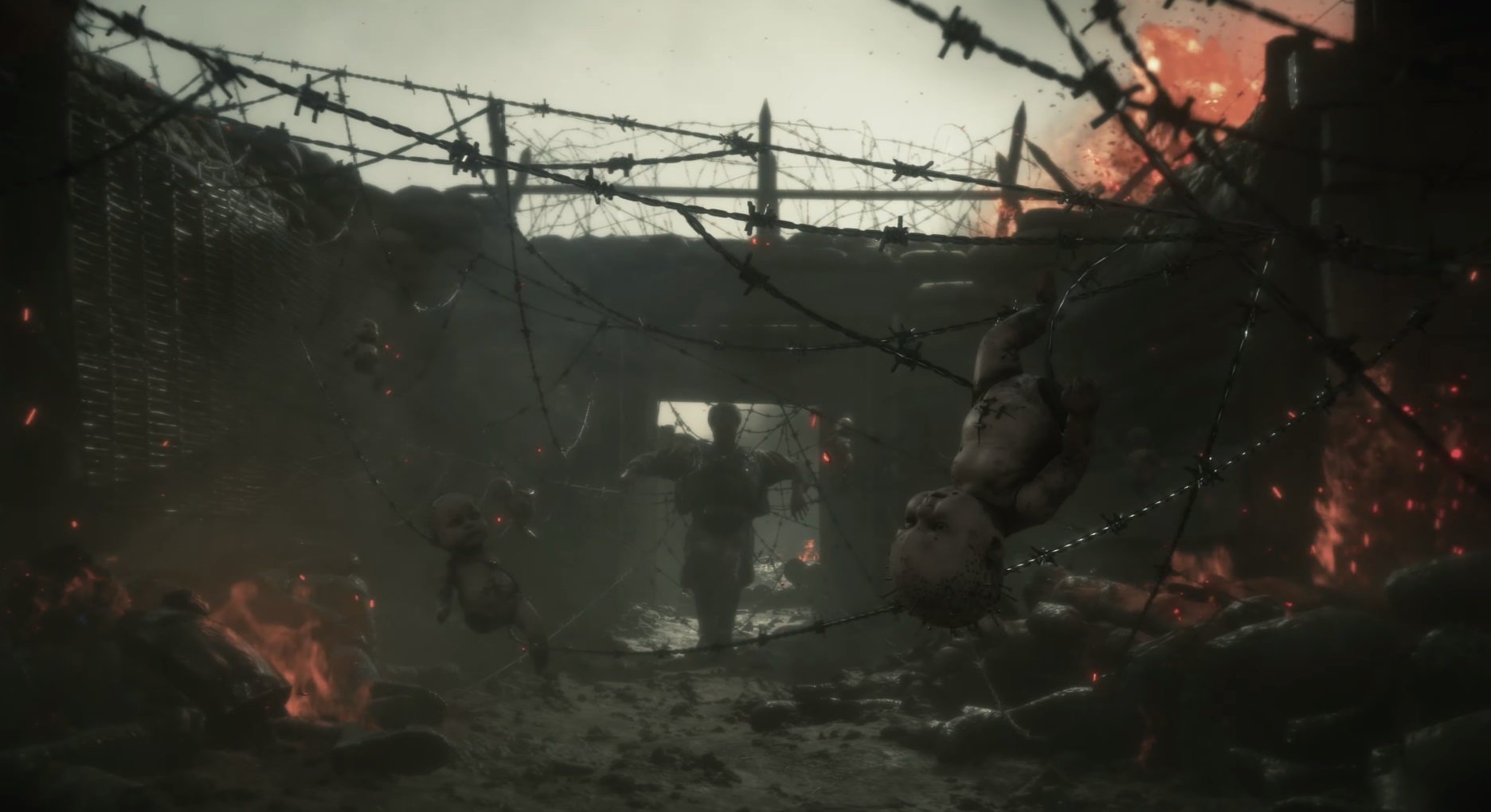 How to get the Molten Edict Exotic Hammer in Dauntless

Set Behemoths ablaze by learning how to get and upgrade Molten Edict, the Exotic Hammer in Dauntless.

A brand new trailer for Death Stranding dropped today, offering a closer look at the story, gameplay, and cast. A release date was also confirmed, one that leaked earlier in the day by PlayStation Taiwan. With the trailer coming in at almost 9 minutes in length, it’s easy to miss many of the key details shown.

For example, some gamers were curious as to what the song playing in the background was, which we’ve answered in this guide. For other details, we’ve decided to put together a comprehensive guide highlighting everything you might’ve missed in the new Death Stranding trailer!

In conjunction with the new Death Stranding trailer itself, Hideo Kojima shared a summary of the game’s story concept.

“People have created ‘Walls’ and become accustomed to living in isolation. Death Stranding is a completely new type of action game, where the goal of the player is to reconnect isolated cities and a fragmented society. It is created so that all elements, including the story and gameplay, are bound together by the theme of the ‘Strand’ or connection.

As Sam Porter Bridges, you will attempt to bridge these divisions, and in doing so, create new bonds or ‘Strands’ with other players around the globe. Through your experience playing the game, I hope you’ll come to understand the true importance of forging connection with others.”

To expand upon this further, the trailer confirms that you’ll play as Sam and guide him on a mission across a fragmented version of the United States. During this journey, you’ll have to avoid rogue military radicals with special powers and equipment, as well as invisible monsters known as “BTs” that serve as a threat to both you and your military foes. To avoid succumbing to the BTs, you’ll need to rely on the detection abilities of the tank baby strapped to your chest.

The trailer opens with a shot of Mads Mikkelsen looking down at someone, speaking calmly. The camera is distorted not only by rhythmic blinking, but also what appears to be liquid. At the end of the trailer, the person Mads is speaking to is revealed to be the mysterious baby. The time periods of the two scenes appear to be separate, with the opening showing Mads with blood on his cheek, and the ending depicting him wearing glasses in a more controlled setting.

After the scene with Mads, we see a photograph with Sam played by Norman Reedus and a pregnant woman whose face has been obscured. Is it possible the baby belongs to her and Sam? If so, what happened to her? Is the blood on Mads’ cheek from her, suggesting he killed her or she died in childbirth? We’ll have to wait until Death Stranding is released to know for certain.

It’s worth mentioning that the baby is described as a “Bridge baby” and Sam seems relatively unaffected by having to use it, meaning it’s probably not his but instead something created and/or preserved in a lab (as shown in parts of the trailer). Towards the end of the trailer, Mads makes an interesting comment about the baby being able to explore “the moon” someday and there are scenes with Sam – such as when he’s about to shoot himself on the head – that look like the setting of the moon.

Other glimpses show a character playing around with an AR bracelet, suggesting that some parts of Death Stranding may take place in a virtual world. The fact that Sam is frequently seen in a building full of similar technology seems to confirm this. At one point, Sam can even be seen shooting a skeletal enemy with an Assault Rifle in what looks to be a World War I setting.

Is it possible that Sam will travel to the past to collect memories (fragments) in order to reconnect the fragmented world of the present? It would be extremely interesting if true. We're also not eliminating the possibility of time travel in Death Stranding either. Overall, Death Stranding seems to be set in a futuristic, post-apocalyptic United States, and we’re eager to learn more on November 8.

Along with new details concerning the story of Death Stranding, glimpses of gameplay were also revealed. To explore and traverse the world around you, you’ll need to make use of various tools such as ladders and ropes, as well as vehicles like a motorbike. At one point in the trailer, a menu wheel is opened which features some of the tools available in Death Stranding including the aforementioned ladder, rope, and climbing anchor.

The climbing anchor is described as, “A pole that is driven into the ground to create an anchor for a rope. It allows for the ascent and descent of steep slopes and cliffs. The maximum length of ropes attached to anchors is 30m. Hold L2 to put the anchor on standby, and R2 to place it in position.”

Stealth elements are also shown, with Sam’s character being detected by nearby military enemies equipped with electric stick weapons. Sam flees as they give chase, whacking at him and the package strapped to his back. The option to hide in tall grass appears to be available along with the option for unarmed combat.

At one point, Sam is able to smack an enemy with his briefcase before hopping on his bike and speeding away, indicating you may be able to disengage from fights. Note that Kojima has clarified that Death Stranding "is not a stealth game" meaning that what's shown in the trailer isn't a reflection of how the game is played as whole.

Of course, you may want to use stealth to avoid the BTs. Based on the trailer, it looks like the only way to survive BTs once they manifest is to sneak past them undetected, with detection provided by the "Bridge baby" that you carry around with you. Movement in Death Stranding, such as when Sam is crouched down, reminds us a bit of Horizon Zero Dawn.

This makes sense considering Death Stranding also uses the Decima Engine from Guerilla Games. Other combat options are shown including an Assault Rifle, though it looks like these weapons will only work on military enemies rather than BTs. With Kojima touting Death Stranding as an action game, we anticipate players will have a variety of weapon options to choose from.

While we already knew about Norman Reedus, Mads Mikkelsen, and Guillermo del Toro, the Death Stranding trailer takes the time to confirm all of the main cast members. Not only are the actors themselves listed, we also get their official character names. Below, we’ve listed the full cast list as shown in the latest Death Stranding trailer.

New characters like Mama played by Margaret Qualley or Die-Hardman played by Tommie Earl Jenkins will be interesting to learn more about once Death Stranding is released this November. It’s also nice to know that Guillermo del Toro will indeed be part of Death Stranding, though his inclusion is listed as a “Special Appearance” in the trailer.

Because of this, we anticipate he will be included in a more limited capacity than other characters. Other actors tapped for a “Special Appearance” include Nicolas Winding Refn who plays Heartman. Rounding out the cast list is a credit for character and mechanical design courtesy of Yoji Shinkawa. If that name sounds familiar, it’s because Yoji Shinkawa previously worked as a character and mechanical designer on games including Metal Gear and Zone of the Enders.

After reviewing the latest trailer for Death Stranding, what are your thoughts? Are you planning to pre-order a copy, or will you wait until reviews are out before jumping into Death Stranding? Let us know down in the comments below!