If you've been enjoying slaying Behemoths and harvesting their parts, you might be interested to learn who made Dauntless. 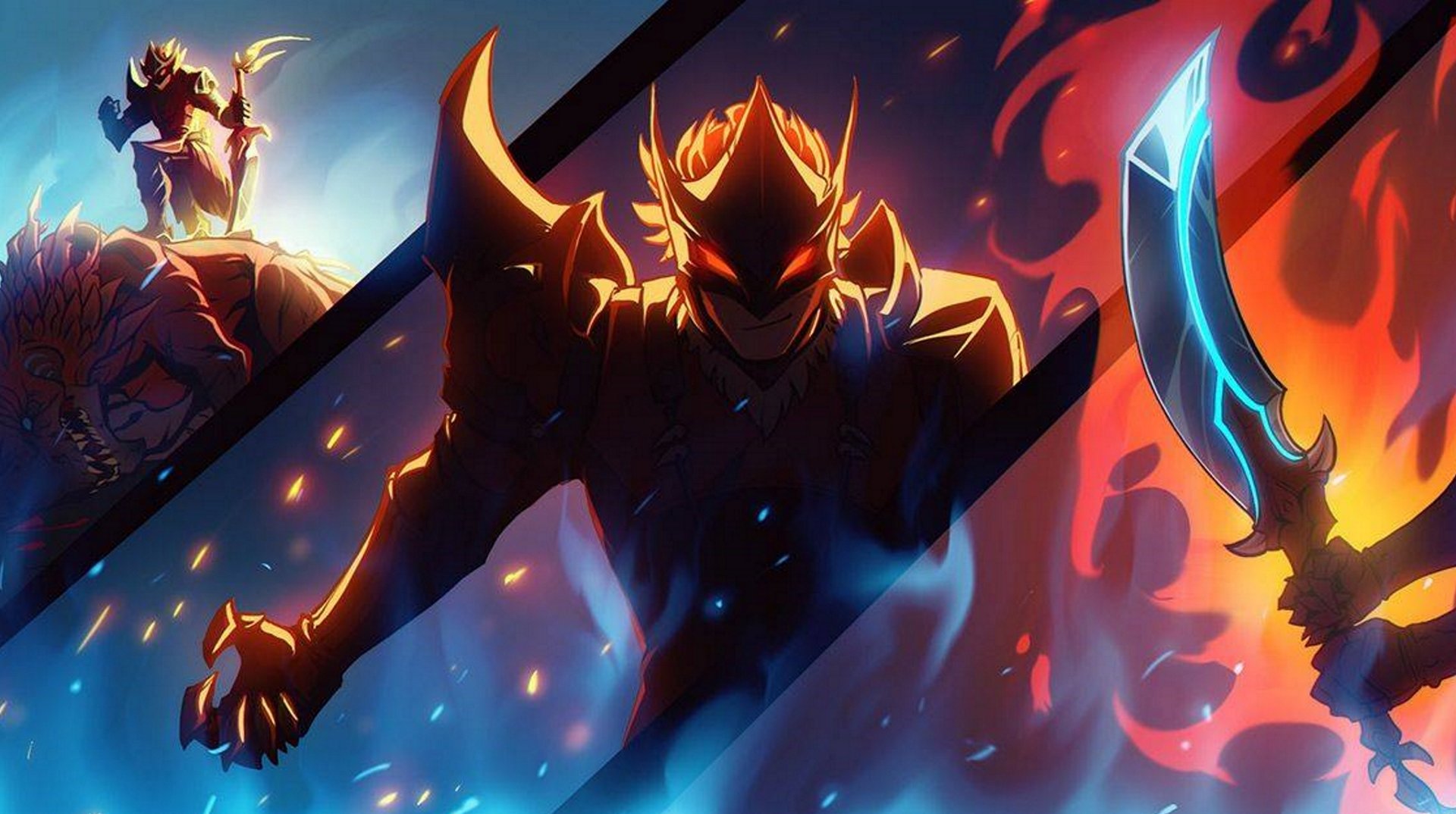 The game will reportedly drop before the end of 2019.

Whenever you’re not fighting Behemoths in Dauntless, you’ll spend most of your time in crafting fancy weapons to help you out in the next battle. Most of these are unlocked simply by fighting each monster, but there are also rarer Exotic weapons hidden out there in the Maelstrom. These unique weapons include special mods that fuindamentally change the way the weapon works, making them very valuable indeed. Earning them isn’t quite as simple as most gear parts, so in this guide we’ll take you through how to get Exotic weapons in Dauntless.

There are currently three Exotic weapons in Dauntless: The Hunger, an Exotic Sword; Molten Edict, an Exotic Hammer; and The Godhand, an Exotic War Pike. These work like traditional weapons in that you’ll need to upgrade them by harvesting Behemoth parts. Earning them, however, is another matter entirely.

Before you can make an Exotic weapon, you first need to find its blueprint. This can only be done once you've unlocked the ability to engage in Heroics. Exotic blueprints are gained by completing specific Behemoth Pursuits. Even then, you’re not guaranteed to earn the blueprint. Yep, whether or not you can get Exotic weapons in Dauntless is partly down to RNG. You may need to complete these hunts only once, or you might need to take them on many times and hope for the best.

You can also earn the Exotic weapons through Heroic Patrols. Any Behemoth you face on these offering a chance for the blueprint to drop. However, the odds of getting the blueprint as a drop in any fight are very low, so expect to spend some time grinding for them.

The key thing to note here is that all the Behemoth fights you need to complete are late-game challenges, so don’t worry about earning Exotic weapons until you’re well on your way through Dauntless. Once you’re ready, read the descriptions for each Exotic weapon below so that you know which fights to take. Read our list of all Behemoths in Dauntless to get an idea of what type they are as well.

How to get The Hunger Exotic Sword

The Hunger is an Exotic Sword which has a unique power called Feast. This causes damage over time to the user, but boosts lifesteal and attack speed while generating aetheric waves. The Hunger blueprint can only be obtained by defeating the Shrowd Behemoth, a terrifying Umbral Behemoth with a Threat Level of 17. Want to know how to craft and upgrade it? Click here for our guide to The Hunger Exotic Sword in Dauntless.

How to get the Molten Edict Exotic Hammer

How to get The Godhand Exotic War Pike

The Godhand is an Exotic War Pike which has the unique ability to fire a continuous beam which deals increasing damage (up to 200%) while it continues to hit a target. Get The Godhand blueprint by defeating the Rezakiri, a Radiant Behemoth with a high threat level of 17. For more information on how to craft and upgrade it, view our guide to The Godhand Exotic War Pike in Dauntless. See The Godhand in action in the video below by OhDough

Even once you get the blueprint your journey is far from over as you’ll first need to craft and then upgrade the weapon with even more hard to obtain parts. Exotic weapons typically require several rare drops, or items that can only be obtained by breaking parts of Behemoths within a time limit, or only while they're enraged. To put it simply, upgrading them is quite a challenge.

There’s a large degree of RNG involved, but now that you know how to get Exotic weapons in Dauntless you can begin farming the relevant Behemoths in the hopes of earning them. It may take a lot of time, or very little at all. Make your efforts a tad easier by reading some of our other Dauntless guides where you can find useful information like the current max Slayer Rank.