How to get Apocalypse Horn in Dauntless

Learn how to get Apocalypse Horn and craft Radiant gear by challenging the fearsome Valomyr. 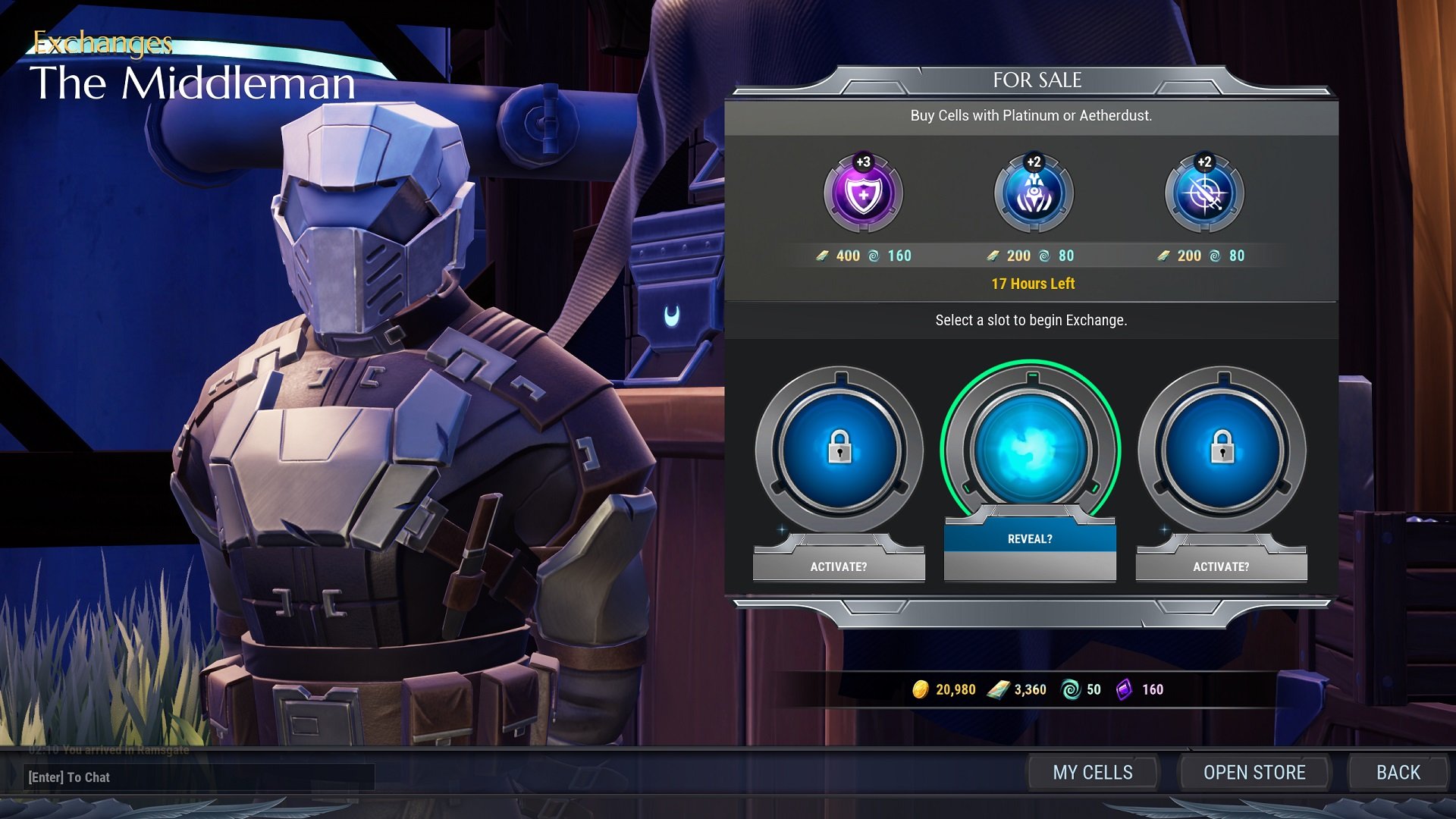 A brief overview on how to craft Radiant weapons and what they're for in Dauntless.

In Dauntless, cell fusion is one way to keep your gear getting stronger even when you don't have all the Arcstones you need to upgrade your weapons and armor. Cells are like weapon mods that you find inside Cores, the equivalent of loot boxes that you get from completing quests and Masteries. You can upgrade your cells by fusing them to make stronger versions, which turns up the intensity of whatever boon they grant to your weapon or armor. Here's how to perform cell fusion in Dauntless and get the strongest cells to help you fight Behemoths today.

How to do cell fusion in Dauntless

Right near the start of Dauntless you're introduced to a shady fellow to the left of the Captain's quarters, called The Middleman. This chap can help you procure cells, and make your current cells stronger, with just a little time. There are three rarities of Cell, each providing a stronger Perk tier bonus than the one below it. The rarities range from Uncommon (Green), Rare (Blue) and Epic (Purple). To ascend a particular cell to the next rarity tier, you'll need to perform cell fusion, which The Middleman can perform for you.

Select the empty circular cell chamber in the middle of his screen and you'll be able to choose two cells. The first cell is the one you want to power up, the second (which must be of the same rarity) will be "fed" into the original one to power it up. You'll lose the second cell, but gain a beefier version of the first cell. This can be useful if you end up with hundreds of cells that provide perks you're not interested in, and you want to make more powerful versions of the ones you are interested in using in your build.

You can also choose a single Epic (purple) cell and pay 2000 Rams to exchange it for another random Epic cell.

How long does cell fusion take?

As you go through the rarity ranks in Dauntless' cell fusion side-business, you'll notice that the timer before your cell is fused and ready to pick up increases. Combining two Uncommon (green) cells will take 24 hours, and two Rare (blue) cells takes 48 hours. If another rarity level is introduced above Epic, we expect it will take 72 hours to combine two purple cells together. You can, of course, speed up this process but it will cost you Ace chips. It costs one Ace chip per hour to skip, and you can earn them from Hunt Pass levels or buy them from the in-game store in packs of 50, 200 or 1000. Each pack costs 300, 1100, 5100 platinum which itself costs about $5, $13 and $50 respectively.

Given that it's 24 to skip a full cell fusion, you can get two skips for $5, 8 skips for $13 and 40 skips for $50. Or you could unlock the other two exchange slots for 500 platinum ($10) each and then rotate your cell fusions to gain efficiency from the free timers. OR you could just stick a cell in to fuse when you log in every day to play and you'll have a present waiting for you the next day. It's really all about how much you're willing to spend on a free game.

If you have any more questions about Cell Fusion in Dauntless, let us know in the comments below and we'll update our guide to help you out. Otherwise, check out our other Dauntless guides to get the most out of the game.