How to get Smoldering Bloodhide in Dauntless

Learn how to get the Smoldering Bloodhide by taking on the deadly Bloodfire Embermane in Dauntless. 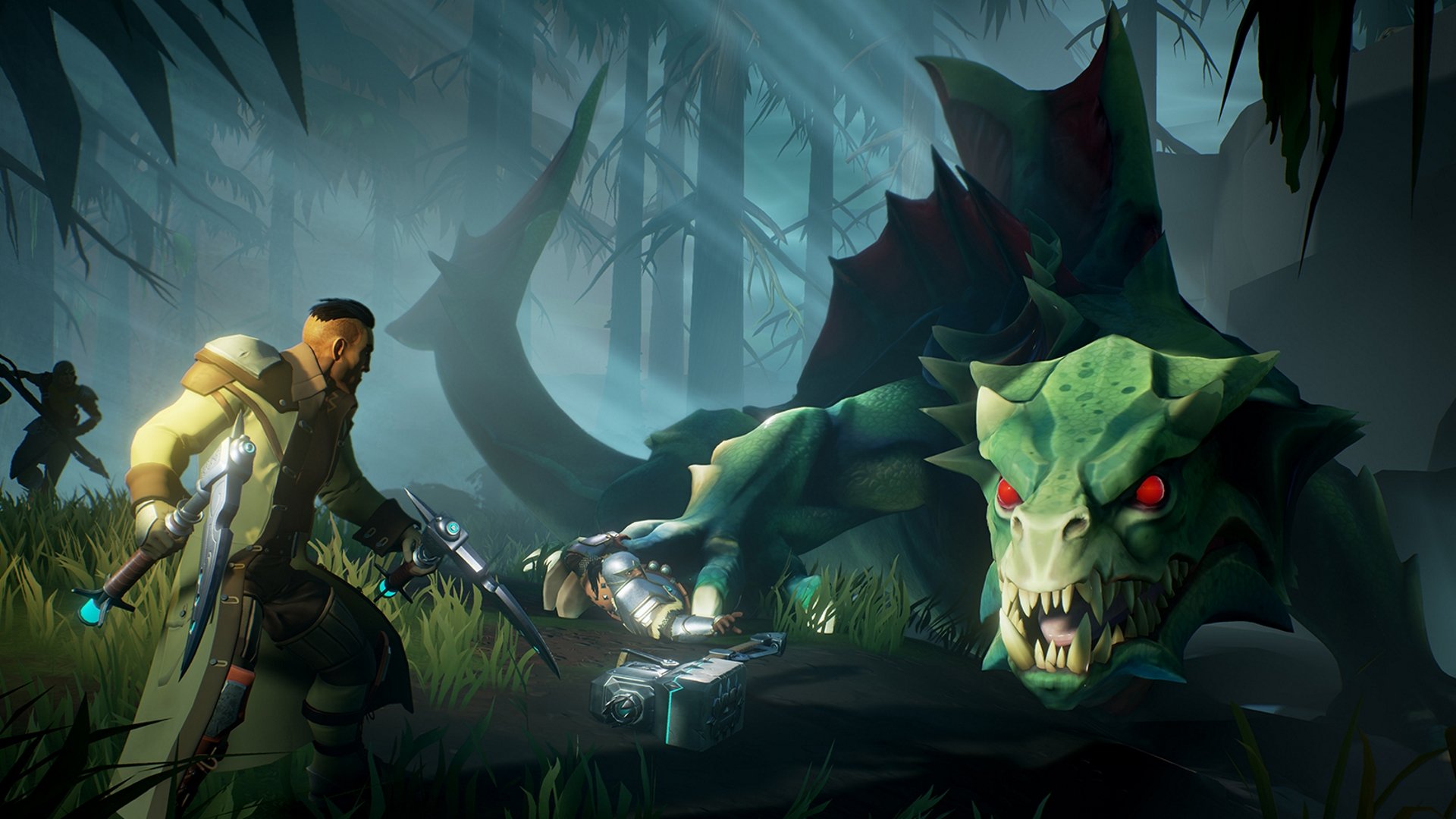 What is the Danger Meter in Dauntless and what does it do?

Wondering what that ominous Danger Meter is all about in Dauntless? We have all the details you need on what it does.

If you want to get the best weapons and armor in Dauntless, you’re going to need to harvest many different monster parts. In most cases it’s obvious where to grab them, but certain rarer Behemoth parts like the Jagged Sparkscale are a little less straightforward. Rather than waste your time hunting down a load of different Behemoths in the hope of getting what you want, read this guide to learn how to get Jagged Sparkscale in Dauntless.

You can get Jagged Sparkscale as a common drop from the legs of any Drask. If you’ve not fought this lizard-alligator Behemoth before, you probably need to continue completing quests for the mentor NPC, Katerin Sorrel. After a few of the early quests, she’ll ask you to take on several different Behemoth types including a Drask.

The Drask is a Shock Behemoth, which means you’ll need Terra weapons to deal the most damage. You should also craft yourself some shock-resistant armor to make sure you survive longer in the fight. Check our guide to all elemental weaknesses in Dauntless for more information.

To obtain the Jagged Sparkscale from the Drask, you need to break its legs. Because the Drask has four legs, you can obtain four Jagged Sparkscale in every fight if you focus your damage on each of its limbs. Part damage can be done with any weapon, but to have the best chance of breaking the leg you should use a weapon that excels at dealing it. Our guide to the best weapon types in Dauntless can point you in the right direction if you’re not sure.

If this is the first time you fight a Drask, he might seem like a pretty tough enemy at first. To make the fight much easier, focus on severing the tail first as this will render him much weaker. You can also ask a friend to bring a hammer along for the ride. Landing strikes to the legs or head will eventually stagger the Drask, giving you a prime chance to start breaking its legs while it can’t fight back.

Now that you know how to get Jagged Spark scale in Dauntless, you can use it to craft the Draskscale Plate and Gauntlets for some Shock protection, or to make the Thundering Cutters which will imbue your attacks with Shock damage. Finally, Jagged Sparkscale can also be used to create the Drask’s Eye lantern. To improve your Slayer skills, be sure to check out our beginners tips and tricks for Dauntless, as well as our list of all Behemoths in the game.