A new leak suggests that a demo for the Final Fantasy VII remake will be playable at E3 2019, but in limited capacity. 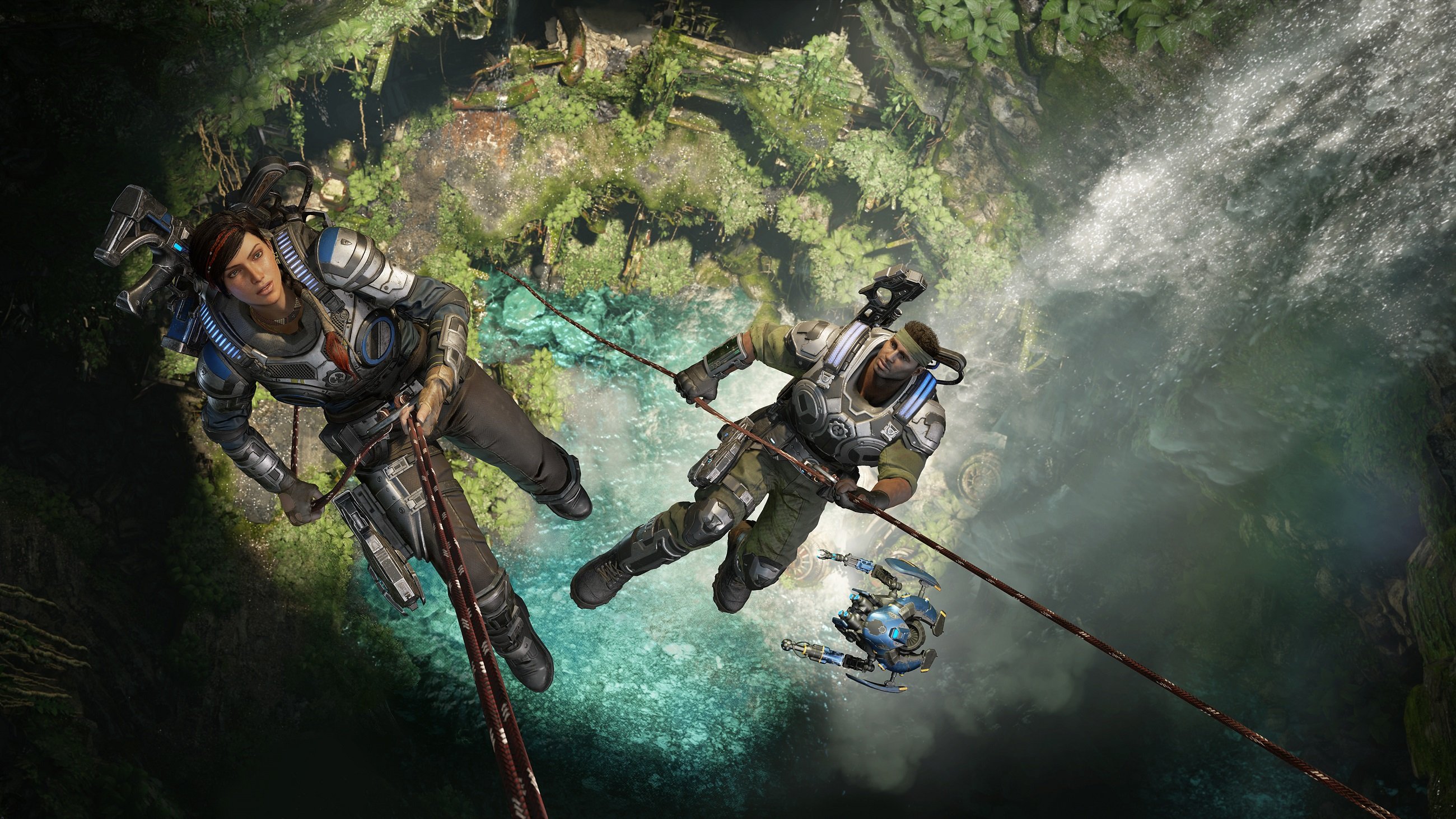 E3 2019 is right around the corner, and with the wealth of exciting game news to look forward to, it makes sense that some would leak a bit early. Not only do these leaks suggest new games and trailers, they also offer exciting details about upcoming games like Gears 5. Based on reporting over on Prima Games, a document from Microsoft outlines what gamers can expect during the Gears 5 section of Microsoft’s E3 2019 press conference.

Gears 5 Info Leaked Ahead of E3

Gears of War 5 will likely be included in the lineup for Microsoft’s E3 2019 press conference, though until that press conference goes live, there’s no way to tell what will be show. Except, a document that recently leaked and appears to be from Microsoft may provide hints as to what gamers can expect.

As with all leaks, we recommend viewing the following information with a skeptical eye, as there’s no way for us to verify this document’s legitimacy and contents until officially confirmed by Microsoft. Below, we’ve included the document and a full text breakdown of the info it contains.

“Positioning Statement: Gears 5 is the highly-anticipated sequel for one of the most acclaimed video game franchises. Coming exclusively to Xbox One and Windows in 2019.

25 Word: The world is crumbling and your enemies uniting. As Kait you must journey across the biggest, most beautiful Gears world to fight for what’s left.

50 Word: The world is crumbling and your enemies uniting. As kait you must journey across the biggest, most beautiful Gears world ever to discover your family’s dark connection to the enemy and fight to save what remains of humanity.

100+ Word: The world is crumbling. Humanity’s reliance on technology has become their downfall and enemies are uniting to wipe out all survivors. As Kait you must journey across the biggest, most beautiful Gears world to uncover the origins of the Locust, and fight with your squad to protect what’s left. Never fight alone. Play solo or with a friend in local split-screen co-op, or online co-op. Battle alongside your friends anywhere with cross-play between Xbox One and PC. Explore Sera. Skim across glaciers, sail over deserts and descent into sunken ruins to discover the largest and most diverse Gears world ever created. Visual showcase. Play every mode in 4K Ultra HD resolution with stunning HDR at a smooth 60 frames per second.”

Keep in mind that much of the information above dropped with the Gears 5 announcement trailer last year at E3 2018. Of course, confirmation that Gears 5 will have both local and online split-screen co-op is an undoubtedly exciting premise, along with cross-play for Xbox One and PC players.

Other details suggest that Gears 5 will offer a massive map for players to explore and will be the largest Gears map to day. While we can’t verify the authenticity of the document, the wording and contents definitely feel legitimate. We’ll leave it up to you, though. Do you think this is a genuine leak from Microsoft ahead of E3 2019, or will we get a slightly different look at Gears 5? Let us know down in the comments below!

Thanks again to Prima Games for the image!

For more E3 2019 leaks, be sure to recap our other features including how Final Fantasy VII may have a playable demo on the floor and for PS Plus subscribers, how THQ Nordic plans to unveil two brand new games at E3 2019, and a screenshot that suggests the two THQ games will be a new Darksiders and Destroy All Humans remake.