The hunter becomes the hunted in this unusual mod for Bloodborne. 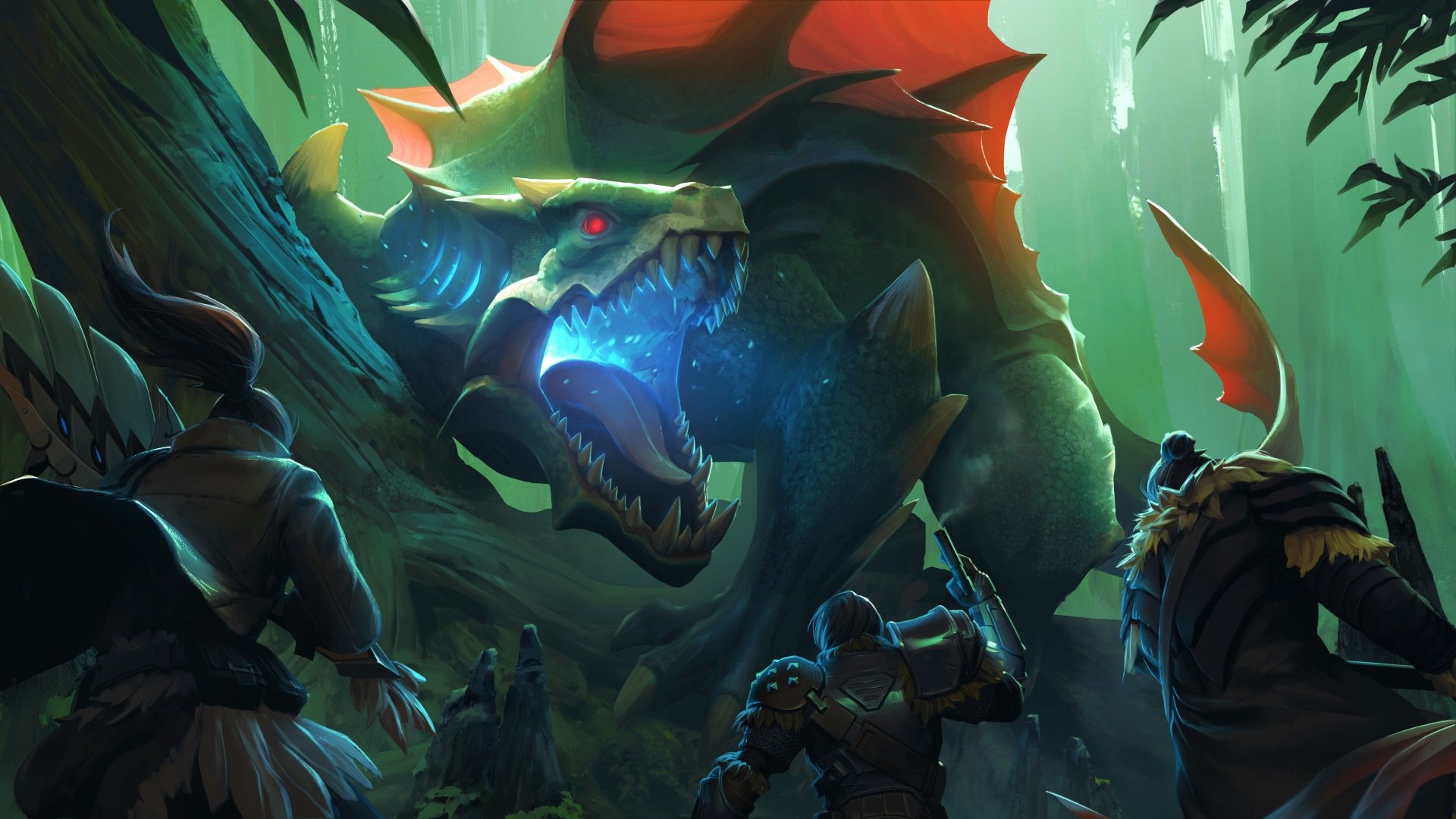 How to get Neutral Orbs in Dauntless

Here's how to get Neutral Orbs in Dauntless so you can get those upgrades you're after.

The free-to-play Behemoth slaying of Dauntless has drawn plenty of newcomers to the Monster Hunter formula, all ready to start the harvest and craft loop that’s proven so appealing. Dauntless offers several different weapon choices when you start it up. Picking between these can be a bit overwhelming, especially given you’ll need to invest a lot of orbs and crafting resources to upgrade the elemental variants of each type. For that reason, many players are eager to know what the best weapon types are in Dauntless, so in this guide we’ll try to break that down for you.

There are six weapon classes in Dauntless: Sword, Hammer, Chain Blades, Axe, War Pike and Repeaters. As you might expect, none of these stands head and shoulders above the rest. Instead, the most suitable weapon will depend on your desired playstyle, and which Behemoth you’re fighting against. Each weapon has its advantages, and we’ll highlight the best weapon type for a range of roles in Dauntless below.

Most weapons are capable of dealing part damage, but slashing types are by far the best at it. Left with the Sword, Chain Blades and Axe, which one you pick it going to depend on your aims. If you’re after sheer quanitity of parts and ease of use, the Sword and Chain Blades are the way to go. Both of these dish out a lot of part damage in a flurry of attacks and will excel at taking off multiple parts of a Behemoth. Slashing weapons (Sword, Chain Blades, War Pike) get a 50% bonus to Part damage inflicted on tails, so make sure you're using these when after anything from that part.

If you’re after a very specific part, the Axe makes a great go-to choice. The slow, heavy blows require a higher skill level to precisely land, but if you’re able to isolate a part then few weaponswill sever it faster. The downside here is that the axe deals so much damage that you’re liable to kill the Behemoth before you can net each and every part from it. Remember: blunt damage cannot sever horns or tails, so avoid using the hammer if you’re looking to secure these bits.

The best stagger and interrupt weapon

Learning how to stagger and how to interrupt is a crucial part of mastering combat in Dauntless. Knocking down a Behemoth opens up time for your team of Slayers to unleash heavy damage, making it a vital skill. When it comes to both staggers and interrupts, there’s no better weapon than the Hammer.

The Hammer deals the most stagger damage of all Dauntless’ weapon types, and its secondary fire ranged attack is one of the best in the game for landing Interrupts easily on Behemoths like the Shrike or Embermane. If you’re playing with a regular team, we’d recommend having at least one Hammer brought on every single hunt to maximise your damage output. Be warned that you’ll need careful stamina management to master the Hammer.

Not a hammer fan? You can also use the Axe to deal stagger damage without losing part damage. Expect the stagger rate to be significantly reduced unless you spec the mods and cells specifically for this. If you’re after interrupts, the Chain Blades are the best alternative, at the cost of no stagger damage. The long-range swing of the secondary attack is a brilliant way to land interrupts on a range of Behemoths.

When it comes to raw damage output, nothing beats the mighty Axe. This slow weapon deals a mix of stagger and part damage, which makes it versatile, if fairly cumbersome. The skill of using the Axe well is all about positioning and managing your stamina for charged up strikes. When combined with a Hammer, the endless strike combo is a great way to deal massive damage to a staggered enemy.

Of all Dauntless’ weapons, the Sword is easily the best all-rounder and serves as a fantastic weapon for both newbies and experienced Slayers. If you’re heading out on hunts alone, the Sword is one of the best weapons around, finding a perfect balance of damage and maneuverability. As a slashing weapon, it’s fantastic as slicing off Behemoth parts, so you won’t have any trouble harvesting the resources you need even if you’re taking on hunts alone. When playing solo you’ll also be taking the full attention of your prey, which means dodging often. The Chain Blades make a nice alternative here, but we prefer the Sword’s damage output.

Everyone should be dealing damage in Dauntless, but if you’re looking to be the ultimate team player on your Slayer squad, you should look into upgrading the War Pike and Repeaters. The War Pike doesn’t deal enormous damage on its own, but by wounding parts of the Behemoth you can open them up to extra part and stagger damage for your teammates. Just make sure you call out whenever a part has been wounded so that they know where to attack.

The Repeaters are Dauntless’ only ranged weapon, letting you keep an eye on and direct the battle from afar, landing shots, reviving allies and throwing in grenades when needed. You can also spec the Repeaters to include a deployable buff that teammates can pick up to increase their attack rate, damage or other factors. These can seriously help the damage dealers on your team, so make sure you let them know when it’s ready for collection.

What you and your friends run with in Dauntless is going largely going to come down to a matter of preference, and until the later levels, it really won’t matter all that much. That said, you can certainly improve your Behemoth slaying and part harvesting rates by entering each hunt with an effective combo. Here’s what we recommend:

Keep your War Pike and Hammer slayers in communication and you’ll be able to stagger most Behemoths in no time at all, letting your part cutters get to work. Inflict wounds on the parts you want removed to  If you want to focus on pure damage and part slicing, take the Axe over the Repeaters and have the War Pike work in tandem with them.

Bear in mind that different Behemoths will need you to adapt your approach, and will sometimes make certain weapons less effective. If you’re struggling, try changing your team lineup for a weapon more-suited for your current task.

There’s no one best weapon type in Dauntless - each has its own use in the right team. If you're just starting things off, our friends at Shacknews have some suggestions for the best starter weapon. Hopefully now you have a good idea of where each weapon excels and can start planning which you want to make use of. While you’re here, feel free to browse our many other Dauntless guides, including how to get Orbs, all elemental weaknesses, and some comprehensive beginners tips and tricks!