Where to find Deathmarks in Dauntless and what they do

Dauntless' Deathmarks are this season's Hunt Pass gatherable, here's where to find them in Ramsgate. 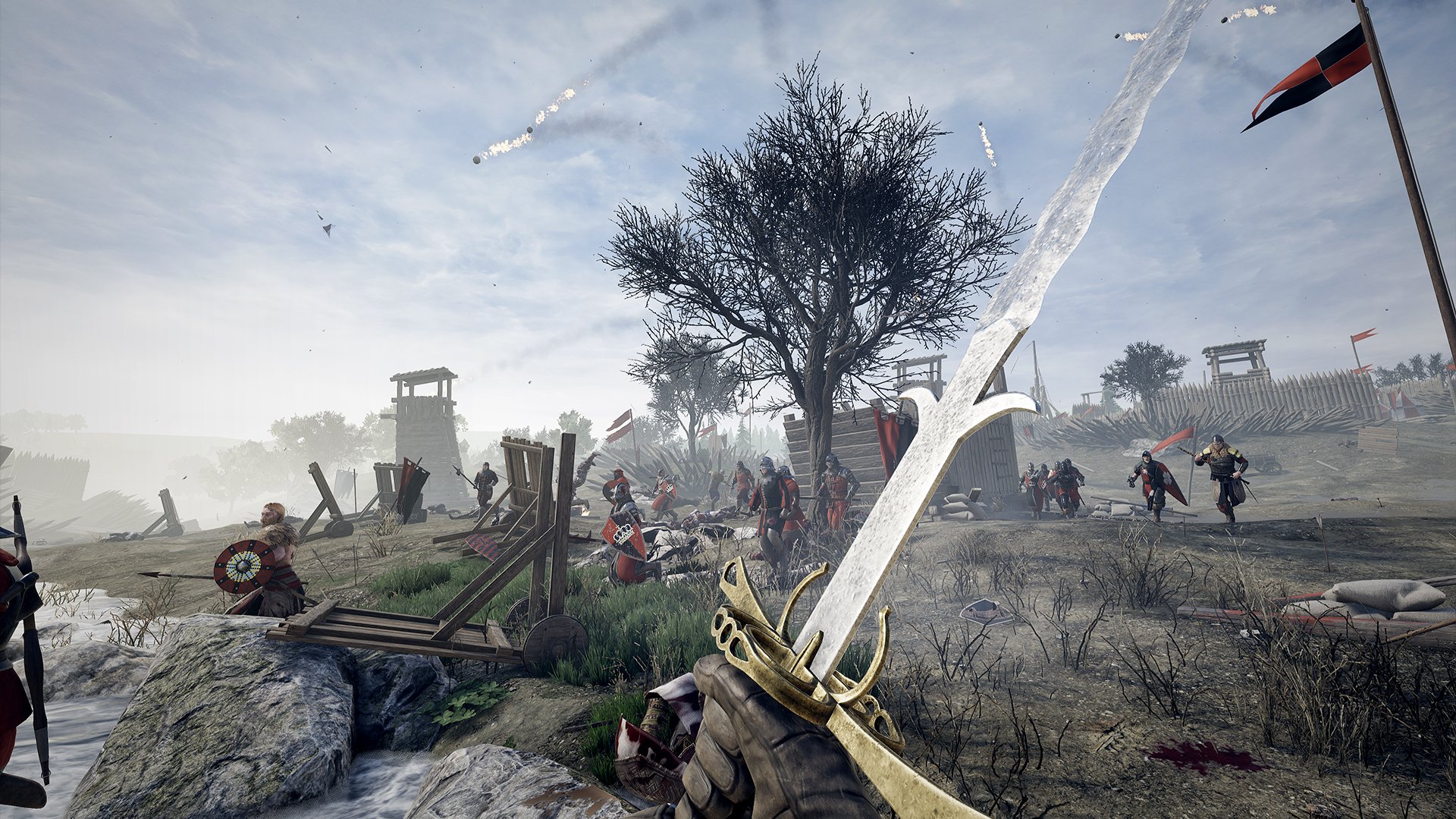 How to Pommel Throw in Mordhau

Nioh 2 closed alpha invites give us a hot new trailer

Don't worry if you didn't get an invite to Nioh 2's closed alpha, here's a trailer to soothe your pain.

In Mordhau, there’s a long list of fighting techniques to discover and master, including the Pommel Throw. Unlike throwing items or your entire weapon at an enemy, the Pommel Throw involves throwing a piece of your weapon (the pommel). While this won’t deal a whole lot of damage, it serves a different purpose in that if you manage to kill an enemy with a Pommel Throw, you’ll earn the secret achievement “End Him Rightly.” Wondering what weapon to use and the keys needed to perform the move? Read on to learn how to Pommel Throw in Mordhau!

How to Pommel Throw in Mordhau

The Pommel Throw move is an attack option available for certain weapons in Mordhau, like the Longsword. To perform a Pommel Throw, you’ll need to tap “X” and then 2. In doing so, you’ll initiate an animation where your character unscrews their pommel and uses it like a projectile. If the projectile successfully lands, it deals a small amount of damage.

Furthermore, if you’re able to perform this action correctly and kill an enemy with your Pommel Throw, you’ll unlock a secret achievement called “End Him Rightly.” Keep in mind that not all weapons are compatible with the Pommel Throw mechanic. The best weapon to use for this technique, in our opinion, is the Longsword.

Of course, you’ll know your weapon is compatible with the Pommel Throw if pressing “X” and tapping 2 causes you to perform the action. Once the action has been performed, you’ll need to wait until you die and respawn to perform it again. You also won't be able to hold and control the throw, as it's timed and connected to the original Pommel Throw animation.

Once you earn the End Him Rightly achievement, there are other ways to weaponize the Pommel Throw. For example, you can incorporate battlefield hazards as seen in this hilarious YouTube clip from Richard CQC. Not only does he perform a Pommel Throw, he flings it at an overhang full of icicles, sending the icicles plummeting down and killing an enemy.

Now that you know how to Pommel Throw in Mordhau and unlock the secret achievement End Him Rightly, be sure to check out some of our other guides including how to equip the Frying Pan in Mordhau, how to build Ballista in Mordhau, and how to use the Lute in Mordhau.