How to save in Resident Evil HD Remaster

Don't lose your progress, learn to save in Resident Evil HD Remaster so you don't suffer at the hands of those pesky zombies! 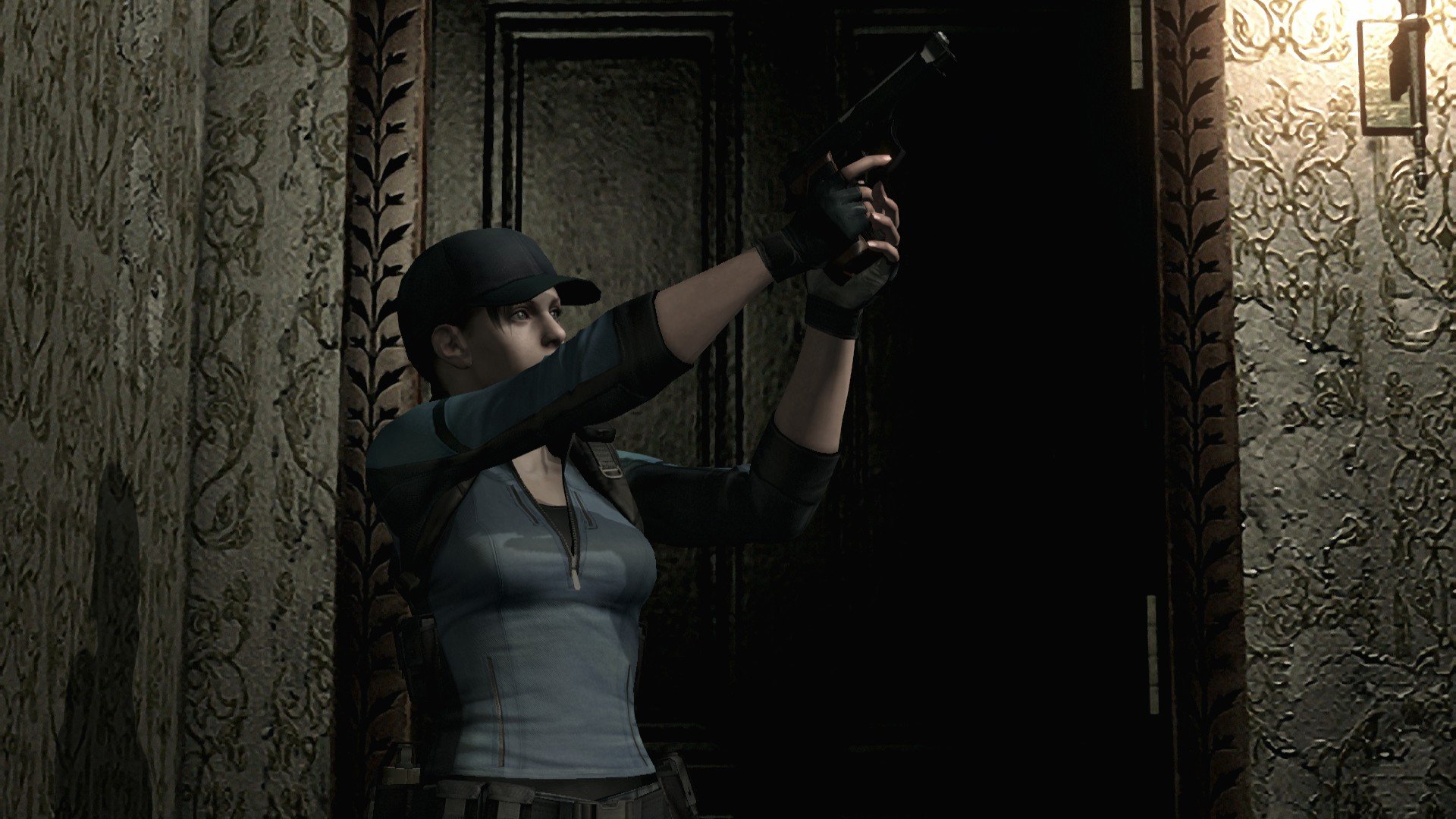 How to headshot in Resident Evil HD Remaster

How to drop items in Resident Evil HD Remaster

One of the trickiest enemies in Resident Evil HD Remaster is the camera. The fixed camera angles not only increase the horror aspect of this old-school title, they also make it challenging to control your character, especially when it comes to aiming. If you want to take zombies down for good, you’re going to need to learn how to headshot in Resident Evil HD Remaster.

How to headshot in Resident Evil HD Remaster

Aiming in Resident Evil HD Remaster is a little tricky. While holding down the trigger to aim, you won’t be able to move at all, but you can turn on the spot and aim up or down with the analogue stick. Aiming up is essential for hitting some enemies that hang around on the ceiling, but it can also be used to shoot zombies in the head if they’re close enough.

If you aim up with the handgun it’ll look like Chris or Jill is shooting far too high to hit anything in front of them, but Resident Evil HD Remaster’s aiming is a little odd. Even if it looks like you’ll miss, aiming upwards will hit a target so long as they’re fairly close to you. It’s worth practising a few times on a zombie close to a save point before reloading, just to give yourself an idea of the range you need. Pistols don't deal any extra damage to the head, so you're better off shooting the body from afar or avoiding them entirely where possible.

You can also headshot by aiming down at zombies that are walking up stairs towards you. The best weapon to land headshots with is the shotgun, as it has a good chance of decapitating the zombie which will take them out for good.

Occasionally, you may have been shooting a zombie only for its head to explode, killing it instantly. This is what’s known as a critical hit, and not only will it save you some ammo by taking down the zombie immediately, it’ll also stop it from reviving later as a Crimson Head. Critical hits are superb for securing a room in the mansion without the use of fuel and a lighter, meaning you won’t have to worry about taking that path through the mansion.

The bad news? At least with the handgun, they’re almost entirely down to luck. Players estimate the chance of a critical hit from the handgun at around 5%, which makes it extremely risky to try landing headshots. It has been reported that Chris has a better chance of landing critical hits, but this rumor hasn’t been confirmed as far as we know.

The shotgun, however, is one of the most reliable weapons for scoring critical hit headshots on zombies. To use it correctly, aim upwards and wait for the zombie to approach extremely close before firing. Used this way, the shotgun will almost always critical hit, destroying the head of the zombie you shot. The Magnum is also capable of easily landing critical hits on zombies. Bear in mind that ammo for both these weapons is scarce, so you might want to save it for tougher foes.

Now that you know how to headshot in Resident Evil HD Remaster, make sure you grab the shotgun to improve your chances.