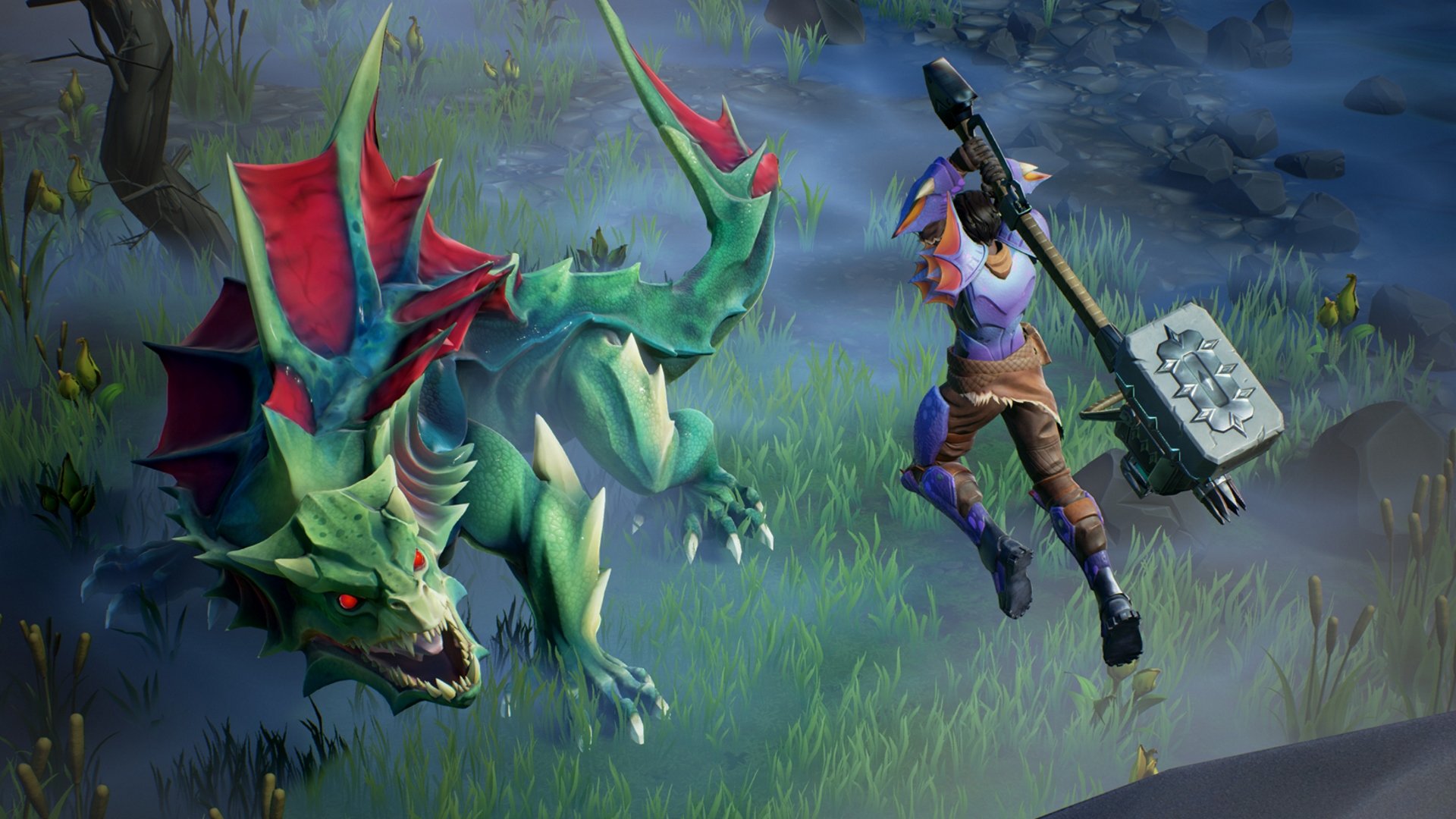 Interrupting Behemoths in Dauntless will give you time to get in a few more punches below the belt.

Taking down the mighty Behemoths in Dauntless can be a challenging task, even with a full team of hunters. These lumbering beasts can dish out a lot of damage with a range of attacks that vary between creatures. To take them down smoothly, it’s important to learn how to stagger in Dauntless.

Dealing enough stagger damage will cause your target to crumple to the floor, giving you and your team a chance to freely whale on it with your weapons for a while. This is a great opportunity to damage the specific parts of a Behemoth that you’re trying to break, so it’s well worth learning how to stagger.

Stagger damage is easily visible thanks to its blue color, which means it should be very clear when you’re dealing it to a Behemoth. All slashing type weapons can deal stagger damage with the right modifications. The Axe will deal some stagger damage by default, but by far the best tool for the job is a blunt instrument like the mighty hammer.

Stagger damage can typically be applied to most Behemoths by striking their legs and head. By dealing Stagger damage you’ll fill the Behemoth’s invisible Stagger meter until it eventually falls over. Unless a monster is well protected, the head is often the best place to deal stagger damage. Hits to the head will deal full stagger damage, while hits to the legs will deal half stagger damage (unless you have the relevant mod equipped on your hammer). It won't always be obvious when you stagger a monster the first time, but once you get used to the animation for each, you'll know you can jump in for some free hits. Watch for the dizzy effect over a Behemoth's head to show it's close to being staggered.

The best chance to deal stagger damage and knock down your prey is during a charge attack, as you may land an interrupt during the hit, instantly knocking down. It’s a risky move to pull as you’ll need to stand in front of them as they make an attack, but if you’re able to land a hammer blow on a Behemoth’s head as they charge, you’ve got a good chance of staggering it or landing an interrupt while you’re at it. Timing this is far from easy with a hammer, so many players stick to slashing weapons instead.

Dauntless rewards a combination of abilities during hunts, so you shouldn’t run into fights with everyone wielding hammers. Teaming up with an ally using a war pike will let them strike the legs or head with pierce damage that will leave weak points on the Behemoth. After the hammer user staggers the Behemoth, they can focus on cracking armor while anyone with slashing weapons can attempt to sever body parts. Not every Behemoth can be staggered, mind, so when taking on a Stormclaw Behemoth you might be best leaving the hammer at home in favor of a more useful tool.

Now that you know how to Stagger in Dauntless, another key skill to master is the Interrupt. Much like staggering this will open up a lengthy period for you to attack each Behemoth safely. We’ve got plenty more Dauntless tips and tricks available here on AllGamers, so feel free to have a browse!