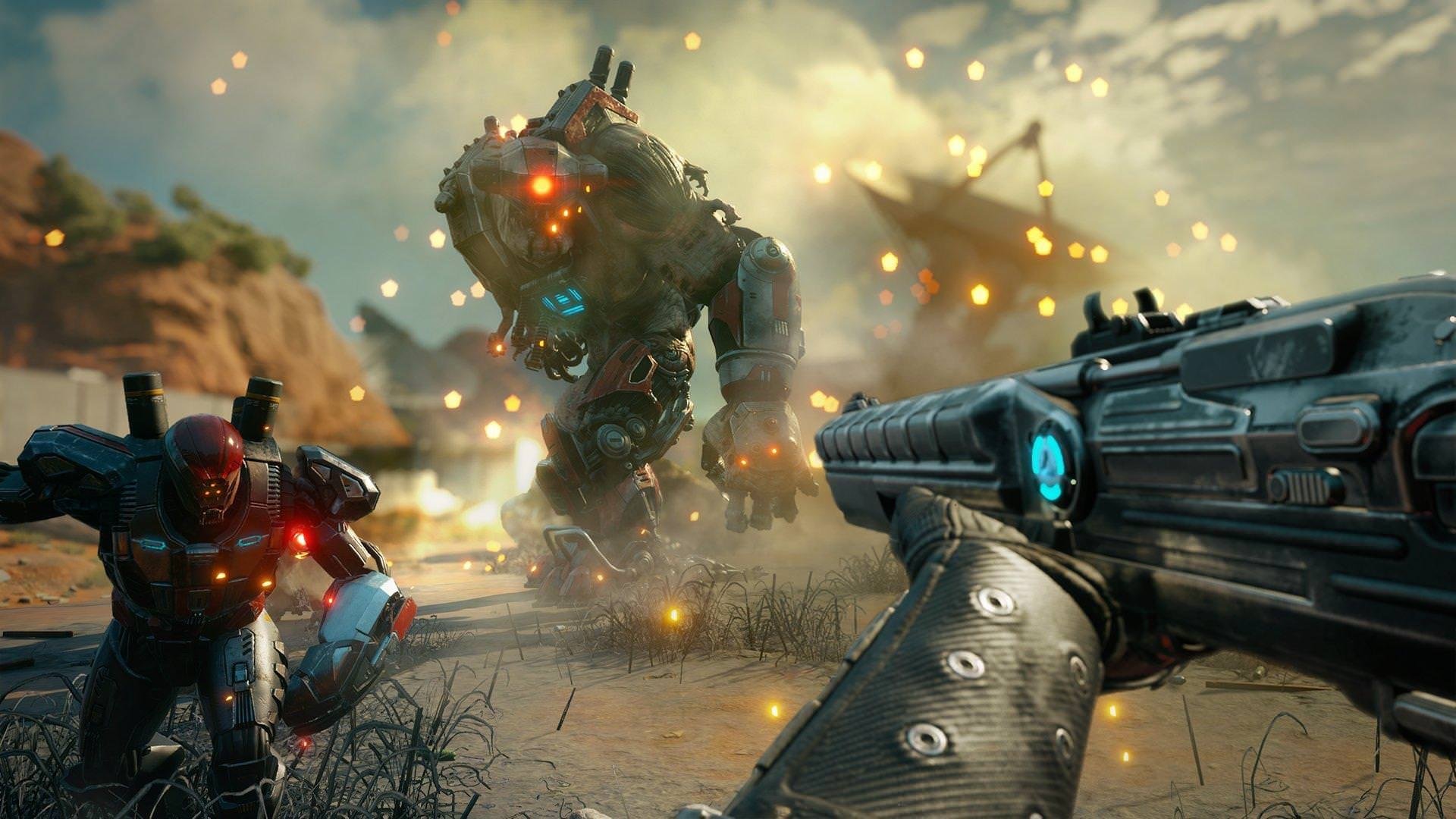 Beef up your arsenal of weapons by learning how to find and unlock them all in Rage 2.

There are a heck of a lot of fun weapons to play with in Rage 2, but if you’re looking for raw power, you can’t go wrong with the Hyper Cannon. This powerful weapon fires a beam of energy that deals massive damage to enemies. You can even charge it up with the alternate fire mode to fire piercing shots. Enough gushing over it, let’s get stuck in with a guide for the Hyper Cannon location in Rage 2.

As with many of Rage 2’s most powerful weapons and abilities, the Hyper Cannon is found inside an Ark. The bad news is that the Ark we’re after is likely the last one you’ll encounter in the game (check out our Ark locations guide to see where they’re all hidden). The Hyper Cannon location is the Greenhaven Ark, up in the north of The Wilds. It’s by far the hardest Ark in the game with an enemy rating of 10, so don’t expect to be able to just waltz in there and grab yourself the Hyper Cannon without much trouble.

The Greenhaven Ark vault might be an extremely tough challenge, but that doesn’t mean you have to leave it to the end of the game. It’s entirely possible to head up into The Wilds and fight for the Greenhaven Vault much earlier in the game if you’ve got the tools, ammunition and weapons. Take out the baddies surrounding the Ark and you’ll summon a Cyber Crusher boss which deals an awful, awful lot of damage. Your goal is to shoot the large tub on its back, as that’s where it’ll take proper damage. If you’re able to take down the Cyber Crusher, you’re free to enter the Greenhaven Ark and claim the Hyper Cannon as your own.

As we stated at the beginning of the guide, the Hyper Cannon has the unique ability to pierce enemies when using its charging alternate mode. Whip it out at the start of a fight to take down several enemies at once, provided you can line them up. Thanks to our friends at Shacknews for use of their map image.

Now that you know where to find the Hyper Cannon location, we have plenty more Rage 2 guides for you! As well as our guide to all Ark locations, over here you can learn how to find the Elon Tusk secret bunker