The location of the Secret Bunker and Elon Tusk Easter Egg in Rage 2. 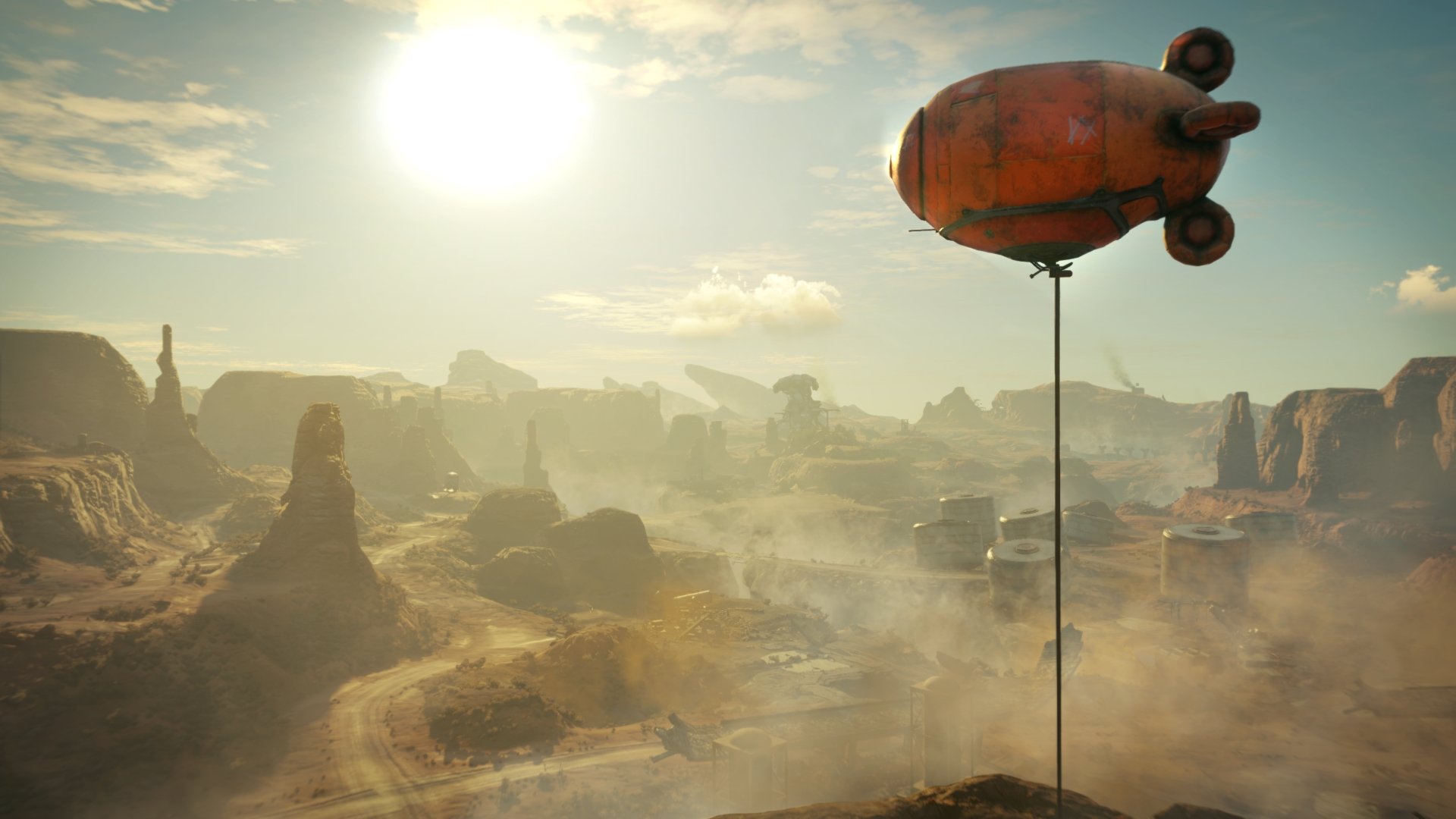 How to repair vehicles in Rage 2

Keep all of your vehicles in tip-top shape by learning how to repair them in Rage 2.

The most fun you’ll have in Rage 2 is taking part in as much of the blisteringly-paced combat as possible. Fancy weapons and suit powers are extremely entertaining, and will often give you the tools needed to succeed in the wasteland. Unlocking new weapons and powers means hunting down the many Arks that scatter the landscape, opening them up to uncover their treats. To help you make the most of your time, we’ve put together a guide of all Ark locations in Rage 2 that’ll have you tooled up and ready to kick ass in as little time as possible.

We’ve found a total of 13 Arks spread throughout the wasteland, and each is worth visiting to collect the fancy weapon or power contained within. You’ll find several of them during the game’s story, but you can also head out into the wilds to find them yourself, either through pure exploration or by following clues. Or, of course, you could just follow this guide instead. The choice is up to you, really, but let’s be honest here, this guide’s going to be easiest, isn’t it?

Arks are opened using your Focus power (hold L1 on PS4, LB on Xbox) once enemies nearby have been killed. We’ve detailed the location of each Ark below along with information on how to access it and how tough you should expect the fight to be. We've highlighted the general area for each Ark on the map above, but below we'll go into further details on all the Ark locations in Rage 2!

You’ll likely have run into this Ark already as it’s the first you’ll visit in the game. As you enter you’ll be introduced by a hologram to the concept of Arks and be given the first Nanotrite ability.

This Ark is found up in the northeast corner of Vineland, among the hills. You won’t be able to gain access until you kill the enemies around it.

Travelling further north, you’ll find this Ark on the route to Gunbarrel. It's in the central region of Twisting Canyons, northeast of the crossroads the meet in the center of the region.

The Great Crack Ark is found in the wasteland south of Gunbarrel, just north of the central part of the border. Once again it’s surrounded by enemies you need to take out.

Up in the north of the Torn Plains you’ll find two Arks, the first of which is the Earthscar Ark which lies a short distance below the border for the region, in a canyon between two mountainy bits. It’s north of Chazcar Derby.

The second Ark in this area is only a short distance southeast of the Earthscar Ark, this time directly north of Chazcar Derby. Beat the enemies around it and open up that Ark for your reward!

Spikewind Ark can be found in the West segment of Broken Tract, in the sandy area where the region starts to curve downward and has a triangle point northwest. As always, take out the foes here to gain access to the Ark..

The Canyon Cove Ark lies close to the line between Broken Tract and Twisting Canyons, in the southeast area of the map. It’s north of the border, close to the section where the line dips south on the map.

You’ll need to venture into the Dune Sea for the this Ark. You can find it on the very eastern edge of the desert, in the curve of the mountains here.

Starting from the Shrouded Vault Ark, travel north-northwest into Sekreto Wetlands. The Dealypipe Ark is a short trip south from Lagoony.

The dankest Ark available in Rage 2, you should travel north in the Sekreto Wetlands to find this one. Head directly north from Lagoony and you’ll be likely to find it. Be prepared for a fight, as this Ark is pretty well defended.

The penultimate Ark in Rage 2 is tucked way up in The Wilds, in the north of the map. The Ark is in the southwest section of the region and presents a pretty tough challenge to take.

The last Ark is also located in The Wilds, this time right up in the far north. At the very center top of the region (and map), the Greenhaven Ark is an extremely tough challenge to take on. Collect all the weapons and vehicles you can before making your way to this one. Heck, why not take the BFG 9000 if you’ve got it.

Thanks to our friends at Shacknews for lending map images while we capture our own.

Now that you know every Ark location in Rage 2, there’s nothing left to do but head out and find them! Jumping around a lot means it’s worth learning how fast travel works to save some time. While you’re at it, take a look at the rest of our Rage 2 content for more helpful tips and tricks!