The armored boss of A Plague Tale: Innocence Chapter 2 can be beaten with a few well-placed shots from your sling. 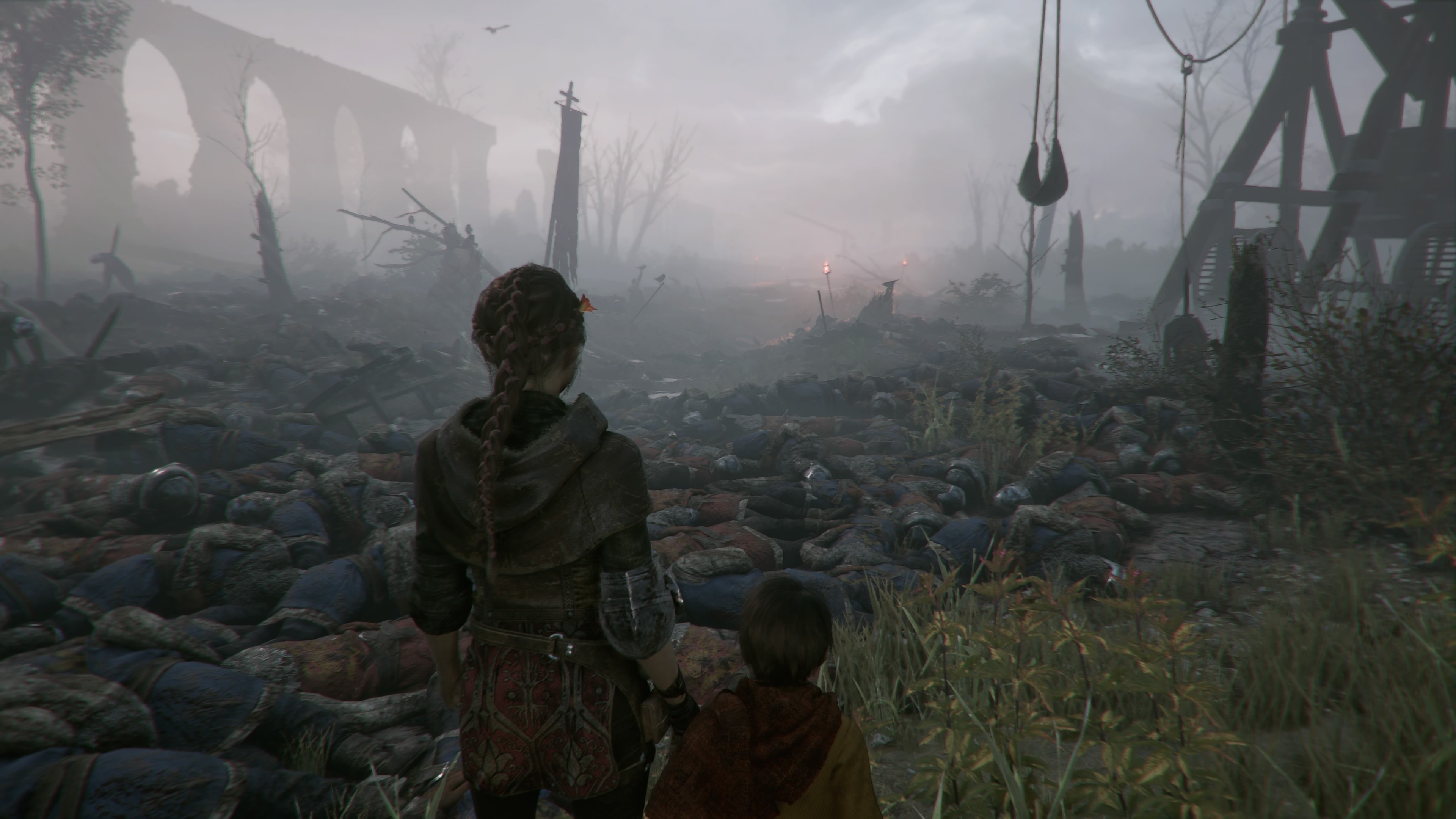 Roderic is a fine companion, so learn how to complete his arc and get The Blacksmith Trophy or Achievement in A Plague Tale: Innocence.

The main story of A Plague Tale: Innocence will likely take most players between 10-12 hours with a little bit of exploration, crafting and collectible hunting. A Plague Tale is a linear game largely focused on sneaking past enemies and solving puzzles to progress through environments. To that end, players who struggle with the stealthy style may see that time rise notably. Likewise, puzzles can be subjective in difficulty so some players may find themselves stumped for a bit, though we rarely found the tasks presented all too challenging.

If you’re looking to finish up a completionist run, you could easily see that count rise to 15-20 hours, depending on whether or not you’re following a guide. A Plague Tale: Innocence’s collectibles include gifts, flowers and curiosities that are enjoyable to hunt down, and while many aren’t far from the main path, some of them will require a bit of clever exploration to find. If you’re wanting to hasten their collection, read our guides to all Gift locations and all Hugo’s Herbarium locations in A Plague Tale: Innocence.

Those adroit at slingshotting and stealth who have little interest in picking up collectibles will definitely be able to cut their completion time down significantly. Much of A Plague Tale’s excellence is in its characters and gorgeous environments, but if you’re planning to race through the game then we could easily see it finished in 8 hours or less.

Want to make your own assessment of A Plague Tale: Innocence’s length? We’ve laid out every Chapter in the game below so you can see what to expect. The length of each Chapter can vary greatly, ranging from 15 minutes to an hour or more. Chapter names don’t give too much away, but those wanting to avoid any spoilers should stop reading here.

All Chapters in A Plague Tale: Innocence

That’s the full story on how long it takes to beat A Plague Tale: Innocence, so have you made up your mind on whether or not you want to give it a go? If so, be sure to take a look at the other guides and content we’ve made to help you along Amicia and Hugo’s journey! We’ll update this article when more players have been able to experience the story and submit their times to howlongtobeat.com