Learn to find all 11 Gift locations in A Plague Tale: Innocence to help bring cheer to your motley crew. 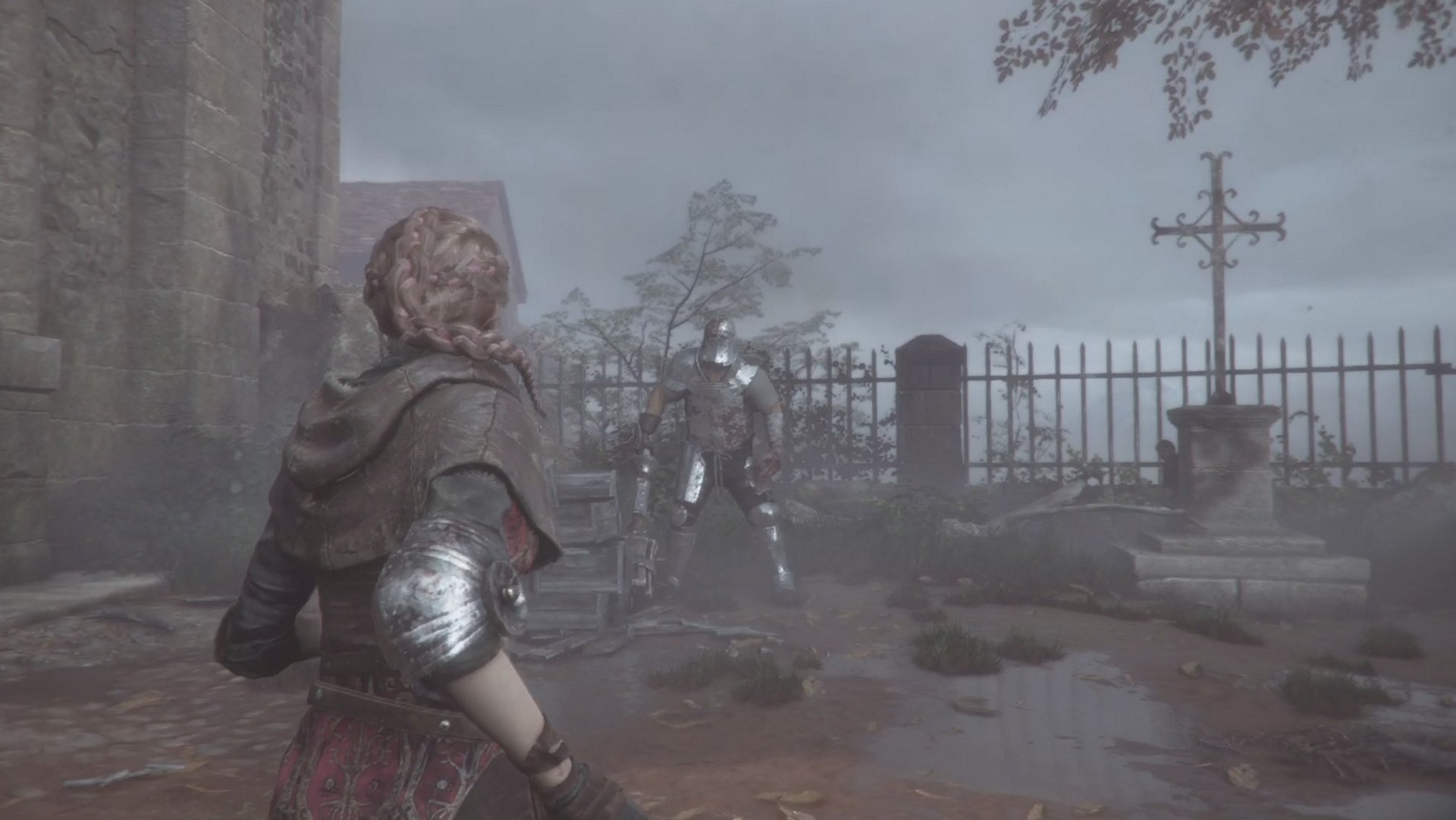 Wondering how many hours it takes to beat A Plague Tale: Innocence? We can help!

By and large, A Plague Tale: Innocence is a game about hiding, running away and generally being an all-round sneaky lady. However, at a few key times you’ll be given no option but to fight back. The first of these is one of the game’s few boss fights, which takes place at the end of Chapter 2.

After fleeing through a village from the angry crowd and chasing down Hugo, you’ll find yourself face to face with the heavily-armored leader of the mob. There’s no option to run here, and Amicia will have to kill him to progress. Unfortunately, your sling appears to be little use against his solid armor. If you’re having trouble taking down this burly foe, this guide will teach you how to beat the armored boss in A Plague Tale: Innocence.

To progress further in A Plague Tale Innocence, you’re going to need to kill the mob leader. Thanks to his heavy armor, you won’t be able to deal any damage front-on as your slingshot stones will just bounce off him. Should he reach you, a single hit is enough to take Amicia down.

The fight might seem impossible at first, but with some smarts you can take him down. The key to success here is in snapping the straps on his back that hold his armor in place. To get a clean shot, you need him to take a few swings with his massive weapon, tiring him out. To that end, you need to be close enough for him to start swinging, but then dodge backwards (the O button on PS4) out of range and run away until he tires. After a few swings he’ll need to catch his breath or pull the weapon from the ground. This is your chance to run behind him and fire a shot at one of the shoulder straps, causing that part of the armor to fall off.

You can’t hurt him after a single hit, instead you need to snap both shoulder straps as well as the front and back helmet straps on his chest and upper back to expose his head. Each time you take off a piece of armor, the boss will become more aggressive. You need to keep further away, and dodge for longer as he’ll begin extending his sequence of swings. Wait until he kneels down to pull his weapon from the ground or pauses for breath before you risk taking a shot. If you miss your chance, run away until he tires again.

After you take off his shoulder pads he’ll become far more mobile, chasing you closely and swinging often. You’ll need to keep running to stay out of range until he tires. Eventually you’ll snap all the pieces of his armor, revealing the boss’ head. You no longer need to run now, as a single slingshot to the face is enough to kill him and end the Chapter. Amicia and Hugo won’t take this well, but you never really had a choice.