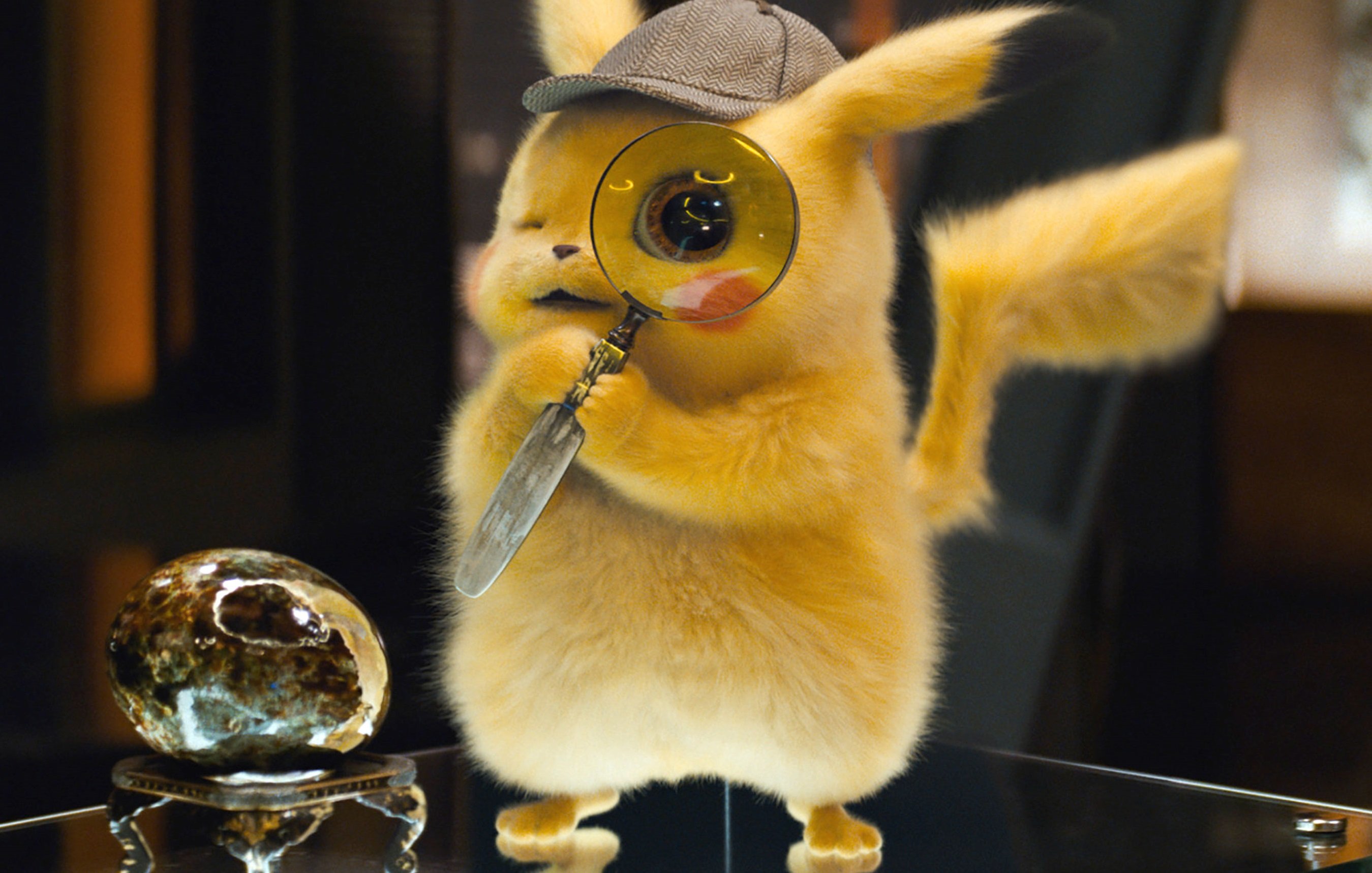 It felt weird walking in to see Detective Pikachu by myself as a 26-year-old adult. The last time I saw a Pokemon film in theaters was back in 2000. Receiving a free promo pack of cards with my ticket immediately brought back waves of nostalgia. I still have my Ancient Mew, along with my original binder full of Pokemon trading cards.

The answer, unsurprisingly, is no. Now is the perfect time for a live-action Pokemon film, especially one as phenomenal as Detective Pikachu.

Detective Pikachu wastes no time pulling viewers in with its heartfelt premise. A young adult by the name of Tim Goodman (played by Justice Smith) is a bit of a loner looking for a place to belong in a world of Pokemon. Tim fully embodies the feeling of being thrust into adulthood, attempting to juggle the remnants of childhood.

Tim wanted to be a Pokemon trainer, now he works in insurance. Tim also rejects the idea of having his own personal Pokemon. For Tim, the idea serves no real purpose. However, after hearing that his father has been involved in a terrible accident, he travels to Ryme City. On the train, he’s introduced to Ryme City as a place where humans and Pokemon live and work together in harmony.

There are no trainer battles, no “wild” Pokemon to catch. Instead, everyone has a Pokemon “partner” and this naturally makes Tim feel like an outsider at first. This also makes for some fantastic comedy setups once Detective Pikachu (voiced by Ryan Reynolds) scampers in. Detective Pikachu can talk, and Tim is the only one who understands him. The two form a fast bond, and share a common objective in unraveling the mystery of Tim’s father.

I will say that it's hard to unhear Ryan Reynold's voice as Pikachu. It's very fitting, but also a bit strange. You can tell Reynolds tried to tone down some of that Deadpool snark from his voice, though it seeps through every now and then. What helps are the slower moments where Detective Pikachu comforts and reassures Tim.

In these moments, Detective Pikachu feels like a real character, rather than just Ryan Reynolds crammed into Pikachu's body. That said, Reynolds did train quite extensively for the role to the ire of wife Blake Lively.

Not Just For Kids

One thing I noticed with the promotional trailers for Detective Pikachu is that the film’s marketing appeared to be directed towards an older crowd. I’ve heard many reviews claim this film is primarily for children, but it’s here that I have to disagree. Sitting in a theater packed full of kids, I noticed many of the jokes seemed to go straight over their heads, though I heard the adults chuckle knowingly.

The humor often felt mature, though it never crosses the line into PG-13 territory. Well, except for that “smell my finger” joke, but it’s Ryan Reynolds as Pikachu we’re talking about here. Supposedly, there are enough outtakes to create a sort of alternate universe, rated R version of Detective Pikachu. I don’t know about you, but I’m all for the uncut version. Nintendo is probably less keen on that idea.

Jokes aside, the film’s plot also offered underlying themes of growing up, adulthood, and loss that seem to resonate better with an older crowd. Overall, it felt like the adults in the crowd got a lot more mileage out of Detective Pikachu. Plus, if there were any lingering doubt that Detective Pikachu was made with 90s kids in mind, I have to point out the end credits.

Opening the end credits is gameplay design from Pokemon on Game Boy, which then evolves and grows to reflect each subsequent iteration. The transformation of art as the credits roll helps remind viewers where Pokemon first began, and how it grew into the phenomenon it is today. Detective Pikachu wouldn’t be possible without the love and support of its fans, and the film clearly recognizes this.

Yes, you can take your kids. The film is cute, creative, quick, and harmless. Detective Pikachu is a fantastic introduction to Pokemon for children, newcomers, and the casually interested. Despite this, Detective Pikachu will resonate most with the adults who grew up with it as children.

I spent a good portion of the film admiring all of the different Pokemon on display in Detective Pikachu. Each one feels very real, especially Pikachu himself. The close-up shots of Pikachu’s face hammers home how far CGI technology has come over the years. I think seeing Pokemon as “real” versus cute, animated creatures also helps pique the interest of an older crowd.

If kids drag their parents to Detective Pikachu, the parents may find themselves curious to learn more about Pokemon when they return home. I know many people who weren’t Pokemon fans, or were only interested in the series casually, note that Detective Pikachu made them fall in love with Pokemon. Now, they want to buy the games, buy the trading cards, and learn more about the series.

Seeing Pokemon brought to life in a realistic setting was nothing short of a brilliant concept, and I can safely say it was executed perfectly in Detective Pikachu. The film sets the standard for future video games that will be hard to match. Video game films don’t have to be bad, all they need to do is respect their source material.

There’s a reason why these games have amassed such widespread popularity. It baffles me when studios make drastic changes in order to make something more marketable. Detective Pikachu shows that you really don’t have to do all that much to garner interest as long as you remain faithful to the elements gamers love.

I can honestly see more live-action Pokemon films released thanks to Detective Pikachu, and I’m all for it. I’d love to see other aspects of Pokemon explored, like Kanto, Johnto, battles, Team Rocket, etc. If you’re on the fence about Detective Pikachu, it’s well worth a watch, if only to see what it looks like when studios finally adapt a video game correctly.