Chivalry is alive and well in Mordhau from the collective masterminds at Triternion. 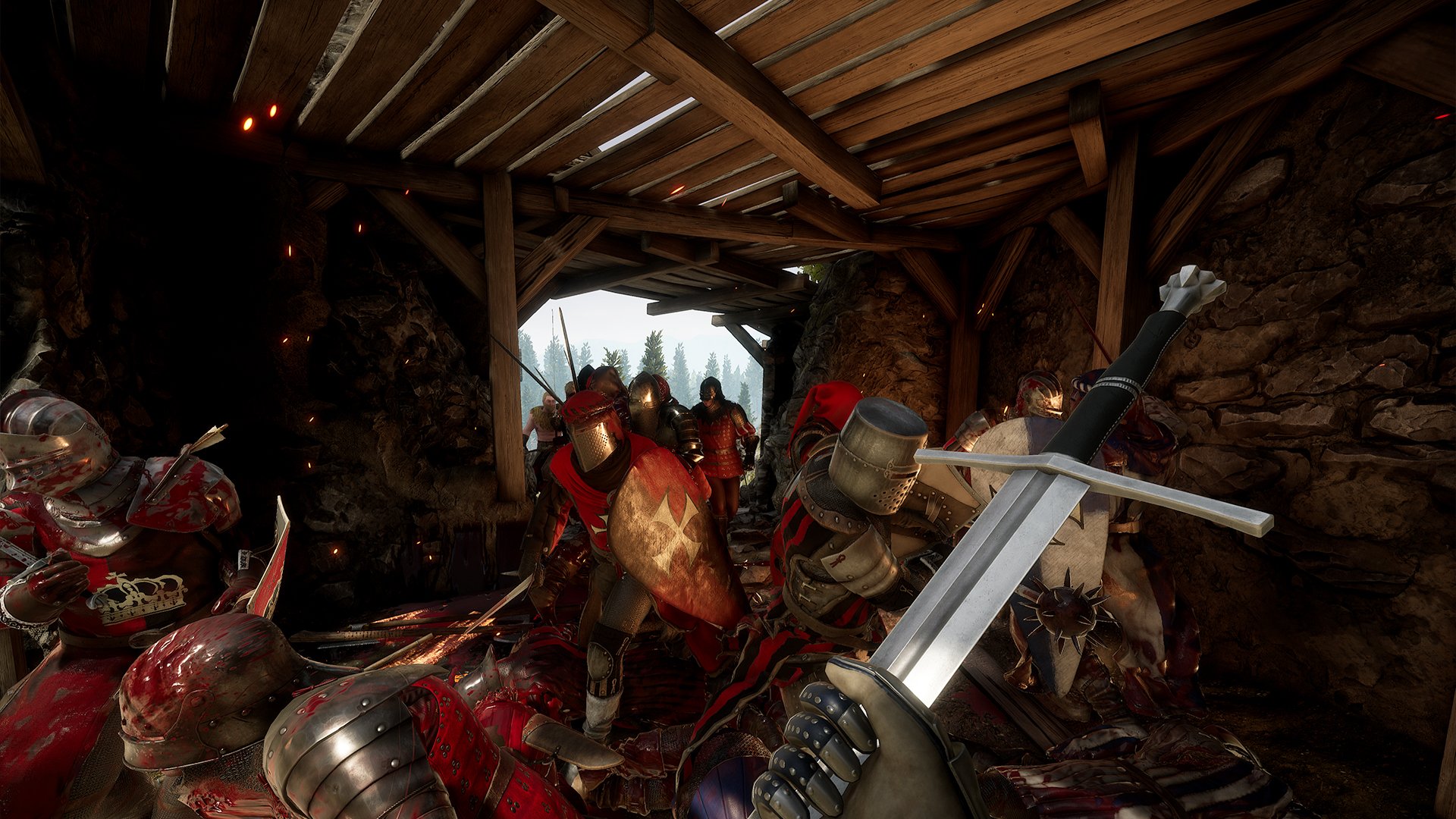 How to chamber in Mordhau

A new DLC expansion for Tetris 99 was recently announced, along with plans for a third Maximus Cup event.

Mordhau is full of combat tactics and techniques for players to master, including chambering. For many new players, the question of how to chamber will undoubtedly come up. Taught briefly during Mordhau’s tutorial, chambering can be quite difficult to master and use in battle. Once mastered, it can prove to be one of the best methods of defense available to you in Mordhau. Confused? We’ve got you covered.

Below, we’ll walk you through what chambering is and how to successfully chamber in Mordhau!

How to Chamber in Mordhau

In order to chamber in Mordhau, you’ll first need to understand what chambering is. To break it down, chambering is when you mirror your opponent’s attack strike before it has a chance to land. Essentially, chambering works like parrying in that it prevents damage, and gives you the opportunity to counter-attack. Note that chambering requires more stamina and precision than a block or parry.

The inherent value of chambering comes from how effective it is against feints, especially when it comes to using a counter-attack after a feint. To familiarize yourself with chambering, we recommend running through Mordhau’s tutorial if you haven’t done so already. While the introduction to chambering in the tutorial is brief, you’ll be able to get a “feel” for chambering before taking the technique into a real battle.

Alternatively, you can also practice moves in Horde mode against AI opponents. To answer the specific “how to chamber” question, think of the move like a parry. When you see your opponent angling up for an attack, you’ll need to mirror that attack angle and launch the attack yourself right at the last moment. You can’t chamber as your opponent is winding up, but instead as their weapon is coming towards you.

When done with the correct timing, you’ll chamber and sort of “slide” against your opponent’s weapon. For example, if an enemy is coming at you with an upper left strike, you’ll need to copy this move and deliver an upper right strike at the last second to chamber. You can chamber against any attack type whether it’s an overhead, a slash, or a stab.

For overhead and slash chambering mirror direction matters, whereas stabs don’t require a directional response. Because chambering depletes a lot of stamina, you’ll need to familiarize yourself with when to chamber, and when to stick with a parry or block. As with the timing of chambering, the proper usage can be hard to determine at first.

If you’re fighting against an opponent in a close-quarters situation where it’s hard to see their strikes, a parry or block may be more effective. Again, you need to recognize their attack in order to mirror it properly and chamber. Of course, if you’re fighting someone who relies on feints and timing switches, chambering may open up the opportunity to get in some counter-attack damage and disrupt their combat style.

To recap, chambering is done when you launch the same strike, mirrored, against your opponent before their attack has the chance to land. Chambering works like a parry or block, though it’s particularly useful for disrupting an enemy’s timing, especially if they rely on feints. Chambering takes a lot of stamina, so it’s best to use the chamber technique sparingly when in battle.

To practice chambering, we recommend running through Mordhau’s tutorial, or trying it out in Horde mode against AI. For a visual guide on how to chamber in Mordhau be sure to watch the tutorial below courtesy of YouTube user Paga Wiggy.

Now that you know what chambering is and how to chamber in Mordhau, be sure to check out some of our other features including how to throw weapons and items in Mordhau, how to use the Lute in Mordhau, and our picks for the best weapons to use in Mordhau.