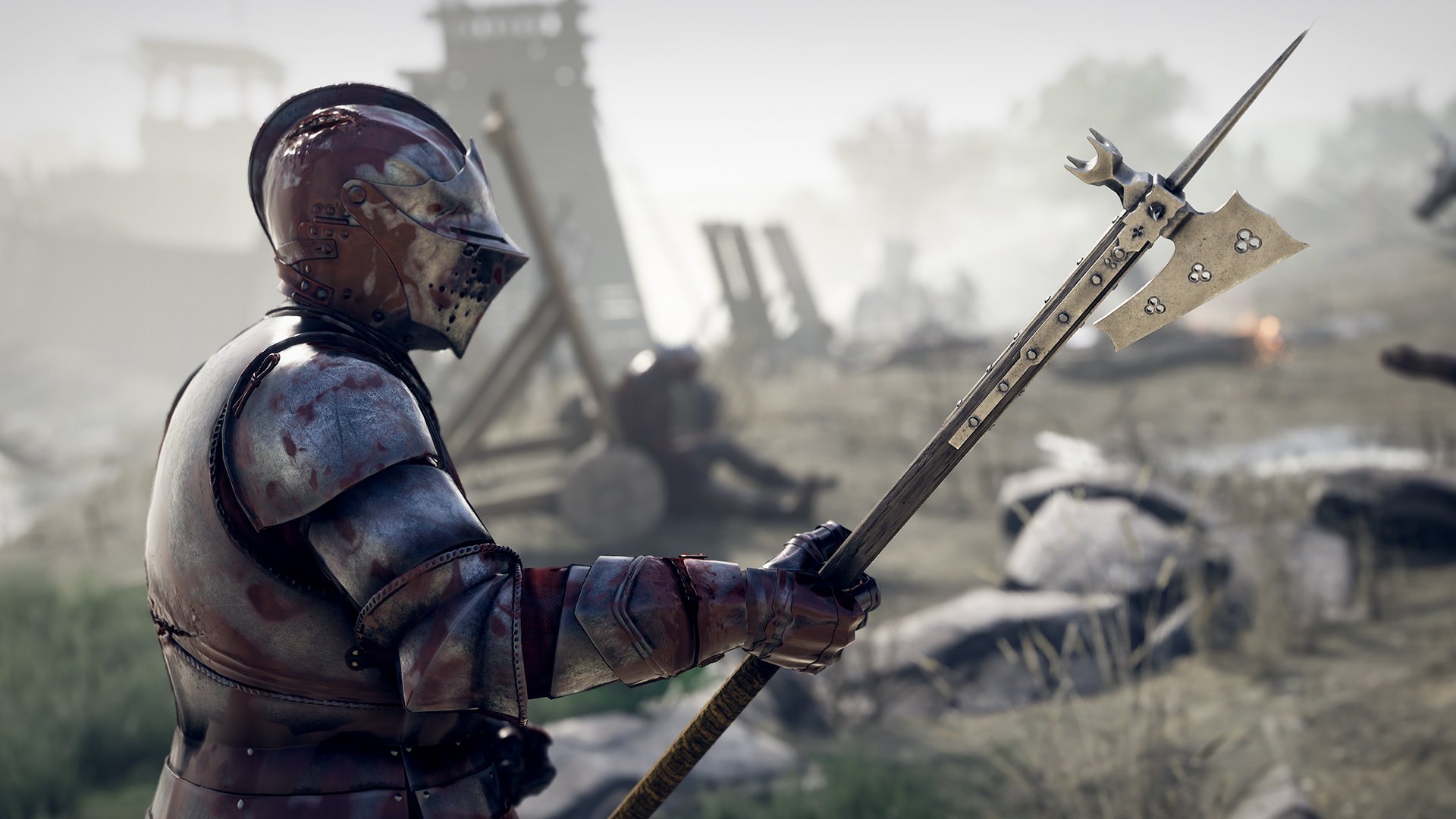 One of the first Steam games I ever played was Chivalry: Medieval Warfare. With almost 500 hours logged into the game and dozens of friends made, I was admittedly sad when Torn Banner began to shift away from Chivalry toward other projects, like Mirage.

Fortunately, the Chivalry modding community is a force to be reckoned with. In fact, it’s from this modding community that developer Triternion formed, and through their collective interest in Chivalry and quality gaming as a whole, we now have Mordhau to plunge our swords into.

A Whole Lot of Medieval Warfare

The first thing you’ll notice when you boot up Mordhau is the wealth of game modes to choose from. By clicking “Fight” at the top of your screen, you’re able to matchmake into one of three primary modes: Frontline, Battle Royale, and Horde. While many will find their curiosity piqued over the inclusion of a “Battle Royale” mode, it’s the more traditional modes that really sell the game.

If you’ve ever played Chivalry, you’ll likely recognize some of the objectives in Frontline, such as capturing enemy points. You’ll also recognize the layout of the Server Browser, which serves as another Chivalry throwback of sorts. Even the Duel servers make a return, as do clan names and the occasional badmouthing in the chat.

Overall, there’s a nice freedom to Mordhau’s game mode options that will certainly keep you busy. Every mode in Mordhau offers hundreds of hours of potential for you to explore and master the unique strategy required whether it’s killing enemies in Team Deathmatch, being the last player standing in Battle Royale, or surviving waves of AI in Horde.

It’s not just game modes, there’s a whole subsection of unlockable weapons and cosmetics to keep you coming back. Every match you play in Mordhau – regardless of which mode you choose – awards Gold and XP progression. Using Gold, you can buy new weapons and outfit items for your mercenary.

Rather than selecting your weapons fresh at the beginning of each match, your weapons loadout is saved to your custom mercenary, with the ability to create several different mercenaries of varying types. Yes, you can even make a “troll” character equipped with a Lute, Frying Pan, and Fire Bomb if you so choose.

You may die a lot, but at least you’ll go down singing and screaming. Speaking of screaming, the voice commands from Chivalry are also present in Mordhau. You can let out a battlecry, or just spam insults at your opponents as you strum your Lute and teabag the ground. Again, the choice is entirely up to you.

The one critique I have is that it can be confusing to create a solid build for newcomers, or those used to the preset classes of Chivalry (Knight, Vanguard, Archer, Man-at-Arms). That said, after fiddling around in the Armory section, you’ll quickly master the steps needed to make a proper build. There are also guides cropping up within the community to lend you a hand in this area as well.

One of the things I loved best about Chivalry, and I also find in plentiful supply in Mordhau, is community. Many of the players you encounter know one another, and have cultivated a sort of relationship from having played against one another in the past. For example, the top players are always looking to duel and hone their skills for sport.

The sort of meanness and nastiness found in other multiplayer games is refreshingly absent from Mordhau. Sure, you’ll get some unsavory characters in the chat, but you’ll also get players weighing in with a vote kick to remove people if they become too rowdy. No one is kicked unless the vote kick passes, so there's always room for a second chance.

It's surprising how adept the Mordhau community is at policing themselves and each other. You can be a dick, just don’t cross the line. You can also be a troll, just don’t go around killing your teammates for the hell of it. If you're looking for tips, many Mordhau players are happy to answer questions for you, as are the developers themselves.

Like the community, the developers are dedicated to Mordhau and are extremely responsive when it comes to future plans and updates. It’s clear that they value community feedback, and actively seek to implement player suggestions in order to make Mordhau the best game it can possibly be. Even if there are aspects of Mordhau you dislike right now, it’s clear that players can expect great things from Mordhau in the future thanks all of the hard work put in by the developers.

It seems obvious to say that Mordhau is fun to play, but this aspect of "fun" is one of the main reasons why I recommend it so strongly. Whether you’re adding the Lutebot mod to play Yakety Sax as you charge into battle, or you’re throwing a rock at someone and running away screaming, Mordhau is a game you can’t help but smile and chuckle at.

Humor is a gameplay element that many developers overlook in favor of a more serious approach. Yet humor is also a great way to keep players coming back for more in order to blow off some steam and have a bit of fun. The main humor of Mordhau is that you’re free to be the best (or worst) mercenary possible.

It’s what made Chivalry so great, and it’s nice to see this humor preserved, polished, and improved in Mordhau. You can have a Frying Pan as your primary weapon and absolutely sweep the floor with your opponents. Or, if you’d rather be serious, there’s a complex combat system that takes time and patience to perfect.

I won’t lie, I’m still not the best at Chambering, but there’s a deep satisfaction whenever I’m able to Chamber successfully that makes the learning curve worth the effort. The game never feels too easy, or too difficult. Best of all, nothing feels forced... especially not the humor or the friendliness found within the community.

Play Mordhau, and you’ll see what I mean. All I ask is that you help me bring back "kill those archers!" to Mordhau.