It looks like The Reaper is making a comeback, and this time it's official with the Wick's Bounty event. 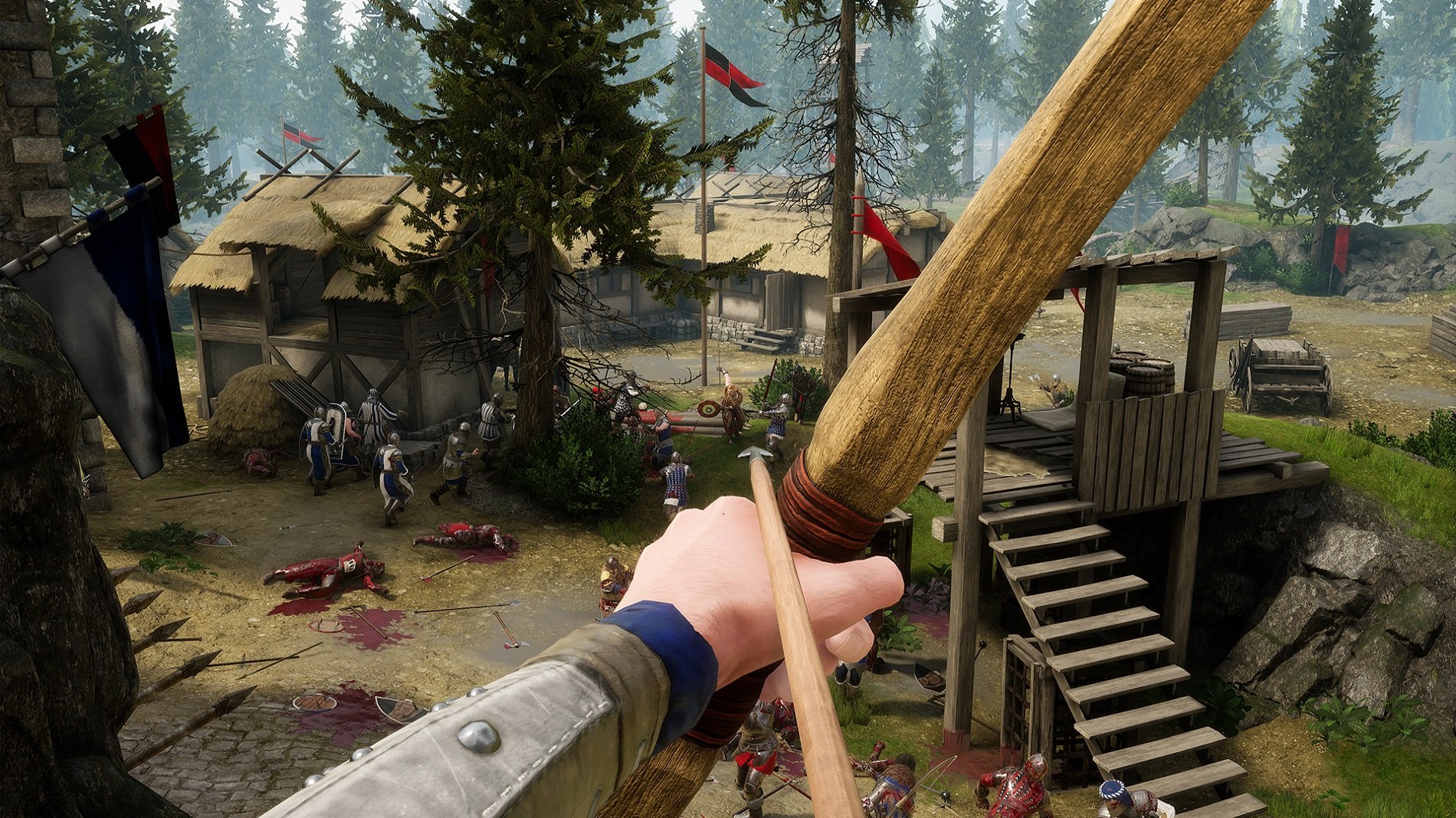 The steps needed to throw your weapons and items at other players in Mordhau.

In Mordhau, you have several different game modes to choose from, each with their own unique play style. If you’re looking for a “single-player experience” you can choose Horde and battle against AI opponents. Fan of Battle Royale? That’s available too! Open up the server list, and there are other modes available that players have created themselves.

Confused on what all of the game modes are and how they’re played? We’ve got you covered! Below, you’ll find a comprehensive list featuring all game modes in Mordhau!

All Game Modes in Mordhau

While many of these game modes are housed under traditional modes, like Frontline, there are other unique options in this tab such as Skirmish, Deathmatch, and custom modes specific to their individual server. For more on how all of these modes differ, we’ve broken down each one below.

Frontline is one of the three primary game modes in Mordhau. Described as a “64-player tug-of-war battle” the primary objective is to join one of the two available teams and work together with your teammates to overrun your opponent’s area. To do this, you’ll want to kill enemies, push for certain areas, and complete objectives. If you die, you have the ability to respawn a few seconds later. Frontline is great if you want to fully explore the mechanics in Mordhau from creating Ballista to hopping on a horse and riding it through battle.

Battle Royale is the second of three primary game modes in Mordhau. If you’ve played any other Battle Royale title, this mode should feel pretty familiar to you. When you spawn into the map, there will be some downtime as the server populates. During this time, you can practice your fisticuff skills. Then, when the full match loads, you and 64 other players will scavenge the map for weapons to use against your opponents.

Weapons can be found in chests which can be opened by pressing “E” to interact. As the match goes on, the play area will shrink. The main goal of Battle Royale in Mordhau is to be the last player alive, though you’ll still earn Gold for completing a match which can be used to unlock items for your mercenary.

Horde is the third of three primary game modes in Mordhau. Unlike the other two game modes mentioned, Horde is one of the only “single-player” modes available in Mordhau. Through Horde, you can take on waves of AI enemies, with each wave growing in difficulty. The goal is to survive as long as you can.

To aid you in combat, you’ll be able to earn and spend points in exchange for better armor and weapons. While Horde can be played solo as a “single-player” experience, you also have the option to invite friends for co-op play if you so desire. Overall, Horde is the best game mode for practice purposes. Want to test out a new sword? Want to try out new combat mechanics? Give Horde mode a try!

Skirmish is one of the available game modes in the Server Browser. To play this game mode, you can either join an existing server hosted by someone else, or create your own server to host this mode. Note that the “Rent Server” option is a little tricky to use at the moment. Skirmish works like Team Deathmatch where players fight in a mass battle to the death.

However, Skirmish differs thanks to the inclusion of permadeath, meaning you won’t be able to respawn until the round is over. The side with the last players standing at the end of each round wins, with Skirmish typically offering a “best of three” option to give everyone a fair chance at victory. In our opinion, Skirmish is one of the hardest modes in Mordhau because once you’re dead, you’re dead and are left spectating until the next round starts. This leaves little room for error.

For Team Deathmatch, this criteria is altered to the team with the most kills at the end of the match being crowned the winners. Both Deathmatch and Team Deathmatch are extremely fun in that the primary focus is killing enemy players, rather than having to complete an objective or follow a specific set of rules. To blow off some steam, we highly recommend either one of these game mode options in Mordhau!

Duels aren’t an “official” mode in Mordhau, though the developers have noted plans to offer it in the future. Instead, players have taken it upon themselves to create special Duel servers in the Server Browser tab. These servers will list under official ones, such as Deathmatch, but will be structured and run by the server creator to function as a Duel server.

This means that newcomers will need to be mindful of the server host’s rules, or face being kicked out of the server for misconduct. What’s nice about Duels is that you have the chance to show off your skill without having to worry about another player coming up and stabbing you from behind. You and the other player will face off against one another uninterrupted until one of you dies.

We’ve added a section for “Misc” because the presence of user-created modes like Duels makes it possible for other custom modes to be created. Even if these custom modes aren’t officially listed under game mode types in Mordhau, they still have the ability to function thanks to the involvement of the server host and participation of players within the server. The reason the “Duel” servers work is because everyone is on board with the idea. Want to create a server where the only combat is fisticuffs? You’re freely able to do that, though the “Rent Server” option can be somewhat tricky as of right now.

After reviewing the list of available game modes in Mordhau, which one is your favorite? Do you prefer to focus solely on Frontline, or are you someone who enjoys participating in user-created modes like Duels? Let us know down in the comments below!

Now that you know all of the game modes in Mordhau and how they’re played, be sure to check out some of our other guides including how to use the Lute in Mordhau, our picks for the best weapons in Mordhau, and how to Feint in Mordhau.