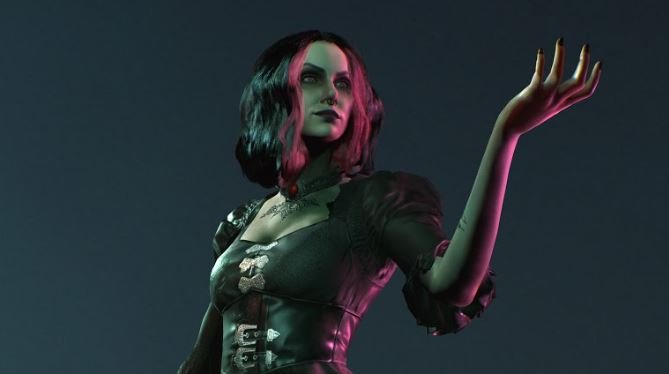 Paradox Interactive made fans of Bloodlines extremely ecstactic when they revealed Vampire Masquerade - Bloodlines 2 earlier this year, and since then they've kept up the hype with more info about the different clans players will meet in-game. The latest reveal? The Tremere and what exactly about them makes them so ferocious.

According to Paradox, "Often referred to as usurpers, hermetics, blood witches, or worse, the other vampire clans share a general distrust of the Tremere. Despite this, the other clans respect the sheer power of the Tremere’s blood magic, turning those willing to offer their services into valued, if uneasy, allies. Long before Seattle, the Tremere began as occultists who were seeking immortality. Even though they found a way to live forever, the price they paid bound their magic to blood. The origin of their curse is mostly forgotten but continues to color their interactions with other Kindred. The Tremere were not allowed in significant numbers in Seattle - until recently..."

They definitely have powerful blood magic at their disposal, making them a true force to be reckoned with. Their power also unlocks two new disciplines, which you can see below:

For those that choose to fall inline with the Tremere, they can still utilize their powers from their Thinblood past.

Sounds awesome, right?! We unfortunately don't have a release date at this time, though more and more information is on the way just ahead of E3! Excited for the next step in the Bloodlines franchise? Sound off with your thoughts in the comment section below!