Add a little music to your next battle by equipping the Lute in Mordhau. 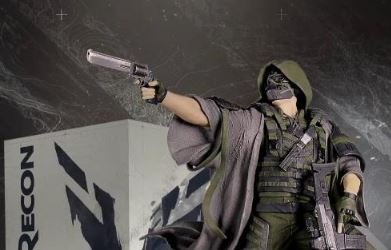 Would you fight for the Night King? How about a Night King Xbox One S? Loyalties will definitely be tested.

Despite a full reveal happening tomorrow for May 9th, it looks like the Ubisoft team got a little too excited about what's next for the Ghost Recon franchise because they accidentally leaked Ghost Recon Breakpoint when a listing for the collector's edition went live on their site.

Apparently Ubisoft decided to forgo Walmart Canada entirely and just decided to leak their new game themselves. First spotted over on Reddit, the latest leak shows us our first look at what Ghost Recon Breakpoint has to offer in addition to a pretty swanky looking statue:

For those excited for what's next, the official reveal will be going live tomorrow morning at 11:30 AM PT. Ubisoft has graced fans with little teasers here andt here, including full-on videos regarding a fictional faction.

Impatient for tomorrow's reveal? Wildlands has some pretty cool stuff going on! The latest operation, Operation Oracle, is now available where players will meet Major Cole D. Walker. The new Ghost Team Leader, played by Bernthal, takes the player on a mission to extract a Skell Tech engineer that has been taken custody by Unidad.

What do you think about the latest leak? Big whoopsie, or was it intentional to build hype? If the latter, did it work? Sound off with your thoughts on what's next for the Ghost Recon franchise in the comment section below!