To comply with new rules, Tencent pulled PlayerUnknown's Battlegrounds to replace the violence. 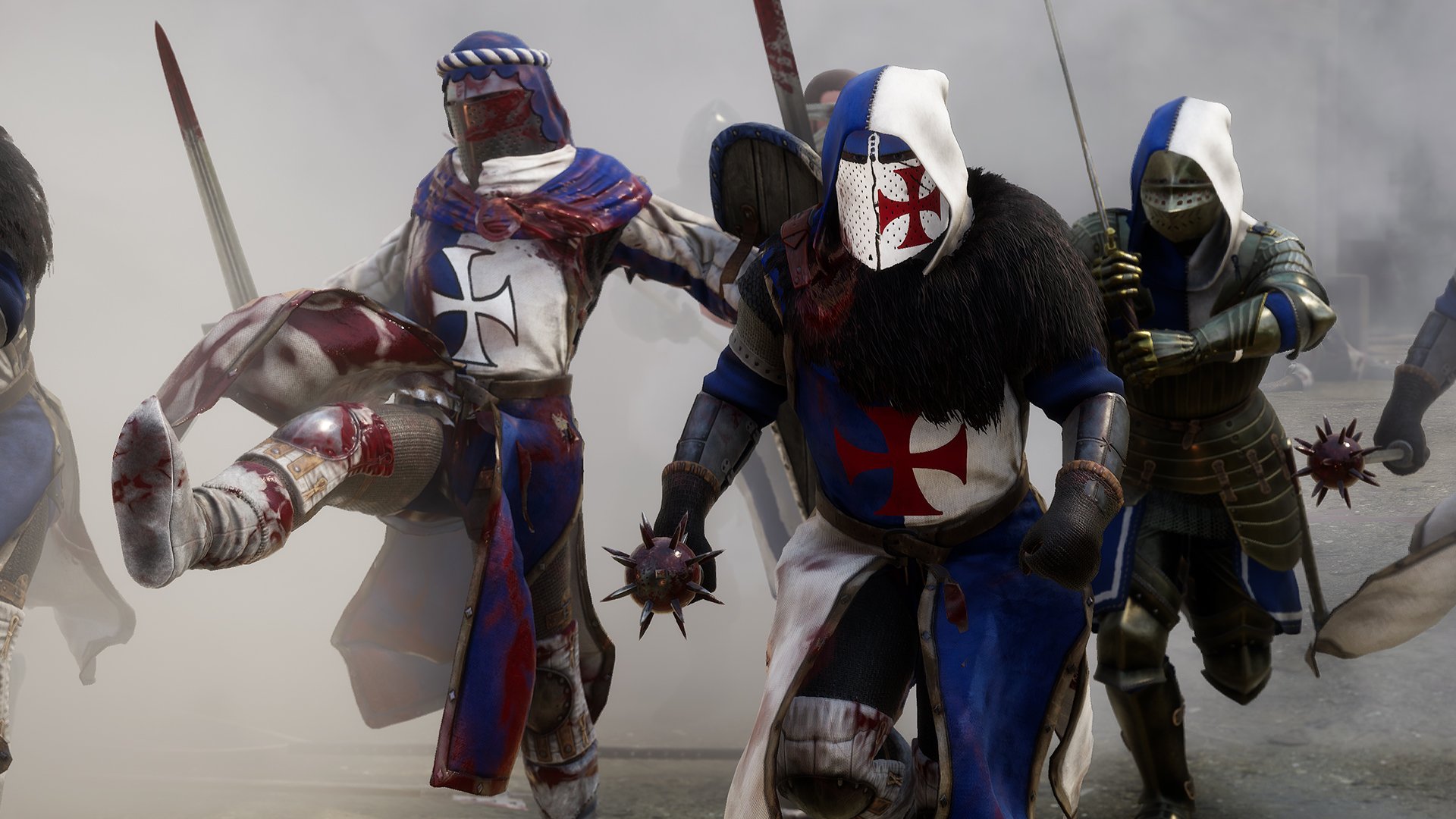 How to equip the Frying Pan in Mordhau

Can you play Mordhau in third person?

Tips on how to change perspective in Mordhau from first to third person.

There are a wide variety of weapons to choose from in Mordhau from swords like the Zweihander all the way to a Frying Pan. Unlike traditional swords and axes, equipping a frying pan is a bit less straightforward. As a knight in full armor, you won’t actually be able to utilize the Frying Pan. Instead, you’ll need to strip down and commit to a slightly different role. Confused? We’ve got you covered!

Below, we’ve put together a quick guide explaining how you can equip the Frying Pan in Mordhau.

How to Equip the Frying Pan in Mordhau

Before you jump into a match, you’ll need to run through a series of steps and select the appropriate fighter type to ensure you’re able to equip the Frying Pan in Mordhau. First, you’ll need to select the “Peasant” perk for your fighter. By selecting the Peasant perk, all of your armor will be removed and the type of weapons available to you will change.

Next, you’ll want to look at these new weapon options and cycle through them until you spot the Frying Pan. As one of Mordhau’s cheaper weapons, the Frying Pan will only set you back two Gear Points to equip. Once you’ve equipped the Frying Pan, you’re ready to jump into a new match and scramble your opponents with it!

You can either melee with your Frying Pan, or throw it at your opponents. Note that if you throw your Frying Pan, you'll need to retrieve it afterwards by walking up to it and pressing "E" to pick it up off the ground (or the corpse of your opponent). To ensure you have plenty of Frying Pans to throw around, keep in mind that you can equip three different Frying Pans thanks to their low Gear Point cost.

While it may not deal out as much damage as a Zweihander or Longsword, the Frying Pan is one of those weapons that spice up the game and make it a lot more fun to play, especially when you pair it with silly voice commands! For more on how the Frying Pan works in Mordhau, be sure to check out the hilarious video below, courtesy of YouTube user Heroic Jell-o!

Now that you know how to equip the Frying Pan in Mordhau, be sure to read through some of our other guides including how to build Ballista in Mordhau, our picks for the best weapons to use in Mordhau, and how to Feint in Mordhau!