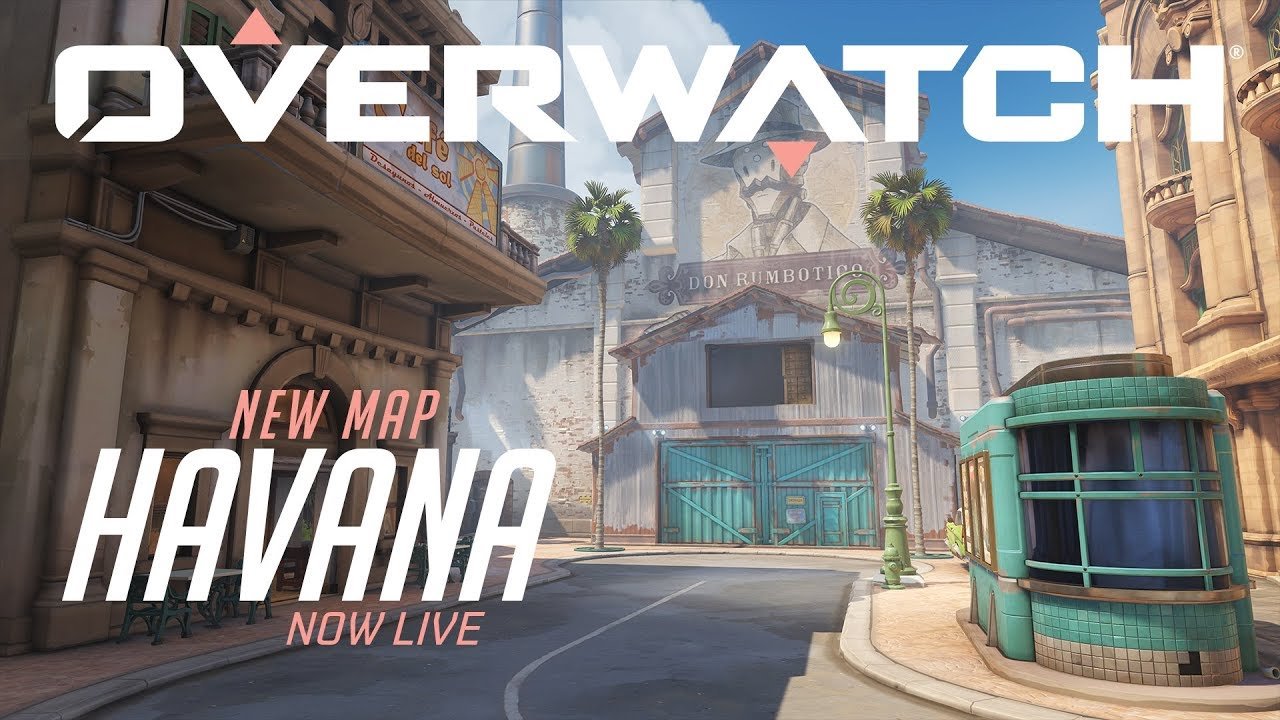 Riding high off of the latest event, Storm Rising, the latest Overwatch map has arrived bringing beautiful Havana into the world of Blizzard's hit FPS.

According to Blizzard about their latest addition, "Havana is a new Escort map set in the region where one of the infamous members of Talon's council, Maximilien, operated. For a time, this shadowy organization plagued the local populace with their corruption and crime. Eventually, an Overwatch Strike team was deployed to extract Maximilien with the purpose of gaining intel on a mysterious Talon counterpart, Doomfist."

As seen in the video above, the newest map bears some similarities to other maps in the game, but is striking enough on its own to truly show off what it has to offer. It's also littered with Easter eggs for those that love to hunt for anything regarding Overwatch's surprisingly detailed lore.

The latest location was also a huge hit during the Storm Rising event and offers tons of places for those heroes that have unique ways of transversing the map. Widowmaker, Genji, and Hanzo mains basically have a complete free-for-all with all of the high ground, though there are enough crevices for Torbjorn mains to enjoy as well.

But the studio isn't just stopping at a new map escort map! Though everything is still pretty hush hush at this time, Blizzard has already confirmed that they have several new heroes ready to be revealed in addition to new animated shorts, companion comics, and so much more!

Players can take part in the fight against Talon now because Havana is now live for Xbox One, PlayStation 4, and Xbox One gamers.