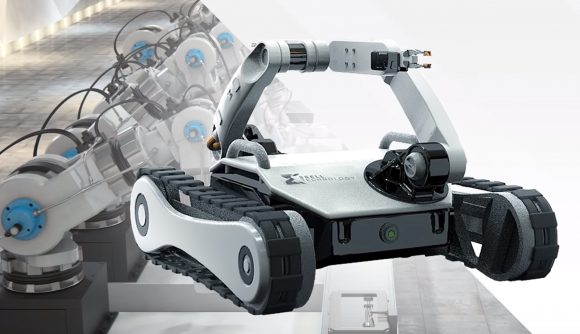 Ubisoft is teasing a new Ghost Recon game for next week with a special message about the "Skellcon." Skellcon is a fictional sect branching off of Skell Technology. Those that played Ghost Recon Wildlands are already familiar with Skell Technology, even more so with the latest update starring The Punisher actor Jon Bernthal.

The team craftily created a website for Skell Technolgy to promote their upcoming reveal with a May 9, 2019 event beginning at 11:30 AM PT. While Ubisoft has been careful not to give away too many specifics, many are hoping for a Ghost Recon Wildlands 2, especially with the close-knit connection with the previous title.

For those looking to dive in even more, you can also check out the video above to see the video that Ubisoft previously teased back in December 2018, which at the time was thought to be teasing the latest DLC that just dropped this week with The Punisher star. With rumors circulating around about a new Tom Clancy game for quite some time, it looks like Ubisoft is finally ready to reveal what they've been working so hard on.

As for the latest Wildlands DLC, the latest operation, Operation Oracle, is now available where players will meet Major Cole D. Walker. The new Ghost Team Leader, played by Bernthal, takes the player on a mission to extract a Skell Tech engineer that has been taken custody by Unidad.

Even better, Ghost Recon: Wildlands is free-to-play this weekend, making it a good time to jump in and see what all the fuss is about ahead of next week's mysterious reveal.