How to find the Shroudbreaker in Sea of Thieves' Tall Tales

Your simple easy guide to getting the Shroudbreaker in Sea of Thieves' first Tall Tale. 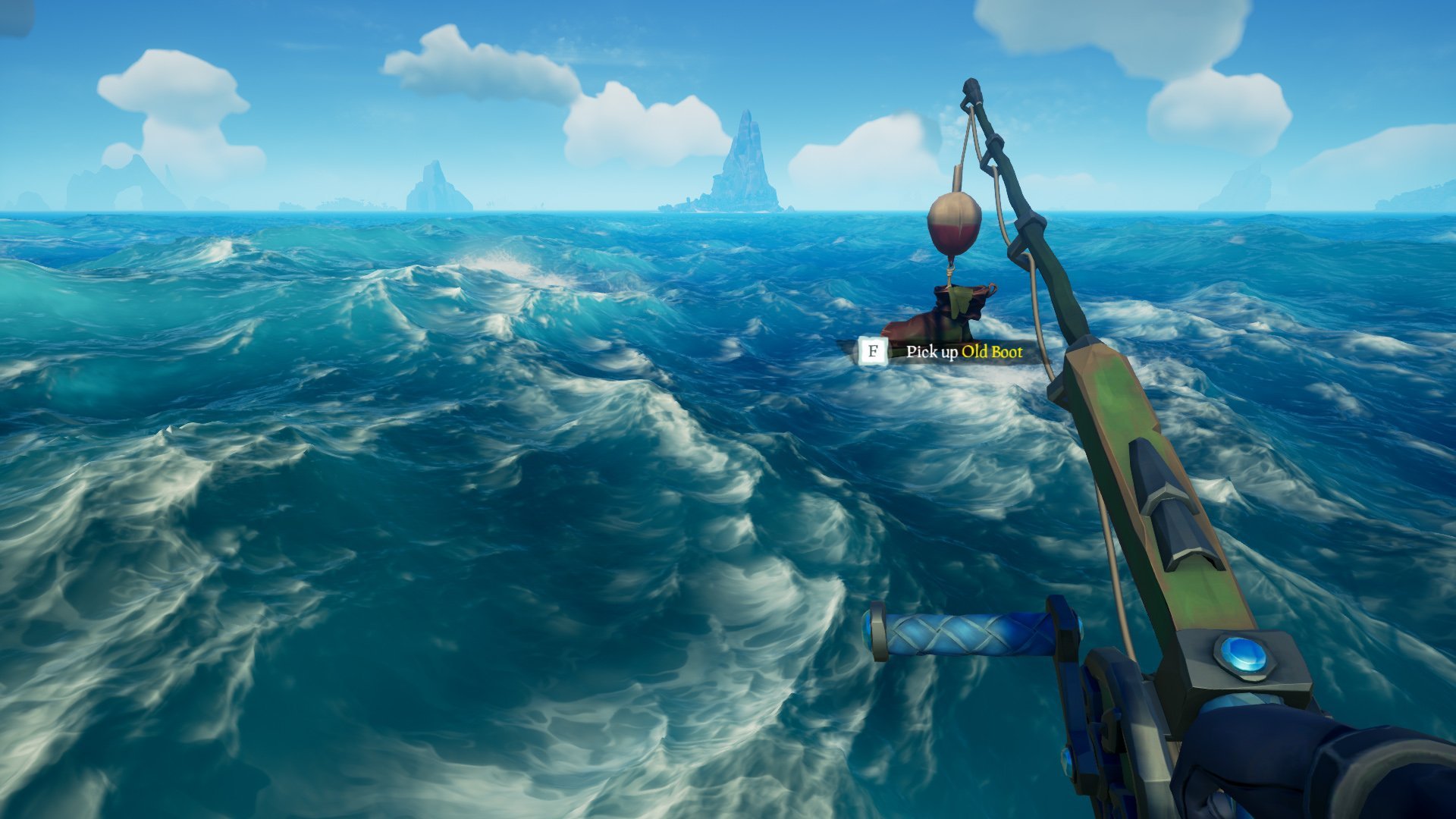 PlayStation Plus games for May revealed

Overcooked and What Remains of Edith Finch join the May lineup for PlayStation Plus subscribers.

If you’ve just hopped back into Sea of Thieves following the Anniversary Update then you’ll find a whole new range of activities waiting for you. One new mechanic is the ability to fish whenever you like. Learning how to fish is easy, but to catch anything you’ll need to master the use of different bait types, as well as how to reel in properly. The good news is that fishing isn’t just a good way to pass the time, you can also cook and sell your catch! Read on to learn how to fish in Sea of Thieves.

You can fish pretty much anyway there’s water in Sea of Thieves, and that includes off the back of your ship. The fish you’ll catch will depend on the area you choose to fish, so try it out in a number of spots to see the results!

To start fishing, you first need to equip a fishing rod. This can be done by opening the equipment wheel and selecting the fishing rod from the top position. Next you can either cast your line out or add special bait to attract a certain fish type. There are three types of bait: earthworms, leeches and grubs. Attach your preferred bait by hitting the bait button.

How to fish on Xbox One

The right trigger is used to cast your line out and reel it back in slowly, while the left can be pressed to pull the line in immediately. You can also pull the rod left, right, up and down using the left analogue stick. You’ll need to do this to tire the fish out and make it easier to catch.

To give you clues, the controller will vibrate whenever you make the wrong move while fishing, letting you know that your line might break. This will happen if you pull the rod in the wrong direction based on the fish’s pull or try to reel the fish while it swims. Do this too often and the line will break

To correctly tire the fish out and catch you, wait for it to bit and then pull the rod in the opposite direction to the way the fish pulls. As soon as the fish stops moving and the line slackens, start reeling in with the right trigger. Stop when it begins moving again. Eventually you’ll pull the fish close enough that you drag it out of the water. Hold X to grab the fish from the hook and pose for a great photo opportunity.

How to fish on PC

The principles of fishing on PC are the exact same as on console, but if you’re using a keyboard and mouse then the controls will differ. The left mouse button is used to cast and reel slowly, while the right will pull the line in straight away. Instead of the analogue stick, use the WASD keys to pull against the fish. The only downside to this control scheme is that you won’t have the rumble feature to warn of the line breaking.

To summarise for both platforms:

How to cook fish

So long as you have a stove and a frying pan (these should be on your ship), you can cook fish. All you need to do is equip the fish to your hand and place it on the frying pan. Keep an eye on it and remove it before it burns. The fish will change color as it cooks, and you’ll want to take it off when it’s golden brown and the eyes turn white.

Where to sell fish

If you don’t want to eat it yourself, you can sell fish at any of the seaposts scattered around Sea of Thieves. All you need to do is visit the Hunter’s Call member who’ll purchase it as well as any meat or mermaid gems for a fine price.

Thanks to Shacknews for their lovely gfys.

Learning how to fish in Sea of Thieves is good fun, but it’s far from the only new thing to try out in the Anniversary Update. We’ve also got guides on how to start the Tall Tales mission, and where to find Merrick now that he’s returned to the game.