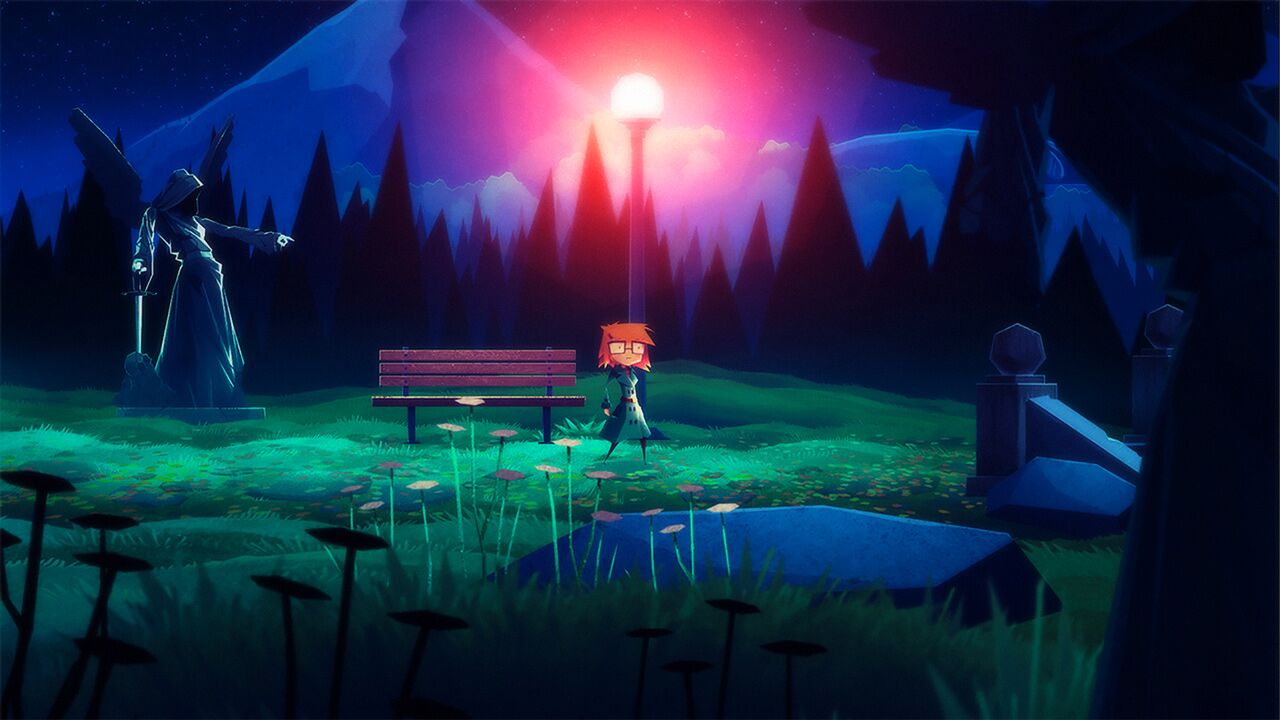 Every week, game developers worldwide share their works in progress with Twitter via #screenshotsaturday. At the start of each week, we take a look back at the cracking submissions from the weekend to bring you three interesting games in development. We’ve got out detective cap on this week as we hunt down killers, corruption and some cool, cool cats.

This is Timbert. He is a Lumbering Titan pilot who enjoys chopping wood but gets easily frustrated.

Sparklite is an isometric action-adventure which follows Ada, an engineer shipwrecked in a foreign land. Exploring procedurally generated worlds, she’ll tackle strange beasts and ultimate topple the exploitative giants of the mining industry. Sparklite is both the power source and lifeblood of the world, and while most inhabitants channel it peacefully, the villainous Baron has begun to mine and burn it to fuel his war machines. Ada must travel to each of the Baron’s dig sites, defeating the bosses there to save the world.

Sparklite’s colorful pixel art and speedy combat is immediately reminiscent of indie hit Moonlighter, but Sparklite’s emphasis on gadgets and gear should help give the combat a good deal more oomph. Filled with impressive animations, we can’t wait to see more of the game when it launches later this year. The official website promises Sparklite will be coming to consoles, but for now you can wishlist the game on Steam if you’re keen.

Have you ever seen how a video game is rendered? It's pretty neato and this all happens at least 60 times a second! (open gif in new window to read labels)https://t.co/o0R5J93cSO #screenshotsaturday #gamedev pic.twitter.com/yydFF2cFQo

While we all love a good doggo, here at AllGamers we’re very much cat people, so when a game offers the chance to run a Cat Cafe, we can’t help but take a look. Calico’s story is as relatable as they come: a young magical girl inherits her aunt’s aged cat cafe and needs to spruce it back to life with an influx of furniture, food, customers and cats. We’ve all been there.

Based on games like Harvest Moon and Animal Crossing, Calico is intended to be a low-stress experience, without negative consequences. Your animals won’t die over time, and plants you grow will stick around as long as you want them, letting you enjoy the satisfaction of watching the shop expand without feeling compelled to keep up busywork. And for anyone who thinks cats aren’t enough (you monsters), Calico also plans to include “raccoons, deer, dogs, turtles, red pandas, foxes, and many, many more cuties!”

Calico is currently running through the last days of its Kickstarter campaign. The project is already funded, but you can still back it to help development, push towards stretch goals, and score a copy of the final game. So far Stretch goals have added character customization and, more importantly, animals outfits to Calico. You’ll be able to dress your cats in Wizard hats when Calico releases on PC, Xbox One, Switch and PS4 next year. Check out the website for more details.

When Jenny LeClue’s mother is accused of murder, the young detective takes it upon herself to crack the case and uncover the truth that’s hiding in her town. Or at least, that’s how the story is supposed to go. You see, Jenny is actually the protagonist of a popular series bny renowned author Arthur K Finklestein. As well as narrating parts of the story, Finklestein’s interactions will allow you to rewrite parts of the tale, affecting both Jenny’s story and his own.

Jenny may only be a child, but as a detective she’s no amateur. Along with searching her surroundings thoroughly, Jenny can carefully observe her subjects during interviews. By panning the camera you may be able to spy telltale signs of a lie or information that’s being kept back. Focussed on story, Jenny LeClue promises impactful choices, with certain cliffhanger decisions tallied across all players to determine the canonical next step in the journey. and a narrative that’s

Jenny LeClue’s sharp-edged hand-drawn art is nothing short of gorgeous, and with a good sense of humor in the reveal video, it’s no surprise that the game blew past its Kickstarter goal several years back. Currently planned for release this year, the first volume of Jenny LeClue is set to bring its mysteries to Steam, PS4 and Mobile.